Environmental groups are putting pressure on: countries are demanding more money for the 9-euro ticket successor

Will there be a successor to the 9 euro ticket? The federal and state governments want to discuss this on Monday. 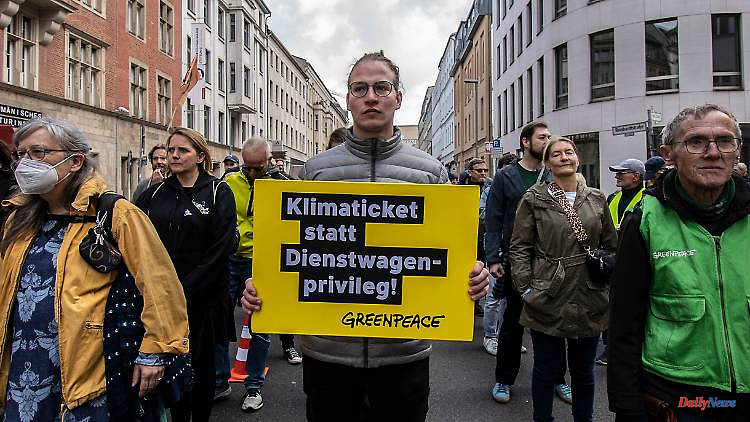 Will there be a successor to the 9 euro ticket? The federal and state governments want to discuss this on Monday. But there is still a dispute about the financing - the federal government should pay more. Meanwhile, environmental organizations are taking to the streets and demanding noticeable relief for citizens.

Before a special meeting of the transport ministers, politicians and associations reaffirmed their positions on possible successor solutions to the 9-euro ticket. Environmental groups repeated their demand for a so-called climate ticket for 365 euros a year, sometimes with protests. State politicians are confident that the federal and state governments will jointly find a solution for a successor to the 9-euro ticket in local transport at the meeting of transport ministers planned for Monday, chaired by Bremen.

Transport Minister Volker Wissing himself was optimistic. "I am convinced that on January 1st we will have a digital public transport ticket that is easy to book and valid nationwide at an attractive price," said the FDP politician to the "Welt am Sonntag". He rejects a link with the question of additional federal funds for local transport. The federal government's rail commissioner, Michael Theurer from the FDP, called on the federal states to submit funding proposals for a "Germany ticket" supported by the federal government.

The federal and state governments want to find out by mid-October whether there can be a nationwide local transport ticket, as the "Handelsblatt" reported, citing government circles. A working group should be set up at the special conference on Monday. At the next regular conference of transport ministers in October, the working group should therefore submit a joint proposal.

Two weeks ago, the traffic light coalition announced that it wanted to contribute 1.5 billion euros a year to a successor model for the popular nine-euro ticket - if the federal states in turn contribute to the financing. The nationwide ticket should then cost between 49 and 69 euros per month. But as several media reports, the federal states have one condition: In view of the increased general costs for this and the next year, they want an extra 1.65 billion euros from the federal government.

Meanwhile, environmental activists demonstrated in front of the FDP headquarters in Berlin-Mitte for the 365-euro climate ticket. They again called for the abolition of the fiscal company car privilege. Under the motto "Mr. Lindner: 1 company car or 50 climate tickets?" they parked a luxury car on one lane in front of the federal headquarters, and 50 people lined up in the opposite lane. A total of around 100 people took part in the campaign, Greenpeace said.

As a financing option for a follow-up regulation to the 9-euro ticket, the Greens had proposed the abolition of the so-called company car privilege, with which companies can deduct the costs of company cars from tax. "The promotion of a Porsche 911 as a company car costs the state as much money as the grant for 50 climate tickets for a maximum annual price of 365 euros," said Greenpeace.

Federal Minister of Finance and FDP leader Christian Lindner responded to the protest on Twitter: "One can only repeat: There is no company car privilege that could be canceled in order to win money saves the logbook."

The German Environmental Aid (DUH) also called for a reform of the "subsidy for climate killer company cars" and demanded that the federal government assume all of the costs for a solution to replace the 9-euro ticket. For a nationwide valid 365-euro climate ticket, the federal government would have to raise 4 billion euros per year. From the point of view of the DUH, the federal states should not be used for co-financing. Further federal funds are needed for the expansion of local public transport.

"With the equivalent of 29 euros per month, there is real relief for people who want to travel by bus, train and tram in a climate-friendly manner," said DUH Managing Director Jürgen Resch. The DUH criticizes that tickets with prices of up to 69 euros per month bring almost no relief to citizens. "Calculated over the year, that would be 828 euros - more expensive than many current regional subscription tickets. From October, Berlin will be the first federal state to introduce its own 29-euro ticket, which is valid throughout the city. But it should only be the time until a nationwide Bridge ticket, as announced by the Senate.

Mecklenburg-Western Pomerania's Prime Minister Manuela Schwesig from the SPD told the news portal "The Pioneer": "We are clearly in favor of a follow-up solution together with the federal government and, as a state, are ready for co-financing." Lower Saxony's Prime Minister Stephan Weil from the SPD also expressed "great interest" in a solution. Saarland Prime Minister Anke Rehlinger, also SPD, would like an agreement between the federal and state governments: "It is not enough, however, if the federal government puts 1.5 billion euros in the shop window here," she told the news portal. "The regionalization funds must be increased significantly."

1 After Russian withdrawal: Kharkiv region continues... 2 Ukrainians fight underground: Find out what the opponent... 3 Success of the reform: KSK commander sees new tasks... 4 De Vries speaks to Red Bull: F1 rookie surpasses Schumacher... 5 Hacker posts gameplay videos: Monster leak for "GTA... 6 Durable and economical: A good washing machine is... 7 Large customer survey: This is the insurer of the... 8 Shivering before winter: How cold can it be in the... 9 Questionable rental trend: Furnishing makes apartments... 10 Apples, chestnuts, nuts: Which fruits can I collect... 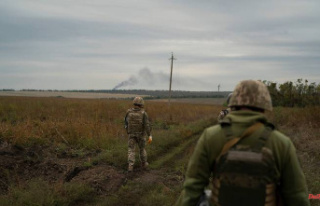