Expert Haertel on the EU and Ukraine: "The candidate status makes the Russians nervous"

Ukraine is to become an EU candidate this week - Scholz, Draghi, Macron and Iohannis spoke out in favor of this during their visit to Kyiv. 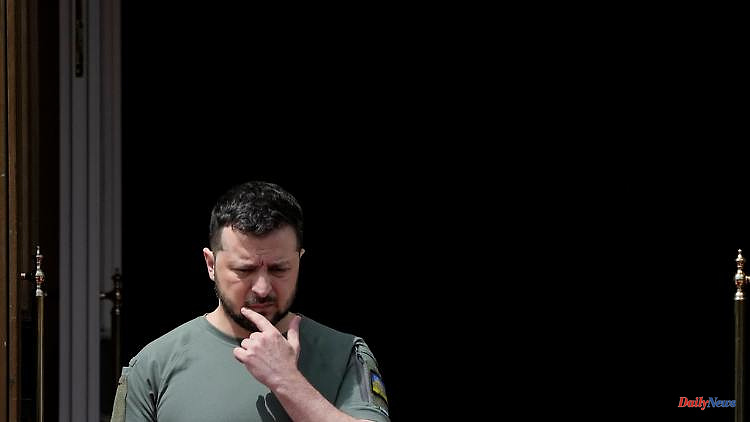 Ukraine is to become an EU candidate this week - Scholz, Draghi, Macron and Iohannis spoke out in favor of this during their visit to Kyiv. But arms deliveries are not being increased substantially. It would have been better the other way around, says Ukraine expert André Haertel from the Science and Politics Foundation.

ntv.de: Were you surprised that Ukraine should be given candidate status?

André Härtel: That surprised me. In the past few weeks, I've rather assumed that there would be a special solution. So that candidate status is granted for the time being, but Ukraine is given another year to initiate important reform steps more quickly and to qualify domestically and not just geopolitically. Or that the candidate status is canceled and another creative solution is found to tie Ukraine more closely to the EU. It also surprised me because in the last two months, since Ukraine and later Moldova and Georgia submitted their applications, we haven't had a proper debate in the EU what that means for their economic, institutional and geopolitical future.

What do you mean?

The why was not clearly communicated. There was no debate about what Ukraine's accession to the EU means. Nor was the geopolitical ramifications discussed, such as what that means for Russia. In 2013, the EU got itself into a very delicate situation with the association agreement. At the time, she ignored the rivalry over Ukraine with Russia. Even today, I don't see people addressing the fact that Russia is a power that has similar interests in relation to Ukraine. She, too, would like to integrate Ukraine and sees that as exclusive and not compatible with EU plans. That was ignored again, this time against the background of the war. It is again the case that no preparations are being made for the fact that this time Russia sees itself threatened not by NATO but by the EU. Even the Federal Chancellor did not express himself clearly during his trip. To this day, I don't think he has. From the point of view of German interests, he has not yet provided a very clear explanation as to why Ukraine should become a member of the EU and why it received this candidate status.

Putin has said Russia has nothing against Ukraine joining the EU. Was that a lie?

Putin doesn't let his cards be looked at. Russia is at war with Ukraine, and the Kremlin has not yet officially backed down from the maximum positions it had formulated before the so-called "special operation" began. In addition, the war is now being planned by Russia for the long term, i.e. for years. The Russian leadership therefore sees itself as having more leverage than the West when it comes to Ukraine's future. If things go well militarily, for example if you can fight in Kyiv again, Moscow sees the issue of EU candidate status as superfluous very quickly. Even with a favorable negotiated solution, Russia could demand that Ukraine not only declare itself neutral in terms of security policy, but also remain economically viable in all directions. We know that Vladimir Putin needs Ukraine in the Eurasian Economic Union.

Ukraine still has a lot of work to do before it can join the EU. Corruption is still a major problem, ranked as a problem of the century. Why did Ukraine nevertheless get the status of a candidate country?

There is a geopolitical background to this and it can be strongly discussed. For me the question is: why now? Now that the country is in an existential struggle and we should really only be talking about security policy and arms supplies.

Perhaps because it is an important signal of solidarity, the sign: You belong to us?

You could have done that in half a year and put your strength into things that are much more important. What good is candidate status for Ukraine or the EU if the country will no longer exist in a few months? The candidate status has no security policy component. How does he help her win this war against Russia? Ukrainians are fighting to keep their country within the old borders. They are not the first to fight for EU membership. I think Ukrainian society would have understood if the EU had said, now let's concentrate on security policy and military issues and in six months we'll decide what we're going to do with regard to EU membership. So we've been arguing for two months about something that won't do us any good to win this war.

Doesn't the candidate status also convey the message that the country is now being helped even more?

That's the big question. Does that happen? It actually has nothing to do with each other. The granting of candidate status is a political decision. Then a technical process begins over several years, in 35 chapters. This is not an entry into an alliance. That means no security guarantee. Apart from the fact that EU membership would not be a security guarantee either. The solidarity clause in the Lisbon Treaty is also not comparable to Article 5 of NATO. The granting of candidate status has no substantial security policy significance. Rather, it is a distraction from these issues.

They think you distract from not supplying enough weapons.

Exactly. That could be behind it. You did something that you can later refer to. Which looks great, which looks like a big deal, but doesn't reflect current needs and realities on the ground at all.

But Zelenskyy and the majority of Ukrainians wanted it anyway.

Of course, this was a historic window of opportunity for the Ukrainians. It was perfectly clear to them that they were defending democracy in Europe against the Russians. This allows them to build up moral pressure. They knew there might never be another promising moment toward candidate status. Nor am I criticizing the decision per se. I am criticizing the reasoning and that the whole story was probably not fully thought through. In addition to candidate status, military issues should also have been discussed. It should have been said what that means in terms of security policy. I miss this security policy support here.

Experts in Ukraine say we have to append at least one zero to our shipment numbers for them to mean anything. We know that the supply of arms is not sufficient even for the defensive, let alone for an offensive. Point! We have to ask ourselves other questions like: "Can they use it to attack Russia?" or "What would be a victory for Ukraine?" not talk at all. At the moment it is simply difficult for the Ukrainians to hold the front because they cannot counter this artillery fire. This is the reality on the ground. We need a solution for them. In my opinion, the candidate status is not flanked strongly enough by a security policy agreement. By that I mean not only arms deliveries, but also security guarantees for the future.

Don't you quickly become a war party if you give security guarantees now?

We have to think long-term. The necessary debate on security guarantees is the consequence of what I have just indicated. Without a security arrangement, candidate status makes no sense for either Ukraine or the EU. The conflict over where Ukraine belongs will continue. Even after a ceasefire or peace agreement, the potential threat of a new attack on Ukraine will remain high. The member states, together with other partners, must decide what a sovereign and free Ukraine is worth to them. The moment of truth has now come for the whole discourse about a "geopolitical Europe" and its "strategic compass" - in the case of Ukraine, an enlargement of the EU is unthinkable without security policy components.

Does that mean the EU should have left Ukraine to Russia?

No I did not say that. For me, that means you have to approach things holistically. You have to think about security policy aspects or prioritize them now, against the background of the war. It is perfectly clear that candidate status makes Russians nervous. This is perceived as an additional threat. So I ask the Brussels elite: What other security policy considerations do you have up your sleeve to turn the whole thing into a sensible policy? To edit that fact that this is now perceived as an additional threat? Except what has been delivered so far and the hundreds of millions of euros for weapons purchases.

What do you think the EU should do?

The first is arms shipments. But they would have to be large enough for the Ukrainians to be able to protect themselves with their manpower and material. So that further Russian territorial acquisitions become impossible or even the previously conquered territory can be regained. When the war is over, there must be security guarantees. The promise to Ukraine to ramp up the sanctions front and arms supplies for every attack, as was the case before.

How long do you estimate it will take for Ukraine to join the EU?

The Ukrainians assume five to seven years, sometimes ten years. But there is also the worst case, as in Turkey or some states in the Western Balkans, that nothing will happen and the period of time will be indefinable. There is probably also a lot of debate in Russia about what this candidate status actually means. Is that a symbolic act? What stumbling blocks are there before this even materializes? In the worst case, joining is delayed until the end of the day.

1 More weapons from Germany: Rocket launcher training... 2 Two thirds of French workers have experienced a decline... 3 Granges-les-Beaumont. Drome: A fire that ravages a... 4 Operator speaks of attack: fire in Russian oil refinery... 5 After negotiations with Russia: Turkish freighter... 6 Drome. Valencia: Two minors are arrested following... 7 Because of the deportation flight to Rwanda: London... 8 "Donetsk People's Republic": Moscow... 9 Russian army is in Ukraine: Lambsdorff does not believe... 10 Search for perpetrators by helicopter: Eight police... 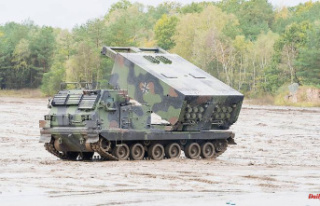