"Donetsk People's Republic": Moscow provocatively renames the square in front of the US Embassy

In the future, when US diplomats send mail from their embassy in Moscow, they will have to refer to the separatist "Donetsk People's Republic," which Washington does not recognize, in their address. 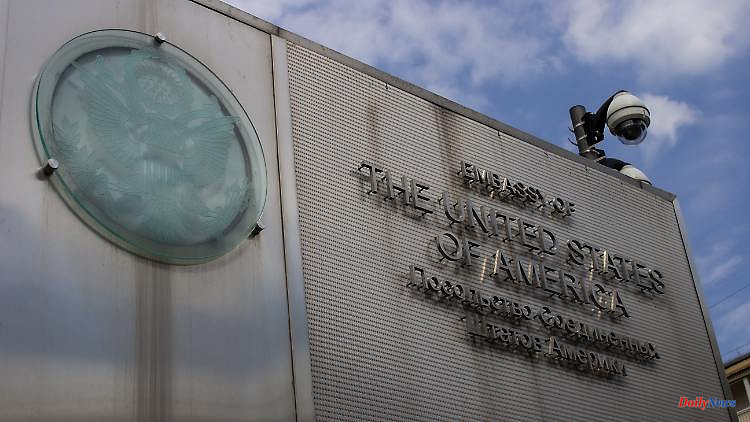 In the future, when US diplomats send mail from their embassy in Moscow, they will have to refer to the separatist "Donetsk People's Republic," which Washington does not recognize, in their address. That's what Moscow's city administration wants. The affront should also become clear with other naming candidates.

Russia names the square in front of the US Embassy in Moscow after the separatist "Donetsk People's Republic" (DPR), provoking new tensions with the USA. A corresponding decree on the renaming was published today by the city administration. The move will force the US embassy to refer to the DPR, which Washington does not recognize as an independent state, when posting its address in the future.

The initiative to rename the square came from the Moscow City Duma. The final name was determined by means of an online survey - however, in addition to the DPR, only "the defenders of the Donbass" and the separatist Vladimir Shoga, who fell in March, were available for selection. From the outset, the move was aimed at angering Washington. Kremlin spokesman Dmitry Peskov publicly supported the project.

Such provocation of diplomats is not a new phenomenon during Russia's war of aggression in Ukraine. In Washington, the square in front of the Russian embassy was renamed Boris Nemtsov Plaza in 2018, after Boris Nemtsov, a Russian opposition politician who was shot dead in 2014. Moscow reacted angrily to this.

The Czech capital Prague followed suit with Nemtsov Square in 2020 in front of the Russian Embassy. A path leading past the embassy was also named after Anna Politkovskaya, a journalist critical of the Kremlin who was also shot. The Russian embassy then used a consulate building for its address designation for a long time. After the start of the war against Ukraine, the Prague authorities changed the name of the street here as well. Since then it has been called "Street of Ukrainian Heroes".

1 Russian army is in Ukraine: Lambsdorff does not believe... 2 Search for perpetrators by helicopter: Eight police... 3 Paris: Rock, classical, and gospel - 12 events at... 4 55 percent casualties: London: Thousands of separatists... 5 3x3 Basketball / World Cup. Les Bleues win their debut... 6 "Enemy seeks full control": Ukrainian military... 7 Aurelie Dupont quits her post as Paris Opera's... 8 More threats against politicians: Canada's parliamentarians... 9 The Dauphine is for children. They were on a Space... 10 Who was Peter the Great?: Putin follows in the footsteps... 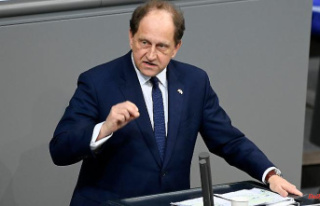 Russian army is in Ukraine: Lambsdorff does not believe...