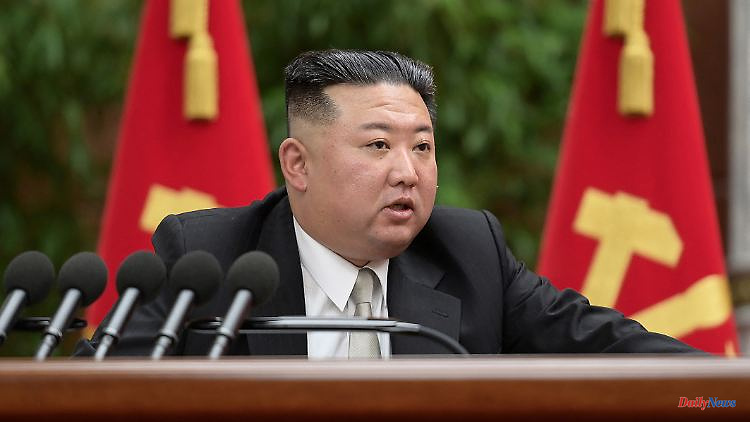 North Korea keeps provoking the South with new missile tests. Now ruler Kim Jong Un is stepping up the saber-rattling. The dictator is threatening to increase the number of nuclear warheads in Pyongyang drastically.

North Korea's ruler Kim Jong Un has announced a drastic increase in his country's nuclear arsenal. "In a situation where South Korea has undoubtedly become a clear enemy, the mass production of tactical nuclear weapons is important and necessary," the South Korean news agency Yonhap quoted Kim from a speech distributed by state media at a plenary session of the Central Committee of his ruling Workers' Party in Pyongyang.

"It is necessary to increase the number of nuclear warheads exponentially," Kim said. He also called for the development of new ballistic ICBMs and for sending a spy satellite into space as soon as possible.

According to the report, the multi-day plenary session ended on Saturday and was dedicated to the political priorities of the leadership in Pyongyang in the new year. In the middle of the week, Kim had already announced the expansion of his country's military clout and "new core goals for strengthening independent defense capabilities," which should be enforced in 2023.

He did not give any details at that point, which is why observers in neighboring South Korea assumed that he was referring to the goals that were formulated at a party congress in early 2021. At the time, Kim outlined a number of projects to strengthen the armed forces and expand the nuclear arsenal, including "first strike capabilities" and "retaliatory capabilities."

The conflict on the Korean peninsula has become significantly more explosive in recent months. North Korea has not only launched ballistic missiles at an increased rate, but has also intensified its rhetoric against the South Korean and US governments. The two countries' armed forces resumed full-scale joint military exercises this year because of the threat posed by North Korea's nuclear weapons program. North Korea is subject to tough international sanctions because of its nuclear weapons program.

1 Lufthansa only in 14th place: These airlines were... 2 Out of nowhere into the playoffs?: Green Bay Packers... 3 Smachnoho!: Anastasia is cooking for 2023 4 Condition "critical but stable": "Avengers"... 5 RTL announces candidates: These celebrities dance... 6 Work on vaccination against cancer: when the Biontech... 7 Quiet Firing: Slowing down on the job 8 Reusable packaging for gastronomy: what does that... 9 Baden-Württemberg: Ongoing strikes lead to train... 10 Bavaria: pedestrian is run over: seriously injured 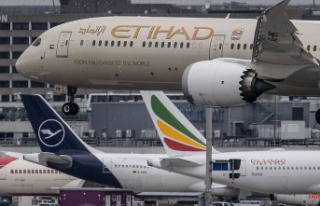 Lufthansa only in 14th place: These airlines were...