The FDP rejects the draft for a new citizenship law presented by the Federal Ministry of the Interior. 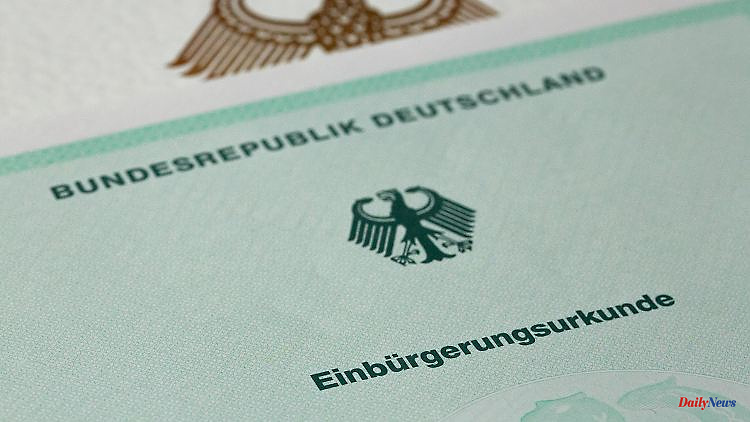 The FDP rejects the draft for a new citizenship law presented by the Federal Ministry of the Interior. It's less about the content than the timing: First, the immigration law must be renewed, says FDP parliamentary group vice-president Konstantin Kuhle. After that, "we can also talk about naturalization." Kuhle sharply rejects the accusation by the CDU and CSU that Federal Interior Minister Nancy Faeser wants to "sell off" the German passport: "I'm very annoyed that the Union hasn't learned anything new on the subject of immigration since the 1990s."

ntv.de: Chancellor Scholz says that a democracy lives from the opportunity to have a say. "Those who live and work here permanently should also be able to vote and be elected, they should be part of our country with all the rights and obligations that go with it." Do you agree?

Konstantin Kuhle: Yes, and a reform of nationality law is also agreed in the coalition agreement. Those who have integrated into German society and also meet the other requirements should be able to become German citizens more easily.

Obtaining German citizenship is the result of successful integration and is not the beginning. That's why we first have to talk about who should come to our country in the first place. To this end, key points of an immigration law will be decided in the cabinet this Wednesday. When we have completed this legislative process and have a functioning immigration law in Germany, then we can also talk about naturalization.

Both projects are part of an overall migration policy package from the traffic light coalition, to which the FDP is still committed. We agreed in the coalition agreement that there should be more regular and less irregular migration to Germany and that Germany should develop into a modern immigration country. Everyone who travels in our country notices that there is a shortage of workers in many areas - in gastronomy, in nursing, with the urgently needed IT specialists. It is therefore a dictate of economic sense to rely on immigration. Anyone who comes to Germany as an immigrant should also be able to become a German citizen after a certain period of time. In this respect, these two packages belong together. They will both be implemented. But in the right order.

What do you think of the content of the draft bill on nationality law that the Ministry of the Interior has presented? Could Interior Minister Faeser pull that out of the drawer once the immigration law comes into force, and you agree?

The draft from the Federal Ministry of the Interior contains many correct proposals. At one point, however, we as the FDP wish for an improvement. This concerns the issue of dual nationality. It is correct that the descendants of guest workers should be able to obtain a German passport more quickly and easily. However, this raises the question of whether it should be possible for dual citizenship to be passed on over generations.

That's true, and that's why a lot of naturalizations are already taking place with the acceptance of multiple citizenship.

The so-called multi-national quota for naturalizations last year was 69 percent.

That is why the FDP's election program and coalition agreement state that multiple states should be permitted in principle. But we have to ask ourselves why, as an immigration country - which we are - we talk about dual nationality in so many cases.

The reason is the failed migration policy of the last decades. She has contributed to the fact that people who came to Germany as guest workers or whose descendants did not apply for a German passport were not even able to apply for one in the past. That's why we not only have a cultural imprint over many generations that feeds on Germany and another country, but we even have several passports.

Do you want to change that?

No, in principle nothing speaks against dual citizenship. But in a modern immigration country there should be something of a finality to integration. Therefore, we should find a way of excluding inheritance of dual citizenship over several generations.

Is it not a problem for you that the Minister of the Interior wants to reduce the minimum length of stay from eight to five years, or to three years for special integration services?

There are formal criteria for granting German citizenship. This includes proof of sufficient language skills. This includes not having committed any crimes. Above all, this means being able to secure your own livelihood. According to current law, naturalization in the social systems is excluded. If it stays that way, there is nothing wrong with reducing the time you have to wait before you can get a German passport. That would even be a competitive advantage compared to other countries where it takes longer.

The draft bill also provides that 67-year-olds should also be given the opportunity to naturalize if they can get by with the German language in everyday life. Do you think there is anything against it?

This regulation also requires a critical review. Insofar as it relates to the generation of guest workers and their descendants, this is intended to take account of the fact that it was previously believed that these people would return to their home country - which is why there were not enough opportunities to learn the language. For this group it can make sense to talk about a route to German citizenship. However, I still have my doubts as to whether this should apply to all 67-year-olds. If a person over 60 comes to Germany today, then there are these opportunities to learn the language. That's why you should also make it dependent on when the people entered the country.

Your tapping on the brakes on the subject of citizenship law has nothing to do with the performance of the FDP in the state elections of the past few months?

No, that has something to do with the migration policy priorities of the traffic light coalition.

The accusation comes from the Union that the interior minister wants to "sell" the German passport.

I am very angry that the Union has not learned anything new on the issue of immigration since the 1990s. At the time, the Union vehemently opposed the immigration law. In the 1999 Hessian state election campaign, the then CDU top candidate Roland Koch collected signatures against the so-called double passport.

He was pretty successful with it.

But a lot has changed in Germany since then. Among other things, many more people are aware that in an aging society we are dependent on workers from abroad. You have to offer these workers something. This includes a modern immigration law, which also means that people can eventually become German citizens. With the rhetoric that the Union uses on this topic, it is acting against Germany's economic interests. I would like us as a traffic light to keep a cool head in the face of the Union's campaign. 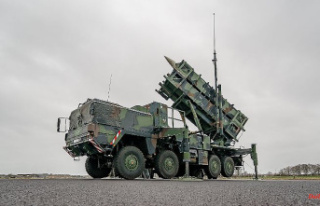