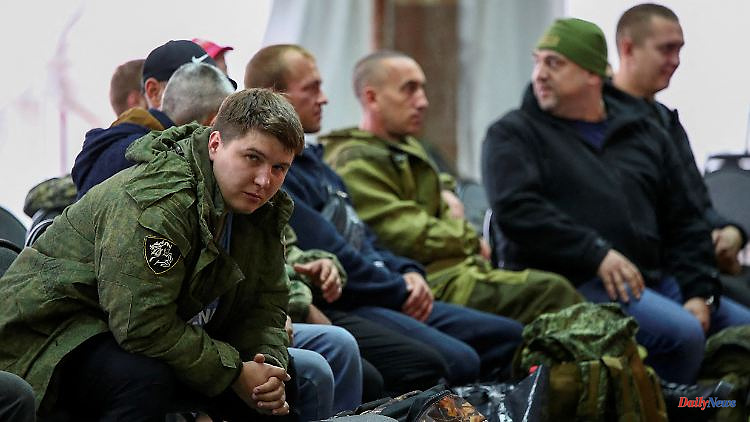 Russia wants to send 300,000 additional soldiers to Ukraine. There are actually fixed rules for who goes to the front. Yet many men are arbitrarily conscripted. Russians who work in the right profession - or have the right father - are spared.

On September 21, Russian President Vladimir Putin announced the partial mobilization of Russian armed forces. Just a week and a half later, the first new soldiers are already at the front in Ukraine - some without any training, as they themselves report on the Internet. According to the Ukrainian government, the first of them are already dead.

Others are waiting in barracks and huge dormitories for their training and, above all, what the Russian army cannot or will not give them: beds? Sleeping bags? sleeping pads? body armor? pressure bandages? Everything is missing. "If there aren't any left in the pharmacy, ask your relatives or look in the first-aid box in your car," the trainer advises the recruits on their way.

They are also said to have sent their friends to buy them pads and tampons for possible gunshot wounds to be used in Ukraine. "The cheap ones," says the trainer. "That's enough in this humid weather." They got this information directly from the front.

But most of them don't receive any training at all, said the Ukrainian presidential adviser Oleksiy Arestovich in the "Bild" newspaper. "They are poorly equipped, have no medication and are armed with rusty rifles. It's like a professional boxer fighting a schoolboy."

Statements that a Russian commander probably unintentionally confirms: A video of him circulating on the Internet in which he openly and honestly tells his new recruits that he has no idea where and with what weapons they would fight because he himself was only three years old days had arrived.

Anyone who has to go to the front for Putin is better off making a will: a former US general called the Russian reservists cannon fodder for Ukraine shortly after they were mobilized. Although these should actually be former soldiers who have already gained combat experience. This was announced by Defense Minister Sergei Shoigu. In addition, students, the chronically ill and Russians with several children under the age of 16 should be excluded from the mobilization. In theory at least, because there are already a number of testimonials circulating on the Internet from Russians who were drafted anyway.

It's your own fault, as Marat Usmanov, the military commissioner for the Altai Krai region in southern Russia, tells them in a video. "That's what happens when you don't meet your obligations and forget to tell the police about changes in your family status or job."

More likely, however, as the independent Russian online media The Bell reports in conjunction with the Moscow Times, many regions simply set quotas for mobilization and then drafted whoever was available. For days there have been loud complaints from reservists and their families to stop this madness.

This message has officially reached the Kremlin: On Friday, Russian President Putin asked the military to correct all conscription mistakes. Anyone who was mistakenly sent to the front must return home.

Russians who want to make sure they don't go to the front "by mistake" in the first place probably have only one choice right now: flee abroad. But this is an option that is particularly suitable for wealthy Russians. Who can afford to stay abroad for weeks or months or years and build a new life for themselves.

For everyone else it means: being lucky - or working in the right profession: Pilots in Russian aviation are not among them. Just one day after the start of the mobilization, employees of at least five airlines have received their draft notice. Some Russian airlines fear that 50 to 80 percent of their male employees could end up on the front lines in Ukraine. Because many pilots did their training with the Russian Air Force and are still registered as reserve officers.

The situation is different in sectors that are assigned to the defense industry. After the start of the mobilization, the Russian General Staff declared that employees of these companies need not fear being called up. At the same time, the defense and finance ministries had published a list of other jobs and criteria that are also spared. These include Russians who work in IT, for a telecommunications company, in the media or at a bank. This is necessary "to ensure the operation of certain high-tech industries and the financial system of the Russian Federation," the Defense Ministry said.

Others, on the other hand, rely on their connections in the government apparatus. Nikolay Peskov, the son of Kremlin spokesman Dmitry Peskov, apparently fell for a prank call from the Navalny movement. During the conversation, two supporters of the imprisoned opposition politician pretended to be a military administration and asked the Peskow offspring to come to the military check-up the next day. Nikolay Peskov then asked rhetorically whether the administration knew who he was and, without waiting for an answer, said: "To make it short: I will clarify the matter at another level." It has not been verified whether the person called was actually the son of the Kremlin spokesman.

The Russian airlines certainly want such contacts too, but instead they have to rely on arguments such as the "safety of domestic aviation". Several airlines are said to have already drawn up lists of employees who are considered essential for safe operations. These should not only be pilots, but also air traffic controllers, technicians or IT specialists.

Russian manufacturers of microelectronics and computer technology that are not part of the defense complex are also fighting for an exemption for their almost 200,000 male employees. One of the main arguments is that most electronics developers and other companies in the industry, while not fulfilling military-related contracts, do fulfill government contracts, as reported by the Russian business daily Kommersant. A major concern is said to be that the loss of employees, even if they survived the assignment in Ukraine, could have major long-term economic consequences.

The European rating agency Scope also fears this. She expects the mobilization to further paralyze the Russian economy - but not only because thousands of skilled workers and specialists could die, but also because new sanctions are now threatening again, which are likely to further restrict the trading opportunities of state and private companies and also banks in Russia . The economic experts are therefore already talking about a lost decade: the Russian economy will probably need until around 2030 to reach its pre-war level again, they say.

1 Corona numbers are increasing: Lauterbach is pushing... 2 After withdrawing from Lyman: Anger is seething in... 3 Letters are late or lost: a wave of complaints overwhelms... 4 Fear of gas bottlenecks: "What matters is how... 5 North Rhine-Westphalia: Tram captured car in Bochum:... 6 North Rhine-Westphalia: Five injured in overtaking... 7 North Rhine-Westphalia: Crash with car: motorcyclist... 8 Thousands storm the pitch: more than 170 dead after... 9 Thuringia: Frequent wood thieves in the Thuringian... 10 Bavaria: 471 municipalities are waiting for subsidies... 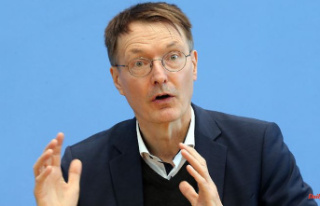