Defenders are coming under more and more pressure in eastern Ukraine. 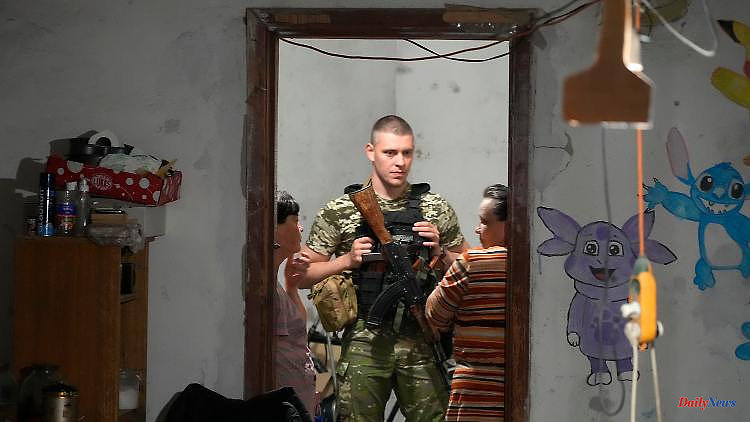 Defenders are coming under more and more pressure in eastern Ukraine. After the extensive withdrawal from Sievjerodonetsk, the neighboring city of Lysychansk is also in danger of being cut off. However, the Ukrainians were able to repel an attack on an important supply route.

According to the Ukrainian armed forces, they have fended off attacks on an important supply route for the city of Lysychansk in the east of the country. "In the direction of Bakhmut, Ukrainian fighters stopped the attack of enemy infantry between the villages of Volodymyrivka and Pokrovske," the Ukrainian General Staff said. An important supply road leads from Bakhmut to Lyssychansk past the above-mentioned villages.

The city itself, which has become the Russians' next strategic target after the Ukrainians largely retreated from neighboring Sieverodonetsk, is still under heavy fire. Both artillery and the Russian air force fired at Lysychansk. In addition, Russian troops "tried to block the city from the south," the general staff reported.

The Russian military had previously announced that Lysychansk had been blocked from the south. There have also been attacks on the Slovjansk - Kramatorsk - Kostyantynivka conurbation. According to the situation report, the Russian storm attempts were repelled from both the north and the south.

In the south of the country, the Russians had also tried unsuccessfully to recapture previously lost positions in the Cherson region with a counterattack. In the Black Sea region, which was occupied by Russia in the first days of the war, the Ukrainians recently launched a limited offensive and recaptured some towns. So far, however, these territorial gains have not been of strategic importance.

1 After fake video switch: Echter Klitschko wants to... 2 Ukraine wants to join the EU: the road is long - but... 3 After shots in front of gay bar: police in Oslo are... 4 Crude oil prices have been falling for some time:... 5 A clear conscience on the ICE: How climate-friendly... 6 Joe from Oldenburg is alive: Missing eight-year-old... 7 Bavaria: man attacks group with knife 8 Baden-Württemberg: high-rise building in Kehl evacuated... 9 Thuringia: The weekend in Thuringia will be bright,... 10 Delays feared: maintenance of Nord Stream 1 becomes... 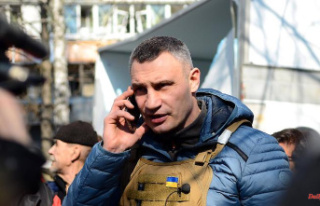