Meloni ahead in the election campaign: In Italy, fascism is part of folklore

Dealing with the recent past is comparatively carefree in Italy, fears of contact with post-fascists are rather low. 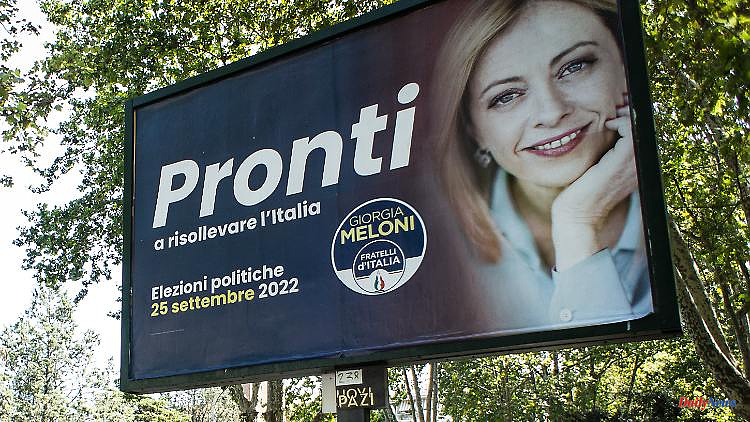 Dealing with the recent past is comparatively carefree in Italy, fears of contact with post-fascists are rather low. The reason for this is also a certain trivialization of the story.

Giorgia Meloni, leader of the far-right Fratelli d'Italia (FdI), recently recorded a video message in three languages ​​- English, French and Spanish, but not Italian - in which she proclaimed: "The Italian right has fascism, the robbery of democracy and the infamous anti-Jewish laws for decades. We also unequivocally condemn National Socialism and Communism. The latter is the only totalitarian ideology of the 20th century that is still in power in some countries."

Fratelli d'Italia, heir to the neo-fascist post-war Movimento Sociale Italiano (MSI) party, could emerge as Italy's strongest political force on September 25, leading the next government in Rome. The trilingual message is intended to have a preventive effect. After all, the financial markets could react negatively to a government headed by Meloni. The European Union could also quarantine Italy, as it did with Austria in 2000. At that time, the head of the ÖVP and later Chancellor Wolfgang Bowl formed a coalition with the far-right FPÖ, led by the late Jörg Haider.

But why are fewer and fewer Italians afraid of contact with the post-fascists, as the successor parties to the MSI are called in Italy? In the last parliamentary elections in 2018, the Fratelli had achieved just over 4 percent. According to polls, the party is now at over 24 percent.

The reasons for this are diverse. On the one hand, there is disenchantment with politics, everyday worries and a lack of future prospects. And since everyone except Meloni's party has had a turn in the current legislative period, she now enjoys a higher reputation.

"Another reason is that some Italians have always relativized fascism," political scientist Damiano Palano explains to ntv.de. "And not out of ideological conviction, but out of defiance, as a reaction to the anti-fascists in the left camp, who in their opinion, citing the partisan resistance, always thought they were something better." This has led to an irreconcilable formation of fronts.

Before the "Tangentopoli" corruption scandal in the early 1990s, which swept away the old party system, many of these "anti-communists," as they called themselves, voted for the Christian Democratic Party (DC), which was dissolved in 1994. Then, when media tycoon Silvio Berlusconi entered the political arena, Forza Italia became their political home. "Berlusconi became the representative of a political monotony, qualunquismo, as the historical term goes, with which one could get one thing over against the progressives," said Palano.

With Berlusconi, the "Cavaliere", the relativization of the story turned into a banalization with an entertainment factor. In a 2003 interview with the British weekly newspaper "Spectator", Berlusconi described fascism as a "benevolent" dictatorship which had sent its opponents into exile in "spa towns". Another time he claimed that the Chinese communists would eat children. With comments like these, he not only broke taboos, but degraded the history of Italian fascism to folklore.

Speaking of folklore. A prime example of this is provided by the family grave of the Mussolini family in the small northern Italian town of Predappio, where the mortal remains of the "Duce" are also located. The tomb has been accessible again since renovation work last year, although part of the family was strictly against it. "Fortunately, the mayor gave his consent," said one of the organizers of this year's commemoration of Mussolini's birthday on July 28 in front of the cameras. "The grave is something of a gold mine for Predappio. If it weren't for it, many shops here would have to close." What is meant by this is above all the sale of devotional items: swastikas, wines, liqueurs and T-shirts with the likeness of the "Duce".

Berlusconi's opponents never tired of warning of the danger of an anti-democratic drift. "As a result, for many today the term anti-fascism is nothing more than an empty phrase," says political scientist Palano. The inability to face a serious confrontation and discussion about the recent past has largely led to this carefree attitude.

But that's not all. Since April there has been a small museum in Predappio commemorating the "March on Rome", which led to the seizure of power by the fascists in October 1922. Doesn't it sound like a prank that a hundred years later Italy could have a government headed by a post-fascist leader? "That's true," says Palano, "although the risks are not the same." After the end of the Second World War, society was said to have been heavily politicized, so much so that violent clashes between the camps repeatedly broke out. There is nothing left of that today. What Italy is now risking is its credibility at international level, especially in Europe.

1 Big discounts: Turkey diligently buys Russian oil 2 Inflation eats up corona cushion: IFO: Private consumption... 3 Ukrainian football league starts: air alert in the... 4 Ryastan region declares a state of emergency: Moscow... 5 Dead children in suitcases: authorities are looking... 6 Despite the mysterious death of fish: Poland wants... 7 John Farnham in hospital: "You're The Voice"... 8 New minimum wage: What will change for mini and midi... 9 After separation: who can stay in the apartment? 10 Study in seniors: Memory improves after brain stimulation 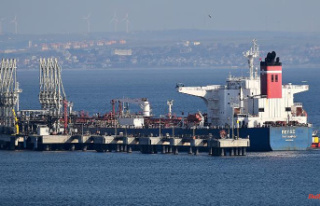