Ukraine has been defending itself against Russian attacks for six months, and the war in its own country is a constant companion for the Ukrainians. 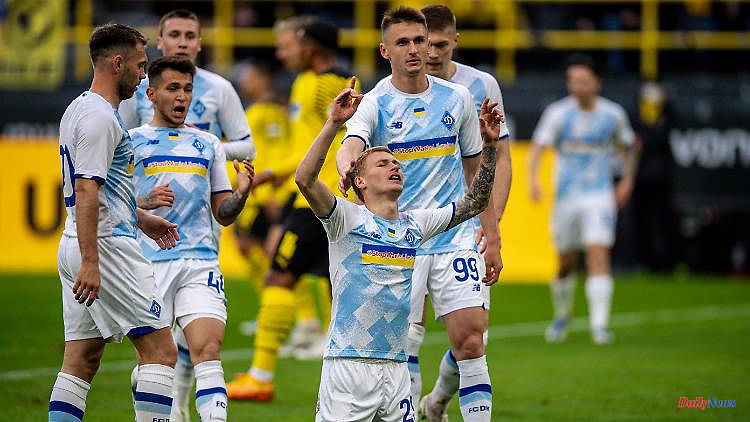 Ukraine has been defending itself against Russian attacks for six months, and the war in its own country is a constant companion for the Ukrainians. Nevertheless, the Ukrainian football championship is resumed. In a state of emergency, but connected with hopes.

It's been almost two months since Russian missiles last hit the Ukrainian capital, Kyiv. Nevertheless, the mood among Kievans and in society as a whole is a little more tense than usual these days. Many fear that against the background of National Flag Day on August 23 and, above all, Ukrainian Independence Day on the following day, which also marks half a year of the great Russian war of aggression, a Russian mass shelling could follow. Officials in the government district are advised to work from home these days. The opening hours of the Kiev metro will be shortened.

At the same time, on August 23 in Kyiv, the opening game of the new season of the Ukrainian Premier League will take place. Shakhtar Donetsk welcomes Metalist 1925 from Kharkiv in the Olympijskyj Stadium - without a spectator, but the fact that the league is held in their own country despite the Russian missile threat is a strong signal at home and abroad. "Preparing the team for a game in times of war is obviously difficult. It's a completely unusual situation," said Shakhtar's new Croatian head coach Igor Jovicevic. "We'll see what happens if there's an air raid alarm during the game, for example. Above all, we want to show that life goes on. It's difficult for us too, we're human too. But we want to make the fans happy. "

Last season was cut short right at the beginning of the Russian invasion. The provisional table was used, for example, for the allocation of places in the European Cup, but leaders Shakhtar were not named Ukrainian champions. In the run-up to the new championship, there was much speculation as to whether the Premier League would be held at least partially in Poland or in another Eastern European country. Many scenarios were discussed, but the great desire to play in Ukraine came directly from the presidential administration and personally from President Volodymyr Zelenskyy.

"I spoke to Zelenskyj about the importance of distracting people with football. Holding the league abroad would have been artificial," emphasizes Andriy Pavelko, President of the Ukrainian Football Association UAF, who speaks of a "historic championship". "to inscribe the spirit of Ukrainians in the history of world football". Only the participants in the European Cup are able to play individual games abroad - and this is due to the difficult logistics, because there is no flight connection to Ukraine due to the war. But Schachtar's coach Jovicevic doesn't yet know exactly what that should look like in practice.

In general, games are mainly played in Kyiv and in western Ukrainian cities. It remains unclear, for example, whether the wish of the newly promoted Kryvbas from Kryvyi Rih, Zelenskyi's hometown, to play at home around 100 kilometers from the front line, will be granted. In any case, local security authorities will have to approve the staging of each game and it is to be expected that venues could change during the season. An impromptu championship is therefore expected, with the calendar largely to be considered highly provisional.

An exciting topic is, of course, air raid alarms, which the regulations require to be strictly observed. For example, an air-raid shelter must be located no more than 500 meters from the stadium, and the game is immediately interrupted in the event of an air alarm. If the air alert lasts longer than an hour, those responsible can decide to move the game to the next day. Because air alerts are unpredictable and can occur multiple times a day, many unique situations are expected.

"From a sporting point of view, it could be a very exciting season," believes Oleh Shcherbakov, editor-in-chief of the leading sports portal Ua.Tribuna.Com. "The league has become much more balanced. Dynamo and Shakhtar are expected to be at the top again, but who will come in third after that is completely open. I don't trust myself to make any predictions." Interestingly, Dynamo is the clear favorite this time, although Shakhtar has been more successful on average in recent years. The team from Donetsk suffers more from the loss of many foreigners than the team from Kiev, who have been relying primarily on Ukrainians for a long time.

Behind Dynamo and Schachtar, they are watching with great excitement for the newly promoted Krywbass. In the past, the club from Zelenskyj's hometown was a traditional club, which, however, went bankrupt due to debt. A start-up was initiated by Ukraine's president in 2020, and while he is unlikely to have much influence over Krywbass' operational decisions, his confidant sits on the board. The quality of the squad is difficult to assess, but it is worth noting that Ukraine's top coach Yuriy Vernidub, who beat Real Madrid in the Champions League with Sheriff Tiraspol, is leading the team. Since the beginning of the war of aggression, Vernidub, who returned to Ukraine because of this, has been serving in the Ukrainian army, but has now received permission to coach a football team.

Two clubs in Premjer-Liha, on the other hand, will miss the new season due to the war, but will not lose their place in the top Ukrainian division. These are Mariupol and Desna from Chernihiv in northern Ukraine. Desna's stadium was massively damaged by the Russian army. However, the damage for the Premier League is significantly smaller than for the second and third leagues, where a total of 24 teams do not start. But there are also four newcomers.

The Ukrainian league may be a side issue for the fans, but they are largely looking forward to the new season. "My interest in football has of course diminished somewhat due to the war," says Pavlo, a Dynamo fan. "But it's nice that they're trying to do that by hosting the championship. I'll follow the season and wish Kyiv victory." The same applies to Shakhtar fan Danylo, who lives in the capital: "There are more important things than football, but despite all the risks, it's a step in the right direction and, above all, a right sign."

1 Ryastan region declares a state of emergency: Moscow... 2 Dead children in suitcases: authorities are looking... 3 Despite the mysterious death of fish: Poland wants... 4 John Farnham in hospital: "You're The Voice"... 5 New minimum wage: What will change for mini and midi... 6 After separation: who can stay in the apartment? 7 Study in seniors: Memory improves after brain stimulation 8 North Rhine-Westphalia: passer-by discovered a body... 9 Baden-Württemberg: bloody deed 27 years ago: the... 10 North Rhine-Westphalia: grass burns: children are... 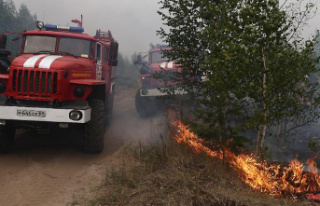