"Much too early" for a decision: Biden leaves open another candidacy for 2024

Trump leaves no doubt that he will run again for the US presidential election in 2024. 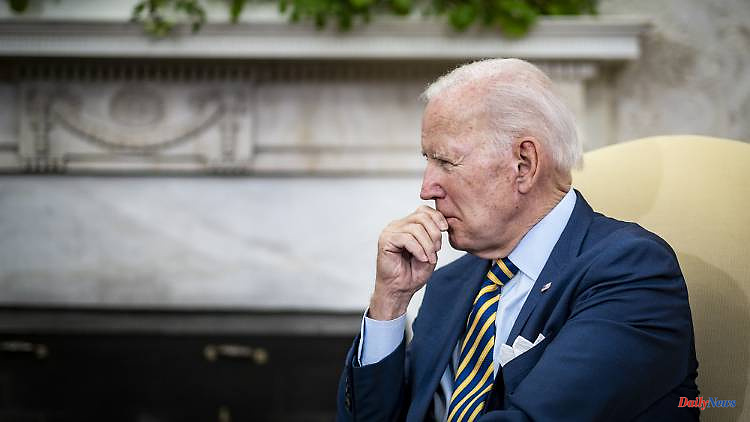 Trump leaves no doubt that he will run again for the US presidential election in 2024. The White House has repeatedly emphasized that his competitor and current incumbent Biden will also run. Biden is now raising doubts about that.

Contrary to earlier statements, US President Joe Biden left open in an interview whether he would run again in the presidential election in 2024. In an interview broadcast on Sunday (local time) on the US broadcaster CBS, the 79-year-old said that it was his "intention" to be re-elected - but added: "That's just the intention. Whether I'm determined to run again ? That remains to be seen."

The White House had previously said several times that Biden would run again in 2024. Now the President himself said that it was "much too early" for a corresponding decision. He has "great respect" for fate. When asked that he was already the oldest person ever to be President, Biden countered: "In pretty good shape, huh?" Asked about his low approval ratings, he said they indicated the US was going through a "really difficult time".

Biden also commented on the investigation of his predecessor Donald Trump. He described the storage of various top-secret documents in Trump's estate in the US state of Florida as "irresponsible". Biden said he wondered what information was contained in the documents that could compromise sources. He does not know exactly what is in the confiscated documents. "I didn't ask for the details of these documents because I don't want to get involved in the discussion about whether or not the Justice Department should take any specific action."

In early August, the FBI searched Trump's Florida mansion. The FBI confiscated various classified documents, some with the highest level of secrecy. According to the law, this material should have been given to the National Archives. Since Trump kept the records in his private estate after his term in office, he may have broken the law. This is now being investigated. The question is whether the Justice Department will press charges against the ex-president. Trump repeatedly claims that the investigations are politically motivated and speaks of a witch hunt. 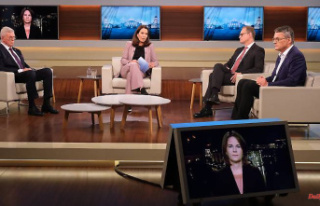 Ukraine talk with Anne Will: main battle tanks are...