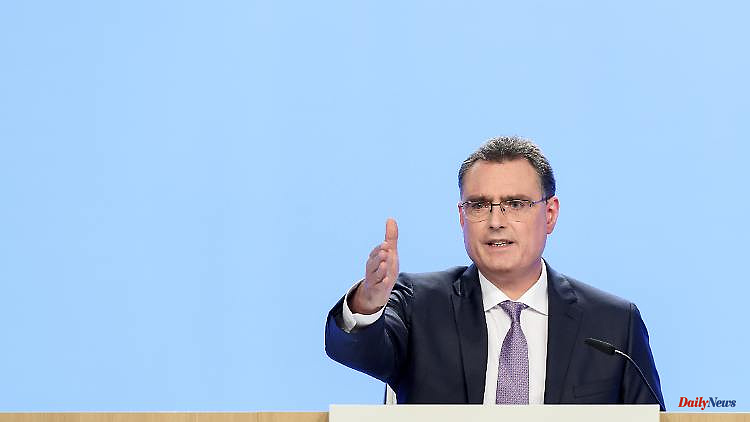 Inflation shocks Germany. Not so in Switzerland. There the prices hardly rise. Because the main problem of inflation in this country is neither the pandemic nor the Ukraine war. It is the ECB and its money glut that is systematically driving up prices.

In Germany, the rate of inflation has climbed to its highest level in almost fifty years: in May, the cost of life was 7.9 percent more than a year earlier. In Switzerland, on the other hand, prices are almost stable. In May, the inflation rate there was just 2.9 percent. So when German politicians shrug their shoulders and describe inflation as a stroke of fate, refer to the pandemic and the Ukraine war, then they are wrong. Inflation is not destiny. It is the result of wrong monetary policy. Because Switzerland suffers exactly the same blows of fate, but avoids the huge inflation through serious monetary and debt policies.

While the European Central Bank, under the presidency of Christine Lagarde, is pursuing a money glut policy, the Swiss National Bank, under the leadership of Thomas Jordan, remains on a tried and tested path of solid finances. The balance sheet total of the Swiss National Bank has increased by a moderate 20 percent since 2019. The ECB, on the other hand, allowed its balance sheet total to explode by almost 90 percent in the same period, creating spectacular new money and throwing it onto the markets. The ECB's total assets have increased from 4.7 to 8.8 trillion euros in a short space of time.

Since taking office at the end of 2019, Lagarde has pursued a downright uninhibited policy of multiplying money. €4.1 trillion in two and a half years means the ECB has put €4.5 billion of new money into circulation every single day. Economic researchers have long warned that all that money will inevitably lose value and inflate. Former Bundesbank President Jens Weidmann had desperately and in vain warned of the inflationary risks of such an excessive monetary policy - after all, he resigned from his office at the end of 2021 in silent protest. Now the development proves him right.

At the same time, the result of the ECB money glut is that the euro is softening in an international currency comparison and losing value on the foreign exchange markets. However, this leads directly to higher import prices, which also drives up inflation. In Switzerland the opposite happens. The strong franc makes imported goods cheaper and has a dampening effect on inflation.

Lagarde's policy of disinhibited money growth has a political reason. The zero-interest glut of money should make it easy for France and the southern European countries to refinance the high debt and mitigate the consequences of the pandemic. Here, too, there is a striking political difference to Switzerland. While many countries in the EU have fallen into a veritable frenzy of debt, the Swiss national budget remains solid. In 2021, Switzerland's public debt ratio was a moderate 27.5 percent of gross domestic product, while the members of the eurozone are on average indebted at around 95.6 percent of GDP. In Italy, the debt ratio is even 150 percent.

Excessive debt and an ultra-loose monetary policy are therefore negative on the EU side, while solid national budgets and a more serious monetary policy are positive for Switzerland. The result is very different inflation rates. For the ECB, the issue is extremely sensitive. Because the central bank is failing in its central task of creating monetary stability. While the President of the Swiss National Bank, Jordan, warns of an "unpleasant situation", Lagarde has been defending himself for months, pointing out that inflation is only a temporary phenomenon, that special factors such as the pandemic or supply chain problems are to blame, and that everything will soon normalize. Then it was said that the war had made inflation dangerous in the first place. The inflation rate had already reached its highest level in decades in January before the war broke out.

Criticism of the ECB's failure from the German traffic light government has so far been remarkably quiet. At the same time, it would fall back on the government's debt-mongering. CDU leader Friedrich Merz is now throwing down the gauntlet of both the government and the ECB and complains: "The level of debt in the euro zone continues to rise, and hardly any country is still complying with the rules of the Stability and Growth Pact.

The current federal government also incurs more debt in two budget years than all federal governments combined in the first 40 years of the history of the Federal Republic of Germany." Merz warns of "completely unchecked spending dynamics", especially in social policy. "High debts, a steeply increasing amount of money, a stagnant labor market coupled with a growing shortage of workers at virtually every skill level are a dangerous brew. We will pay a high price for this as a society, first in a deepening inflation, then in a stagnation of our economy, which has the potential for a deeper recession... This policy is reflected in the inflation rate."

This analysis is currently being shared on the stock exchanges. Prices continued to collapse at the start of the week due to growing concerns about inflation. More and more analysts are accusing the ECB of monetary policy failure. Federal Finance Minister and FDP Chairman Christian Lindner also recognizes the seriousness of the situation. "Inflation is a real threat," he warns this week, referring for the first time directly to Frankfurt: "The European Central Bank is responsible for monetary policy. It has a very great responsibility. We all have to be very resolute and act to ensure that the situation control is coming." The indication is clear for a finance minister: The pressure on Lagarde is increasing to finally dare more Switzerland.

1 Macron will be in Romania to welcome French troops... 2 Impossible to pay for Barça ?: FC Bayern apparently... 3 School canteens are trying to limit inflation 4 Miracle of evolution or plague?: Australians have... 5 All passengers dead: Missing helicopter found in Italy 6 Yes word on Mallorca: Nico Santos is under the hood 7 Rugby. National: Chambery hires a third-line in Pro... 8 Household contents insurance in the test: Expensive... 9 Stiftung Warentest: Many cross trainer models are... 10 Useful instead of unromantic: marriage contract ensures... 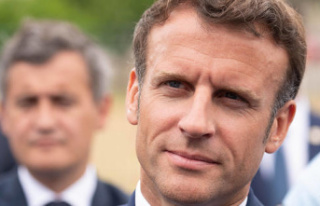 Macron will be in Romania to welcome French troops...