He is considered one of the fathers of German unity and is a key figure in the end of the Cold War: the ex-president of the former Soviet Union, Mikhail Gorbachev, died in his homeland at the age of 91. 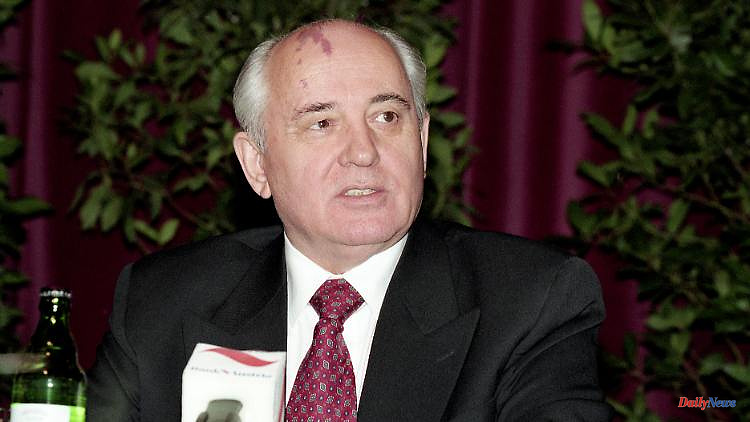 He is considered one of the fathers of German unity and is a key figure in the end of the Cold War: the ex-president of the former Soviet Union, Mikhail Gorbachev, died in his homeland at the age of 91.

According to Russian agencies, the Russian Nobel Peace Prize winner and former Soviet head of state Mikhail Gorbachev is dead. As TASS and Interfax reported from Moscow late Tuesday evening, Gorbachev died at the age of 91. The world-renowned politician was considered one of the fathers of German unity and a pioneer for the end of the Cold War. East Germans in particular still revere "Gorbi", as they call him, as a statesman who brought them freedom more than three decades ago.

In the 1980s, under Gorbachev's leadership, the Soviet Union signed groundbreaking nuclear disarmament and arms control treaties with the United States. In his home country, Gorbachev, as General Secretary of the Communist Party, initiated an unprecedented reform process with his policy of glasnost (openness) and perestroika (restructuring). This brought unprecedented freedom to people in the totalitarian system.

In 1990 Gorbachev received the Nobel Peace Prize for his courageous reforms. The political process led to massive upheavals in all republics of the Soviet state and ultimately to the collapse of the communist empire. A large part of the Russian population always saw the former party and head of state as the gravedigger of the Soviet Union - and as a politician without an instinct for power. Gorbachev resigned as President of the Soviet Union in 1991, before the state dissolved itself shortly afterwards. The new strongman in Moscow at the time was Russian President Boris Yeltsin (1931-2007).

Up until his death, Gorbachev had rendered outstanding service to his own political foundation in Moscow. The organization advocates democratic values ​​and a rapprochement between Russia and the West. Gorbachev wrote numerous books - most recently also about his disappointment with the Germans and the West. Specifically, he complained that new enemy images were being drawn against Russia.

For health reasons, he did not travel to the celebrations marking the 30th anniversary of the fall of the Berlin Wall in autumn 2019. He has had to be hospitalized repeatedly over the past few years. The politician was a co-owner of the newspaper "Novaya Gazeta," which is critical of the Kremlin and repeatedly uncovers abuses in Russia. In recent years, Gorbachev has repeatedly asked Kremlin boss Vladimir Putin not to further restrict the freedom of the media and elections. However, Gorbachev's criticism of Putin was always rather cautious. He spoke of the harmfulness of autocracy and compared the Kremlin party "United Russia" with the Communist Party of the Soviet Union. At the same time, Gorbachev nevertheless repeatedly supported the foreign policy of the Russian President.

Gorbachev has not publicly commented on the events since Russia's war of aggression against Ukraine began. According to a journalist who was a friend of the politician, Gorbachev was deeply disappointed by the war that Putin unleashed. Alexei Venediktov, editor-in-chief of the opposition radio station Echo Moskvy, said in an interview with the Russian branch of the business magazine Forbes at the end of July that he was of the opinion that the Kremlin boss had "destroyed his entire legacy and his life's work".

The statesman is buried in Moscow at the New Maiden Cemetery for celebrities - next to his wife Raisa.

1 Response to gas shock: Baltic Sea countries want to... 2 Bitter US Open for Germans: Petkovic says goodbye... 3 Bankruptcy after the suspension: Tuchel returns and... 4 Victory in their own stadium: RB Leipzig ends cup... 5 Mourning for statesman Gorbachev: "We will never... 6 Gorbachev is dead: hated at home, respected in the... 7 Only optional rule planned: FDP talks Heil out of... 8 No new boss found yet: RBB abolishes bonuses for executives 9 Mecklenburg-Western Pomerania: High demand and problems:... 10 Energy talk with Markus Lanz: DIW boss Fratzscher... 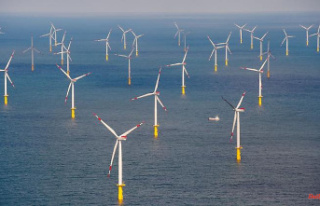