Showdown in Lützerath: why there is so much explosive power in a small town

The village of Lützerath Rhineland has recently appeared in the news again and again. 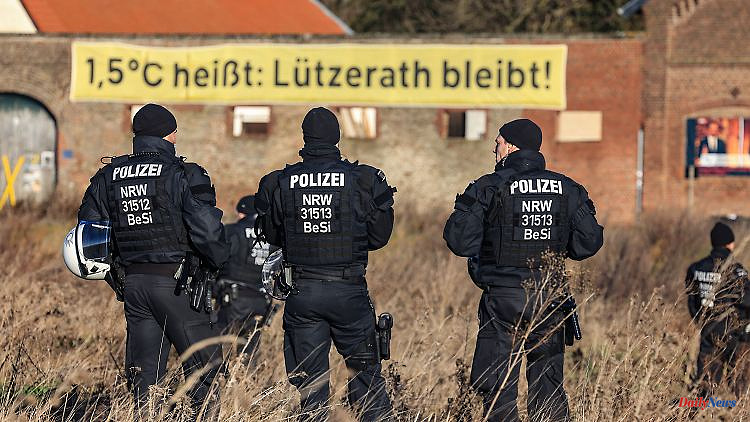 The village of Lützerath Rhineland has recently appeared in the news again and again. Climate activists keep the abandoned settlement occupied. They are faced with police forces, clashes, protests and barricades on country roads have repeatedly occurred in the past few days. But what is Lützerath actually about - and how will it all end? Here are the most important questions and answers:

What is the conflict over Lützerath about?

The Essen-based energy company RWE mines lignite in the Rhenish mining area west of Cologne. The village of Lützerath is also in the area of ​​the northern district. The meanwhile uninhabited village is to be excavated because RWE wants to expand the Garzweiler opencast mine and extract the coal lying beneath the site.

In October, RWE agreed with the federal and state governments to end lignite-fired power generation by 2030. According to the authorities, however, the coal under Lützerath would be needed to produce the quantities of coal required by then. According to the North Rhine-Westphalian Ministry of Economic Affairs, the coal is also needed to operate the lignite industry at high capacity during the energy crisis. Because of the energy crisis, there is an "increased demand for lignite, which is needed to maintain security of supply," it says officially.

But there are also other points of view: Expert reports from the CoalExit Research Group and the German Institute for Economic Research recently came to the conclusion that energy supply during the crisis would also be possible without the coal under Lützerath.

What do the environmentalists want?

Climate protectors are fighting to preserve the village and want to prevent it from being demolished. They want the eviction to stop. They warn of damage to the environment and animals and see compliance with the 1.5 degree target of the Paris climate protection agreement at risk. Environmental activists accused the Greens, who lead the economics ministries in the federal government and North Rhine-Westphalia, of "sacrificing" the town of Lützerath for the agreement with RWE on a coal phase-out in 2030.

That is why there have recently been repeated protests against the advance of opencast mining. The environmentalists joined forces to form the Lützerath action alliance, which also includes Fridays for Future, Extinction Rebellion and the Last Generation. According to their own statements, they want to fight "for global climate justice" in Lützerath.

What is the current situation in Lützerath?

According to climate activists, around 300 people are currently in Lützerath to block construction work by RWE. Since the beginning of the week, the police have been preparing to evacuate the village. Activists also erected barricades and fireworks and stones were thrown at emergency services.

According to the North Rhine-Westphalia Office for the Protection of the Constitution, the overwhelming majority of the activists are "civil democratic actors". "Nevertheless, few left-wing extremists are active in the protest scene," the authority said. Before the hot phase of the mobilization before the expected evacuation of the place, about 130 activists were there, including 30 violent.

Because of the worsening situation, the activists are now calling for their supporters to mobilize. According to the Ministry of Economic Affairs in Düsseldorf, the place has now been completely abandoned by the original inhabitants. The resettlement began in 2006.

What's next in Lützerath?

The authorities announced an eviction from mid-January. The legal basis for the eviction is an order from next Tuesday, as announced by the responsible Heinsberg district administration. An urgent application by climate protection against the injunction failed on Thursday before the Aachen administrative court. The activists announced that they would continue the procedure in the next instance.

According to the Aachen police, there should be public information for citizens in Erkelenz on Tuesday as an offer for talks. Climate activists have announced a large-scale demonstration in Lützerath for Saturday next week, which they say will be attended by "several thousand" protesters. The demonstration should therefore take place despite the ban on residence and a possibly previously enforced evacuation by the police. 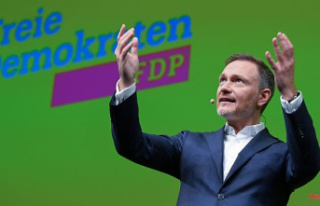 Epiphany meeting of the FDP: Lindner gets loud - but...