"Strengthen position first": Ukraine only wants to negotiate if there is success

Negotiations between Ukraine and Russia are largely at a standstill. 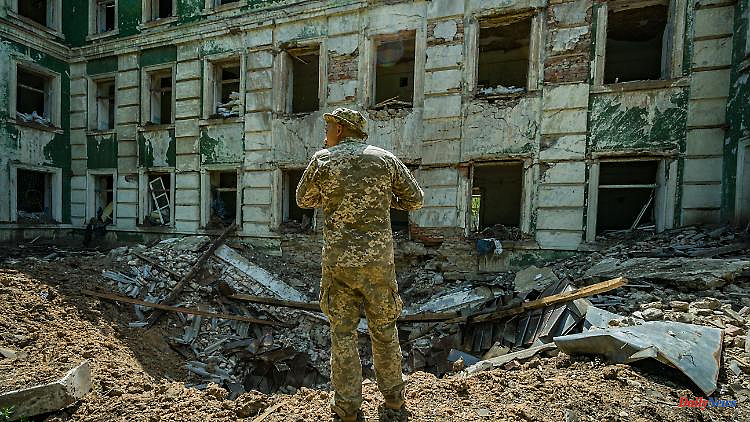 Negotiations between Ukraine and Russia are largely at a standstill. Kyiv only wants to talk to Moscow again if it has its own military successes. The hopes rest on new deliveries from the allies.

Ukraine will not agree to talks with Russia again until it has gained ground in the war. "Until we have strengthened our position and the Russian troops have not been pushed back as far as possible, there is no point in negotiations," said Ukrainian President Volodymyr Zelenskyi's adviser Mykhailo Podoliak on television when asked about an offer of mediation from French President Emmanuel Macron.

Ukrainian negotiator David Arachamia made a similar statement. "Our army is ready to use the new weapons and then we can start a new round of talks from a strengthened position," he said.

In an interview with several regional newspapers, Macron said that France would play a mediating role. "We must not humiliate Russia so that the day the fighting stops, we can use diplomatic means to build a launch pad," the president said.

Ukrainian Foreign Minister Dmytro Kuleba tweeted that such statements could only humiliate France or any other country that demands such a thing. "Russia is humiliating itself. We had better focus on putting Russia in its place. That will bring peace and protect lives."

Macron has been in regular talks with Russian President Vladimir Putin since the start of the Russian onslaught on February 24 to secure a ceasefire and start credible negotiations between the Kyiv and Moscow governments. Talks between Ukrainian and Russian negotiators have so far yielded no results.

In the fight against Russian forces, Ukraine is receiving more and more military support from the US and EU countries. For example, the US promised Ukraine advanced missile systems such as the M142 High Mobility Artillery Rocket (HIMARS) with a longer range.

1 Biden on Negotiated Solution: Does "Nothing About... 2 Protecting skin from UV rays: Which sun protection... 3 Baden-Württemberg: Baden-Baden gets a UNESCO World... 4 Hesse: car and mobile home collide: five seriously... 5 High mountains. Two people were injured on a night-long... 6 33 years ago, Tiananmen square, 15 minutes of the... 7 Problems with the brakes: Mercedes is recalling almost... 8 "Then it will be difficult": Haas is slowly... 9 Hesse: Irish show jumper Cian O'Connor wins with... 10 Roland Garros. Iga Swiatek is the new tennis queen 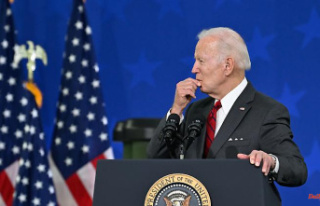 Biden on Negotiated Solution: Does "Nothing About...