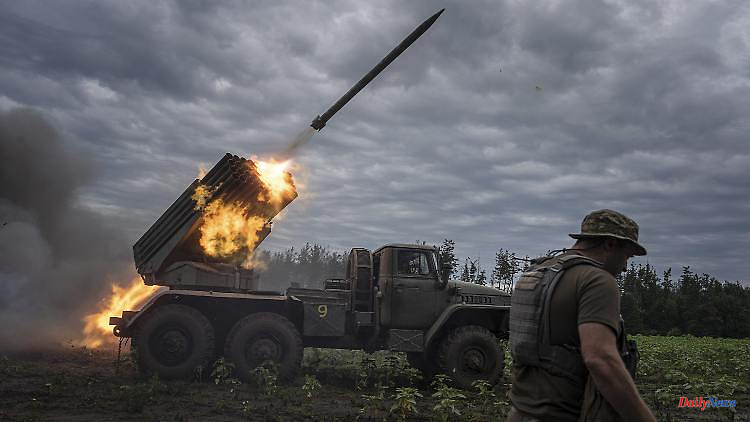 26,000 tons of corn left Odessa and have now entered Turkish waters. However, before proceeding, an inspection is necessary. Meanwhile, there is heavy fighting in the Donetsk region. Although Russia is making little ground there, they see progress as planned. The US has also imposed new sanctions on Russian oligarchs. It affects the very narrow circle around Kremlin boss Putin. The 160th day of the war at a glance.

The first cargo ship with Ukrainian grain since the beginning of the Russian war of aggression has reached the Turkish coast. The ship had entered Turkish waters near the entrance to the Bosphorus. The cargo ship "Razoni" loaded with 26,000 tons of corn left the Ukrainian port of Odessa on Monday morning. The destination is the Lebanese port of Tripoli. Before it goes there, it is to be inspected by representatives of Russia, Ukraine, Turkey and the UN. The inspection should take place on the open sea off Istanbul, so the ship should not enter the port.

US government imposes sanctions on Putin confidants and alleged lovers

The US has imposed new sanctions on Russian oligarchs. The punitive measures caused "high costs for those who support President Vladimir Putin's war," said the US Treasury Department. Treasury Secretary Janet Yellen stressed: "While innocent people suffer from Russia's illegal war of aggression, Putin's allies have enriched themselves and financed an opulent lifestyle." Those affected by the sanctions are, among others, Putin's confidante Andrei Gurjew and his son. The luxury yacht "Alfa Nero", which Guryev is said to have bought in 2014 for 120 million dollars, was expressly mentioned. The devices tracking the yacht's location have reportedly been turned off to avoid confiscation, the statement said. Also on the list is former Olympic rhythmic gymnastics champion Alina Kabaeva. She is said to be Putin's secret lover.

The Ukrainian counteroffensive on the Russian-held Kherson region, according to the governor, is progressing. The Ukrainian military has recaptured 53 towns in the region since the Russian invasion began around five months ago, Governor Dmitry Butri said on state television. That's nine more towns than announced on Monday. In the first phase of the war, Russia had conquered large parts of southern Ukraine. Ukraine has launched a counter-offensive using western-made long-range weapons.

Fighting between Russian and Ukrainian troops in the eastern Ukrainian region of Donetsk continues for the city of Bakhmut. The Ukrainian general staff said there had also been Russian advances in the direction of Soledars, eight kilometers to the north. Russian attacks in several places south of Bakhmut, on the other hand, were largely repelled, it said. This information could not be independently verified. The Ukrainian General Staff reported a Russian attack in the north of the Cherson region on the border with the neighboring Dnipropetrovsk region.

Meanwhile, Russia reports that they attacked Ukrainian forces in the Mykolaiv and Kharkiv regions. The Russian Ministry of Defense announced that there were also fatalities.

Shoigu: "Donetsk will be liberated as planned"

Despite the lack of major successes in recent weeks, everything is going according to plan for the Russian army. "After taking control of the territory of the Luhansk People's Republic, the Donetsk People's Republic will be liberated as planned," said Defense Minister Sergei Shoigu, according to the Interfax agency. At the beginning of July, Russia announced the conquest of the eastern Ukrainian region of Luhansk - but since then it has only gained relatively little territory in neighboring Donetsk.

Russia: US directly involved in conflict in Ukraine

Russia accuses the United States of direct involvement in the conflict in Ukraine. US spies would authorize and coordinate Ukrainian missile attacks on Russian forces, the Defense Ministry said in Moscow. The deputy head of the Ukrainian military intelligence service, Vadim Skibitsky, admitted to the Telegraph newspaper that the US side was coordinating the missile attacks. "All of this provides indisputable evidence that contrary to claims by the White House and the Pentagon, Washington is directly implicated in the conflict in Ukraine," the ministry said.

Former Russian President and Prime Minister Dmitry Medvedev hinted at a possible annexation of Georgia and Kazakhstan on Telegram. The Eastern European media project Nexta reports that in one post he described the two countries as "artificial states" and that "all the people who lived in the once great and powerful USSR will soon be living together again in friendship".

Spain actually wanted to hand over around 40 German-made Leopard 2 A4 main battle tanks to Ukraine, but the country has now ruled out a delivery. The tanks are in "absolutely desolate condition" and not operational at all, said Spanish Defense Minister Margarita Robles during a visit to the Torrejón de Ardoz airbase near Madrid. The combat vehicles mothballed in Zaragoza are in such poor condition that they could even pose a danger to those who would operate them, the minister stressed to journalists, as reported by the state television channel RTVE and other Spanish media.

Zelenskyj for same-sex partnerships in Ukraine

Ukrainian President Volodymyr Zelenskyy has spoken out in favor of allowing registered same-sex partnerships in his country. That's according to Zelenskyy's response to an online petition calling for the introduction of same-sex marriages in Ukraine. More than 28,000 signatures had been collected since the beginning of June. Zelenskyi wrote that according to the Ukrainian constitution, marriage is a bond between a man and a woman. Under the conditions of martial law, the constitution could not be changed. However, the government has already prepared options for the legalization of registered partnerships.

The Bundeswehr will monitor the airspace over the Baltic NATO states of Estonia, Latvia and Lithuania over the next nine months. An Air Force squadron took over command from France today at the Estonian Air Force Base Ämari. For this purpose, five "Eurofighters" were relocated to neighboring Russia at the end of July. Estonia's Defense Minister Hanno Pevkur said Russia's war of aggression against Ukraine had "made the NATO mission even more important". This shows that Estonia can count on the support of all allies.

1 Former gymnast from Uzbekistan: US sanctions Putin's... 2 Comeback three months after birth: Mama Ludwig is... 3 Absurd Zoff in Formula 1: Alpine promotes Piastri... 4 Saxony: tram collision in Leipzig: people slightly... 5 Price shock for gas customers is here - This list... 6 Why the timing of the Taiwan visit is extremely risky 7 Midterms primaries: Which Eric is "trumpier"... 8 War against Ukraine: Grain carriers from Ukraine arrived... 9 Austria: The suicide of a doctor sparks a debate about... 10 In a 4-meter sailboat at 4,000 euros, he goes around... 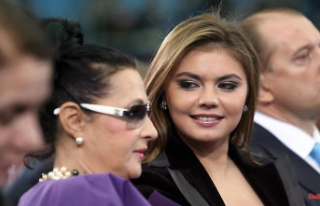