The day of the war at a glance: Separatist leader Pushilin comes under fire - Zelenskyy reaches for the Crimea

For Independence Day, Kyiv can look forward to billions in weapons commitments from Berlin and Washington. 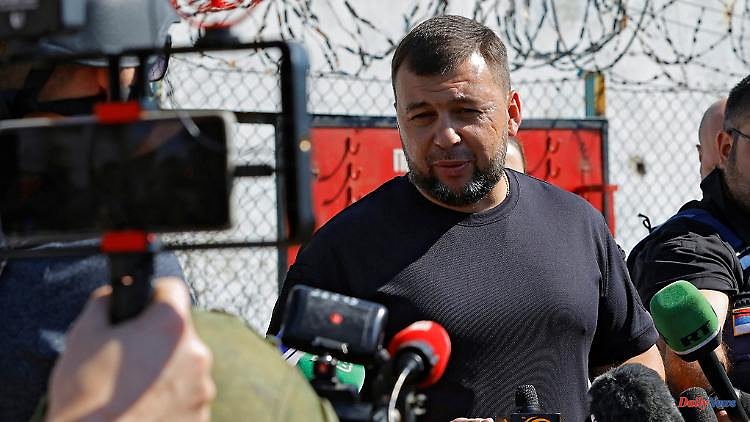 For Independence Day, Kyiv can look forward to billions in weapons commitments from Berlin and Washington. Ukrainian President Zelenskyi announces the liberation of Crimea, while separatist leader Pushilin loses his quarters after heavy shelling. The 181st day of the war at a glance.

Russian-led separatists in eastern Ukraine have reported heavy attacks on the city of Donetsk by the Ukrainian army. Among other things, the administration building of separatist leader Denis Puschilin was hit, the self-proclaimed territorial defense of Donetsk announced on Telegram. Puschilin himself was not injured, but three civilians were killed.

Around 60 percent of the self-proclaimed People's Republic of Donetsk is under Russian control. After conquering the neighboring Luhansk region, one of Moscow's main war aims is to bring Donetsk under its own troops' full control. According to international observers, the Russians are still making slow progress six months after invading Ukraine. Meanwhile, Russia's Defense Ministry announced that it had advanced a few dozen square kilometers in the southern areas of Cherson and Mykolaiv.

Another explosion in a Russian ammunition depot

For the second time in six days, ammunition detonated in a Russian depot on the border with Ukraine. The governor of the Russian region of Belgorod, Vyacheslav Gladkov, spoke of the projectiles spontaneously detonating in the heat. The Interfax agency reported that no one was injured. Explosions had already occurred in the ammunition depot near the village of Timonowo on Thursday. Similar incidents have also taken place in the Crimea peninsula, annexed by Russia, in the past two weeks. Russian authorities spoke of accidents and negligence. However, the circumstances suggest that these were more Ukrainian attacks.

According to Kiev, Ukrainian units destroyed an ammunition depot in the south of the country, as well as a Buk-type missile system and five armored vehicles. The strategically important Antonivka Bridge near Cherson was also shot at by Ukrainian troops and hit again. The bridge is an important supply route for the Russian army. According to British estimates, Russia is working on a temporary bridge. Russian troops began positioning barges over the weekend to construct a pontoon bridge next to the damaged Antonivka Bridge, the Ministry of Defense in London said.

Ukrainian President Volodymyr Zelenskyy reiterated the goal of regaining control of the Crimean Peninsula, which Russia annexed in 2014. "In order to overcome terror, it is necessary to win a victory in the fight against Russian aggression. It is necessary to liberate Crimea," Zelensky said at the opening of an international Crimea conference. This would restore law and order to the world. With the online summit, Ukraine wants to mobilize international support for the repatriation of the Black Sea peninsula of Crimea, which Russia annexed in 2014.

At the Crimean conference, Chancellor Olaf Scholz announced new, extensive arms deliveries to Ukraine. Among other things, Kyiv is to receive three more IRIS-T air defense systems and a dozen armored recovery vehicles, as a government spokesman confirmed. Overall, it is therefore about armaments worth well over 500 million euros. The money still has to be released by the budget committee. According to the spokesman, Kyiv will also receive 20 rocket launchers mounted on pickup trucks, as well as precision ammunition. The weapons are to be delivered "mainly in 2023", "some significantly earlier".

According to an insider, the United States plans to send another $3 billion in military aid to Ukraine. According to government circles, this may already be announced on Wednesday. It would be the largest such package by the US since the Russian invasion six months ago.

Ring exchange with Slovakia in progress

In return for the delivery of 30 armored personnel carriers to Ukraine, Slovakia will now receive 15 German Leopard 2 A4 main battle tanks. This was announced by Slovak Defense Minister Jaroslav Nad. A corresponding agreement was also signed for this purpose. The German tanks are therefore supplied from stocks of German industry and supplemented by a so-called ammunition, training and logistics package. The delivery of the "Leopard" tanks will be the first ring exchange from industry stocks.

A first train with 1,200 tons of corn from the Ukraine was unloaded at the Rostock grain terminal (GTR) in the morning. "It's a test train. Four more are to follow," said GTR site manager Jacob Lubig. The fodder maize was reloaded at the Ukrainian-Polish border and then brought to Rostock via Poland by the freight train DB Cargo.

1 Calls for an external contact point: DSV fights against... 2 "I have no regrets": US actor Gary Busey... 3 Saxony: Biotechnologist Sabrina Papperitz is the new... 4 Baden-Württemberg: Second fire within a month in... 5 US archive publishes figures: Trump took 700 pages... 6 Does the kissing photo show a loss of control?: Sanna... 7 More than two months in the air: Airbus drone sets... 8 "It's very cute": Jennifer Lopez raves... 9 Gone to the dogs: Sylvester Stallone counters separation... 10 Six Health Issues That We Need To Stop Being Embarrassed... 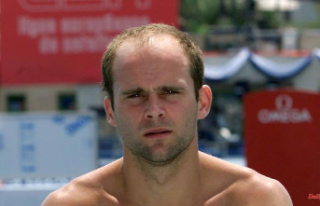 Calls for an external contact point: DSV fights against...