Ukraine on "Hart but fair": "This summer will be a summer of war" 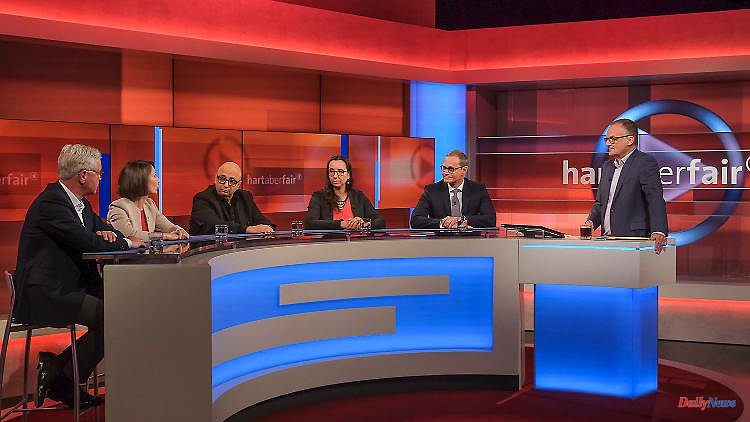 110 days have passed since Russia invaded Ukraine. While people there still fear for their survival every day, interest in this country is waning. It's normal, experts say. At "Hart aber fair" the guests talk, among other things, about whether the Germans are war-weary.

It is going to be summer. The weather is nice, this week temperatures will rise to over thirty degrees in parts of Germany. Many of us are thinking: vacation on Mallorca or rather at the quarry pond? The high fuel and food prices are discussed, and what's on the grill in the evening. Birthday parties and weddings that had to be postponed due to the corona pandemic will be made up for. And what was actually in the Ukraine again? People die there. There have been more than ten thousand in the last three months. About a million Ukrainians were kidnapped from the Russian-occupied territories, including 180,000 children. But when there is something about the Ukraine war in the newspaper, people quickly scroll to the next article. You hardly notice the images of horror on television anymore. We have learned to live with it.

That's completely normal, says the sociologist Armin Nassehi in the ARD program "Hart aber fair" on Monday evening. He calls this condition "attention economy" and explains: "Constantly repeated information has less and less informational value." This applies to all crises, whether it’s the Ukraine war, the corona pandemic or global warming: “Our lives are more cyclically oriented towards everyday life, so it’s difficult to deal with things that affect our everyday lives more indirectly than directly.” In short, if something doesn't directly affect us, interest eventually wanes. Assehi: "We eventually get used to horrible images. It's not good, but there's nothing you can do about it."

Ukrainian-born scientist and activist Oleksandra Bienert agrees. This has happened to her too. But she says: "we must not forget this war." For them it is clear: "This summer will be a summer of war in Europe."

Security expert Claudia Major deals with the war in Ukraine every day, and she says: "You have to approach the gloomy images with an analytical distance in order to be able to deal with them." It is all the more important that the West has to get used to the war. That is exactly what Russian President Vladimir Putin is aiming for. "Russia is speculating that we are unwilling to pay the costs (of the war and sanctions) because we are effeminate."

The SPD foreign policy expert Michael Müller also says: "There must be no getting used to this war." It is therefore the task of politics and the media to carry the reports beyond that. Just like the CDU foreign politician Norbert Röttgen, however, he has not yet noticed any dulling in the people. Röttgen reports that his events in which he provides information about the war are always well attended. Nevertheless: "We have a moral duty towards the victims to fight against forgetting." The fate of Europe will be decided in Ukraine. If Putin wins the war, it will be a different Europe.

Now a war goal must finally be clearly defined, demands Claudia Major. "If the goal is for Ukraine to survive as a sovereign state, you have to say so. And then you have to define the steps to get there, financially, politically and militarily. That's a leadership task. And there's the chancellor, a clear upward trend is still possible," says Major. She would like the West to tailor military supplies more to what Ukraine really needs. According to the Ukrainian secret service, there are currently ten to fifteen Russian artillery pieces for every Ukrainian artillery piece. "The Ukrainians can't defend themselves, you have to say that clearly. They can hardly oppose the uncanny Russian fire power."

"The question lies between war and peace," says Röttgen, criticizing Chancellor Scholz's communication. He finally had to say what he wanted. "Political leadership is essential in such extreme exceptional situations."

Müller also agrees: "Communication can and must be improved." The SPD man complains, however, that the question of possible negotiations is being pushed into the background in the discussion about military aid for Ukraine. There were negotiations before the war, Major recalls. And she says: "We have to keep trying, but Russia is not a country that wants to solve this war with negotiations or the check book. It's about power, about violence and about ideology. We have to recognize that. Ukraine doesn't have a choice between war and peace. She has a choice between war and occupation."

For Röttgen, it's not just about a victory for Ukraine. He says: "We must ban war from Europe."

That is important for Oleksandra Bienert. But for the scientist, who also publishes articles for the website Ukraine, it is also about her own country. And she says how she imagines victory: "We will not make any concessions. We will get the weapons from the West because it is about our struggle for existence, and we will not give it up. This war is not just about territories "It's about the people who are being killed, raped or abducted. Russia is destroying our future. But Ukraine remains within the borders that Russia recognized in 1991 and 1994 and that applied until 2014." 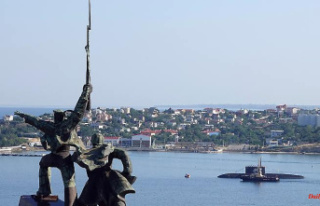