Ukraine war with Markus Lanz: "We are throwing the entire world into chaos"

On Wednesday evening, the guests on the ZDF talk show Markus Lanz dealt with the war in Ukraine. 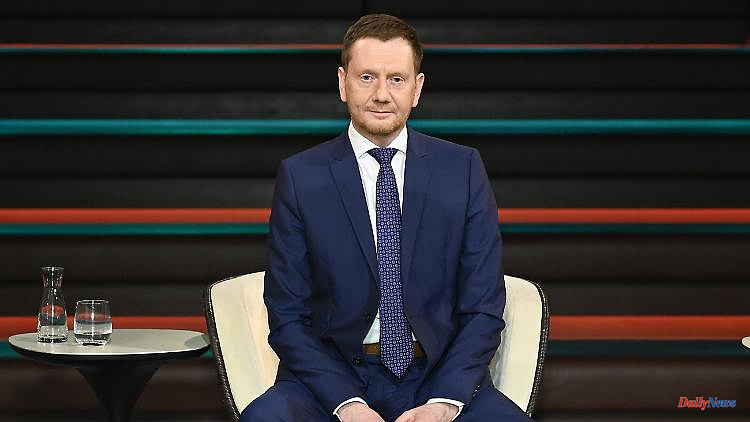 On Wednesday evening, the guests on the ZDF talk show Markus Lanz dealt with the war in Ukraine. One of the guests: the Saxon Prime Minister Michael Kretschmer, who calls for an immediate end to the war through negotiations.

The war in Ukraine has now lasted half a year. For several months there have been repeated calls for immediate negotiations to bring about an end to the conflict. One of the most popular advocates of this solution is the Prime Minister of Saxony, Michael Kretschmer. He is a guest on the ZDF talk show with Markus Lanz on Wednesday evening. And he has three opponents that evening: the moderator, ZDF correspondent Katrin Eigendorf - and himself.

The Russian attack on Ukraine violated international law, Kretschmer admits. He speaks of crimes and atrocities that have taken place in Ukraine. "But," says the CDU politician, "we are narrowing down to one point of view with one line of argument. But what we really need is a broad debate, weighing up arguments, pros and cons. Especially in a debate like this about war and peace that's very important." Kretschmer seems to overlook the fact that this debate has certainly taken place in recent months - with open letters and discussions about it. Markus Lanz, in particular, who has a very clear opinion on this subject, has repeatedly offered supporters of a military solution and supporters of quick peace negotiations a podium in his program.

"We are dealing with a war in which a lot of human rights violations are happening. Now is an important moment to stand up for this war to be frozen; that we need a ceasefire; that we need negotiations to end this war. I I'm glad that many people in East and West Germany share that," says Kretschmer. It is true that a war criminal is ruling in Moscow with Russian President Vladimir Putin. It is also true that Putin does not want to conduct negotiations. But it is not true that this war can only be waged on the battlefield, says Kretschmer.

Now ZDF reporter Katrin Eigendorf intervenes. In the last few weeks she has repeatedly reported from Ukraine and lived in Russia for several years. She points out that there have always been proposals for negotiations from Ukraine. But what negotiation proposals had Putin presented since the beginning of the war.

"That's not the question," Kretschmer replies. Germany was affected to a great extent by this conflict. The question is how Germany will get involved in this situation, namely with arms deliveries, with money "and all sorts of other things". And further: "What we need is a clear rethinking. This war must be ended as soon as possible." He does not answer the reporter's question.

And that is the problem of the entire discussion: Kretschmer will continue to give many answers, but often not to the questions asked. As the discussion progresses, one gets the feeling that the politician is standing in his own way. He has a belief without knowing how to put it into action. It's more difficult for a politician.

ZDF reporter Eigendorf criticizes the idea of ​​"freezing" the war. That would mean giving in to Putin's maximum demands: the resignation of the freely elected government in Kyiv and the surrender of Ukrainian sovereignty. Kretschmer replies: "Who says that Putin's demands have to be met? We have to ensure that a hot war turns into a frozen conflict. We have this situation in many places around the world." That may be true, but "frozen" conflicts like those between Israelis and Palestinians or between China and Taiwan are anything but a guarantee of peace.

At least Kretschmer has an idea how possible negotiations could be started without responding to Putin's demands: He calls for a diplomatic initiative by Germany, France, the USA, the EU, China and Turkey. "The question is: are we about to take this initiative? Are talks currently taking place in Moscow? Are we about to have these talks? No."

The war between Russia and Ukraine is only taking place in a small part of the world. "But we're throwing the whole world into chaos," says Kretschmer. The moderator asks who he means by "we". Kretschmer: "Everyone who is now responsible." As the aggressor, Russia naturally has the primary responsibility for everything, he then concedes. Russia must leave Ukraine, but we are all responsible for organizing peace.

Lanz asks how one should negotiate with someone who doesn't want to negotiate. Kretschmer replies that this line of argument means that the war will continue. But the moderator insists on his question. Kretschmer refers to diplomacy.

Then Eigendorf intervened and asked what he, Kretschmer, would discuss with Putin if he had the opportunity. Kretschmer replies briefly: "That's not my job." Eigendorf asks again. Kretschmer: "We'll see." Then Eigendorf wants to know what he would offer Putin. Kretschmer evades: "I would say that diplomatic experience shows that it takes a number of allies."

Towards the end of the discussion, Kretschmer takes a look into the future, and this reveals the true inner turmoil of the CDU man. Europe must live with Russia. That's why it's important to show strength, that's the only thing people like Putin understand. Germany needs its own strength, both economically and militarily. Kretschmer does not seem to want to concede this strength to Ukraine. He had recently criticized arms deliveries to the war country. 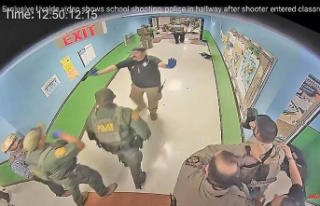