Voting at the beginning of the week: Large climate protection package clears the first hurdle in the US Senate

In the USA, the most important legislative project of the year is slowly moving towards the finish line: the Democrats vote unanimously in favor of it in a procedural vote. 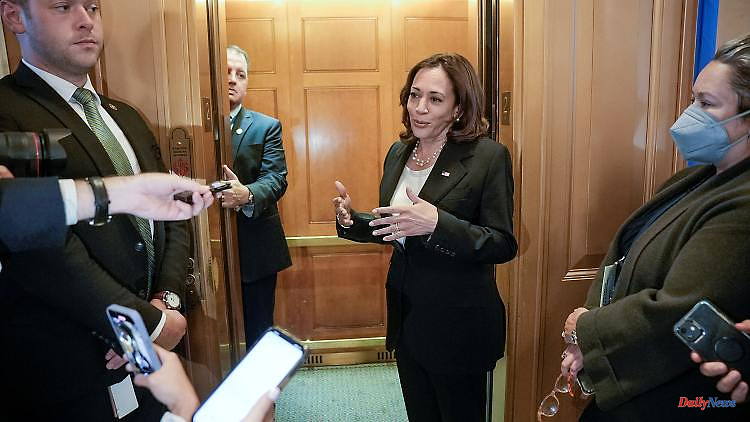 In the USA, the most important legislative project of the year is slowly moving towards the finish line: the Democrats vote unanimously in favor of it in a procedural vote. This increases the chances for the large climate protection and health package that is intended to help save the planet and also the Biden presidency.

The US Democrats passed the first important test for the passage of their far-reaching climate and social package in the American Senate on Saturday. The Senate voted 51-50 to debate the proposed legislation. Vice President Kamala Harris cast the casting vote. All 50 Republican senators voted against. It was a procedural vote to get the so-called Anti-Inflation Act up for debate in the Chamber of Congress in the first place. However, the vote has symbolic power because it made it clear that all 50 Democrats in the Senate support the package.

"The bill, if passed, will meet all of our goals: tackling climate change, cutting health care costs, closing tax loopholes abused by the wealthy, and reducing the budget deficit," said the Senate Majority Leader , Chuck Schumer.

The vote clears the way for a tedious process in which senators can submit numerous amendments to be voted on. A simple majority is all that is required to pass most of the $430 billion climate-social package, Schumer said. The actual vote in the Senate is expected at the beginning of the week.

Among other things, the package provides for a minimum tax of 15 percent for companies. In addition, according to the Democrats in the USA, the planned legislation should lead to a 40 percent reduction in CO2 emissions by 2030. With the new measures, the Democratic US President Joe Biden could keep an important election promise. Democrats hope the legislation will improve their candidates' chances in the Nov. 8 midterm elections. Biden's party is fighting to retain its narrow majority in the Senate and House of Representatives. Should they lose them, Democrats and Biden would need to work with Republicans, who are blocking most legislative initiatives.

Democratic majority leader Chuck Schumer and his conservative party colleague Joe Manchin negotiated changes to the law last week and surprisingly presented an agreement. A few days ago, Democratic Senator Kyrsten Sinema, who blocked an even more extensive, similar package with Manchin last year, announced her support for the new law. The Democrats in the US Senate have to vote unanimously for the project because of their narrow majority so that it can pass the chamber. The House of Representatives must also agree. In this chamber of Congress, the Democrats have a larger majority.

After tough negotiations, the package has melted together like a glacier in the Rocky Mountains - but in the future more funds than ever before will flow into climate protection. Schumer recently emphasized that after the most recent agreement, the most important elements of the law were retained - such as reducing the cost of prescription drugs, combating climate change, closing tax loopholes and $300 billion for debt reduction.

Republicans also heavily criticize the new package. "We will do what we can to prevent this legislation from happening," Republican Senator John Thune said on Friday. But Republicans' options are limited as long as there are no dissenters within the Democrats. However, Republicans could try to prolong the process with amendments.

1 Ex-President rails against CPAC: Trump would abolish... 2 Breach of contract after the start of the war?: Why... 3 "Downfall", Ultras, unfit: Hertha breaks... 4 Mentality, hardship - champion?: Besouled BVB falls... 5 Denied ground under their feet: court error drives... 6 He stumbled over the phrase "What was right then..." 7 Solo and open to everything – why women are increasingly... 8 CSU: Söder complains about Bayern bashing 9 The state must not generally oblige citizens to gender 10 Conflicts: China continues maneuvers around Taiwan 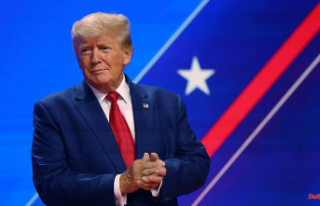