Who will oust Trump and Biden?: The signs are favorable for Mister X

Revenge! Donald Trump wants to expel Joe Biden from the White House, although it is not yet clear whether he will take office in 2024. 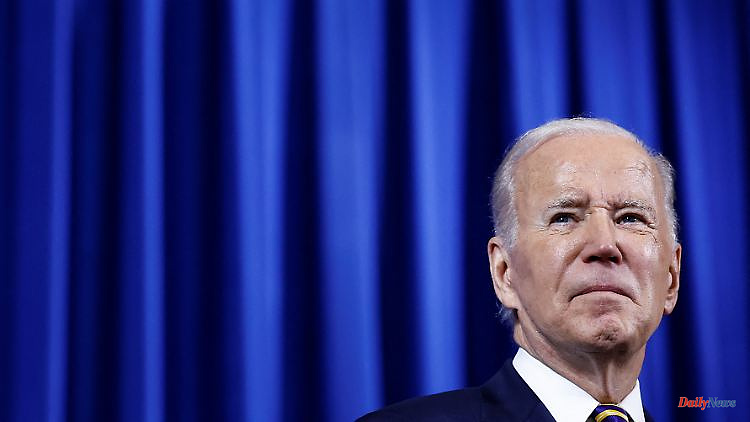 Revenge! Donald Trump wants to expel Joe Biden from the White House, although it is not yet clear whether he will take office in 2024. In any case, an outsider would have a good chance of winning the US presidency. The two supposed duelists themselves also prove this.

The hunt for Donald Trump is on. "I'm sure half of the Senate is thinking about it," Missouri Republican Senator Josh Hawley said unusually candidly about a bid for the upcoming US Republican presidential nomination: "If they feel like the ex-president is really vulnerable they say: why not me?"

Trump has been wounded at least since he questioned the US Constitution because it curbs his personal ambitions - and may have shot himself out of the loop. The 2020 election loser had again claimed he was the rightful winner and that the constitution must be suspended for him to become head of state. "Our founders would not tolerate fraudulent elections," he wrote.

The outrage was great. Because even if the founding fathers are an important fixed point in the conservative cosmos: The Republicans, according to the self-image, are the party of constitutional loyalty. Trump shouldn't be able to counter that either. In doing so, he has made a little less likely what many have been trying to bring about for two years, but is far from certain: that Trump will get his revenge in 2024, a new edition of the duel against Biden.

One was in the White House and wants to go back there, the other drove him away and apparently doesn't want to give up easily despite his advanced age. In any case, the political fortunes of the ex-president and the president are more intertwined than they would like.

Trump continues to lose support, and since the congressional elections at the latest, it has also become clear to Republicans: this man is no longer a winner. His political influence is still great. So far nobody really dares to come out of cover to snatch the scepter from him. The memories of how Trump successfully humiliated opponents within the party at every opportunity for more than seven years are too clear.

Joe Biden, on the other hand, would probably be in favor of a Trump candidacy: After all, he won in 2020 mainly because he was the anti-Trump. Today, the incumbent's approval ratings are poor. He could fail miserably against another Republican candidate. It was not without reason that Biden never got past the early stages in his first attempts at the Democratic presidential nomination until he was finally allowed to challenge Trump in 2020.

At the same time, there are enough examples of candidates who were not considered ideal and who, despite this widespread skepticism in political circles, won. One could also say that the signs are favorable for an unexpected change in the White House. It is unclear who this Mister X will be. It might be one of the usual suspects, but history favors a relatively new face.

Bill Clinton, for example, became the Democratic candidate in 1992 because more established party colleagues waved him off. After his lightning victory in the first Gulf War, Republican President George Bush seemed almost unassailable. Nobody wanted to ruin their career against him. Clinton won. At the beginning of his application in 2008, Barack Obama supposedly had no real chance, Hillary Clinton was considered much more suitable. Obama rode his "change" wave into the White House with an unprecedented campaign of small donors and became the first black president of the USA.

Eight years later, Obama convinced his running mate, Joe Biden, not to run for the candidacy. Supposedly this time it was Hillary Clinton's turn and the logical next president. Their poll numbers were excellent, even many Republicans had already resigned themselves to defeat in 2016. But the outsider narrowly won: Donald Trump.

Four years later, he was challenged and defeated by Biden, although many had spoken out against him in February 2020: because of his previous primary defeats, his age, his colorlessness. There was also this statistic that since the two-term limit was introduced in 1951, only one president had been voted out early. But Biden prevailed in the primaries and won. Also because he had run an unusual election campaign: Trump was an intolerable accident, with him as president everything would go back to the old order, everything would calm down.

It hasn't necessarily become quieter in the world, but domestically it has. But the numbers show that the young voters in particular, who voted in droves for Biden, actually want to see younger heads and not the old faces of past decades. In July, 94 percent (!) of voters under the age of 30 wanted to see a candidate other than Biden in 2024. Among Democrats as a whole, it was also an overwhelming majority.

A large change in these values ​​would be surprising. Biden may have already done his duty to the voters: expelled Trump, restored the previous status quo to some extent and also set the course for the future with his legislative packages. Young voters tend to see Biden as a gatekeeper against something worse, but the majority are dissatisfied with him.

The situation is different in the Democratic Party leadership and in the Washington offices. Success in the congressional elections, which held the Senate, and far fewer losses in the House of Representatives than feared, have bolstered Biden even though he didn't stand for election himself. After all, government work also influences the performance of other candidates. Are the bad personal popularity ratings perhaps less important than you think?

This consideration will be important in view of 2024. In addition, according to a political wisdom in Washington, an incumbent president could be weakened by open party competition. But don't competitors show up because they see weaknesses they already have and see them as opportunities for success? A possible internal party challenger to the Democrats will be careful not to come out of cover just yet.

What are the others doing? In the case of the opposition, candidates usually declare their intention to stand in the year before the election. Biden, for example, announced his application for the candidacy in April 2019, Bernie Sanders even in February. At least among the Republicans, the first challengers could present themselves early next year. At some point, Democrats will have to decide whether not being the adversary will be enough for Biden, regardless of Trump. Because the generation change will come, one way or another. 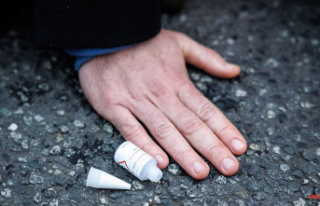