Best league in the world starts: Haaland gets tips, CR7 is in crisis, Klopp praises 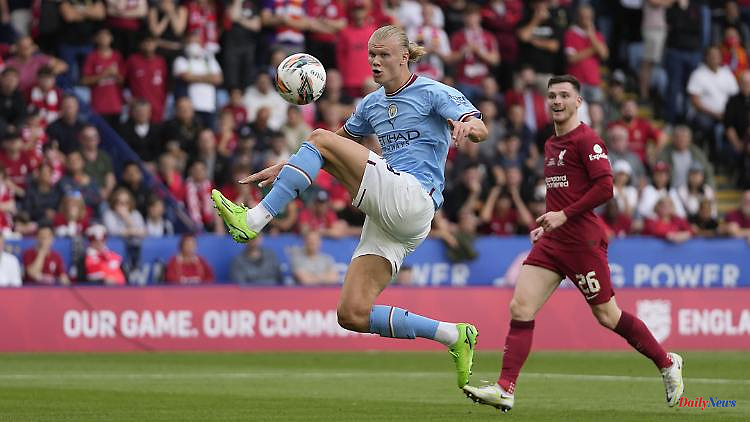 Defending champions Manchester City hope to win the championship again with Erling Haaland. City rivals United are simmering, Jürgen Klopp and his Liverpool FC have their own super striker. Other contenders for the Premier League title have made significant headway ahead of the start of the season.

Erling Haaland doesn't seem to want to leave anything to chance on his Premier League debut. "I got some tips from this man," the Manchester City newcomer wrote on Instagram, posting a photo with England football icon Alan Shearer. With these tips as support, Haaland is now hunting for goals for City and should help with the successful title defense mission.

In last week's Supercup, the brawny Norwegian, who was brought in from Borussia Dortmund for 75 million euros and is thus the most expensive transfer in the league to date, remained without a goal. "Today he didn't score - another day he will score," said team manager Pep Guardiola after the 3-1 defeat by Liverpool.

The ex-Bayern coach continued: "It's good for him to see and understand the reality of a new country." On Sunday at the start of the league at West Ham United (5.30 p.m. / Sky), Haaland can prove this right away, because City is aiming for its fifth title in its sixth year. "I think City are the team to beat again," former England international Rio Ferdinand told Mirror Football and BT Sport.

And thanks to Haaland, who wore the City jersey as a kid, they seem even stronger and more unpredictable. "Now we also have the alternative of hitting crosses into the penalty area and we know that we have a player who is really strong in the air," said his team-mate Ilkay Gündogan recently.

But behind City and Haaland, who was recently sharply criticized in his home country by a fan group for his commitment in Manchester, there are other title candidates lurking. Liverpool FC with coach Jürgen Klopp has often stood up to the Skyblues in the past and is again the first challenger this year. Because the Reds also put up a lot in the storm. Newcomer Darwin Núñez impressed with four goals in the friendly at RB Leipzig. And the Uruguayan will "get even better over time," said Klopp. He can deliver his first proofs in the afternoon (1.30 p.m.) at newly promoted Fulham FC.

Things are not going so smoothly for Citizens' city rivals, ManUnited. The drama about the five-time world footballer Cristiano Ronaldo has not yet been settled, the Portuguese is still flirting with a change. To make matters worse, Ronaldo and his teammates left the stadium early last Sunday and caused unrest again. "That's unacceptable," railed coach Erik ten Hag, "for everyone. We're a team and you have to persevere to the end."

After all: After his criticism of Ronaldo's escape from the stadium, ten Hag publicly defended the superstar on Friday. "Now I have to point something out," said the Dutchman during a press conference: "There were a lot of players who left. But the focus is on Cristiano, that's not right." However, whether Ronaldo will remain at ManUnited until the end of the transfer window is uncertain.

Until then, team manager Thomas Tuchel is still hoping for one or two reinforcements for Chelsea. In Raheem Sterling and Kalidou Koulibaly there are already two absolute top players. Now the heavily courted Spanish full-back Marc Cucurella came on Friday for 71 million euros from Brighton

Tottenham Hotspur is also not to be underestimated. The north London club also hit the transfer market, signing Brazil international Richarlison. The striker is said to be chasing goals alongside Harry Kane. But in order to surpass serial winner City and the new storm jewel Haaland, a lot has to come together. 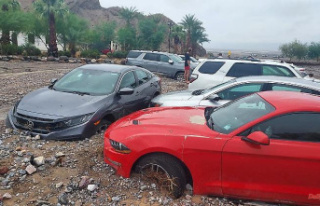