Semi-automatic offside technology will be used for the first time at a World Cup. 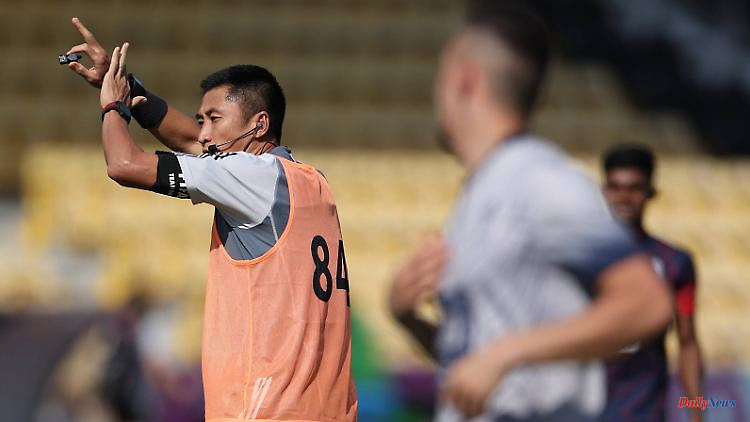 Semi-automatic offside technology will be used for the first time at a World Cup. The VAR team, including the operators, consists of seven people. And from the round of 16, it is theoretically possible to see yellow cards twice in a game without having to leave the field. An overview of important innovations and regulations.

Semi-automatic offside detection: Goal-line technology was used for the first time during a World Cup at the 2014 World Cup in Brazil, and video assistants were used four years later at the tournament in Russia. Now, the most spectacular innovation set to help referees in Qatar is semi-automatic offside technology. It has been used in the Champions League since the start of the season and is now also being used in the Persian Gulf tournament

"Semi-automatic" means: The offside position itself and the moment the ball is released are precisely recorded by the technology and transmitted to the video assistant. This is the automatic part of the process. The VAR then checks whether an offside offense actually occurred, i.e. the player in an offside position touched the ball that came from a team-mate or influenced an opponent.

This part is and will continue to be a human task, especially since in some situations the referee's judgment is required: Whether an offside attacker has impaired an opposing player's ability to play or be able to play the ball is a matter of evaluation and not always clear. A machine can therefore not answer them.

The use of semi-automatic offside technology eliminates the need for the VAR to determine the precise moment of the pass and then manually draw the offside lines to check if an offside condition has occurred. The technology determines both of these automatically. To do this, twelve additional cameras are installed in every World Cup stadium, which record the ball and up to 29 parts of the body on the skeleton of each player 50 times per second to determine their exact position on the field to calculate.

The 29 body sites include all limbs and extremities relevant to offside decisions - i.e. the head, torso, legs and feet, but not the arms and hands. A sensor will also be installed in the official match ball of the World Cup, which transmits location data to the VAR 500 times per second. This allows the exact moment of ball release to be determined.

Once the decision has been made, the same data and images that were used for the decision are processed into 3D animations, in which the body parts relevant to the player's position and thus to the decision at the time of play are illustrated. These animations show the best possible perspectives for an offside situation and thus make it clear whether an offside position has occurred. They are not only shown on television, but also on the big screens in the stadiums.

The semi-automatic offside technology is intended to determine possible offside positions not only more precisely than is manually possible, but also in less time. According to FIFA, the calculated offside line and the time the ball was released are "available in near real time". An offside check by the video assistant after a goal has been scored should therefore be completed more quickly than it would be without this technology. It has worked well so far in the Champions League.

Importantly, the semi-automated offside technology can quickly identify an offside and communicate it to the VAR. However, he will only use them in connection with a goal being scored. Because he is not authorized to intervene when it comes to an offside that does not result in a goal. Furthermore, it is the referees and their assistants who evaluate possible offside situations on the field. The VAR will only intervene if reviewing a goal reveals that there is an offside penalty.

Video assistants (VAR): As in the Bundesliga, the video assistants will follow the games at the World Cup in Qatar from a central location, namely in Doha. But unlike in the German upper house, not only four people sit in front of the monitors, but seven: The VAR can fall back on three assistants (AVAR), who are also referees, and three so-called operators, who are provided by the technology provider Hawk-Eye. It was like that at the tournament four years ago.

The tasks are clearly distributed. The VAR mainly follows the game on a monitor that shows the perspective of the leading camera. It also has a so-called split screen, a screen divided into four, on which further camera settings can be seen. The images are provided by the operators, who keep an eye on 42 camera positions, twelve of which are slow-motion cameras. In addition, there are the twelve cameras mentioned for offside technology and another 14 for goal-line technology. The VAR is responsible for communicating with the referee.

The VAR's first assistant is the VAR's closest collaborator and continues to follow the lead camera if the video assistant is reviewing a scene while the game is in progress. The second assistant is exclusively responsible for offside and specializes in this issue. The third AVAR is designed to follow the televised broadcast image - with no sound so as not to be distracted or influenced by the commentator - and also to accompany the communication between the VAR and the offside assistant.

Yellow cards: The warnings and unused yellow card suspensions from the World Cup qualification are not carried over to the final round. The general rule during the tournament is: After every second yellow card, the player concerned is suspended for the next game. After the quarter-finals, however, all individual warnings will be deleted. This means that whoever gets the second or fourth yellow card in the quarter-finals is banned from the semi-finals, and whoever has one or three warnings goes through to the semi-finals unencumbered.

This basically ensures that no player misses the final because of a yellow card suspension. Anyone who sees yellow-red or a red card in the semifinals is not in the final. The general rule is: yellow-red leads to a ban of one game, the length of the ban after a red card is decided by the FIFA Disciplinary Committee. However, the minimum is also one game.

From the round of 16, it is theoretically possible to receive two yellow cards in a game and not be sent off, but still be suspended: if a match goes to penalties, the warnings issued in that game are not carried over. So a player could see a yellow card in play and another in a penalty shoot-out without receiving a yellow-red for it.

This rule applies to all players, but was introduced primarily to avoid having to leave the field too early in a penalty shoot-out if a goalkeeper who has been challenged to save a penalty and repeatedly moves off the goal line too early. Anyone who receives the second warning in the game in a penalty shoot-out will get away without a yellow card, but will still be suspended in the next game - and could exceptionally miss the final with a yellow card suspension.

Substitutions: Each team may substitute up to five players in a maximum of three stoppages. The half-time break, the break before extra time and the interruption to change sides in extra time do not count as such interruptions, so they can also be used for substitutions. If there is overtime, each team may make an additional substitution in another game rest. Substitution opportunities and interruptions that were not used in regular time can be used in extra time. Only the goalkeeper can be substituted before and during a penalty shoot-out - provided he is injured or otherwise unwell and the number of substitutes has not yet been exhausted.

Political Messages: Under the Laws of Football, political, religious, personal or commercial messages are not permitted on any player's equipment, including undershirts or underpants. However, a violation does not lead to the player concerned receiving a yellow card, but only to a note in the match report. The competition organiser, in this case FIFA, then decides on any sanctions, such as a fine.

At the upcoming World Cup, it could well happen that players or teams come into conflict with the world football association. Denmark wanted to wear the slogan "human rights for all" on their training kit in Qatar - but FIFA banned it on the grounds that it was a political statement. As the sports show reports, other national associations had made similar inquiries as the Danes, which were also rejected.

The captains of the German team and seven other European teams want to wear a captain's armband with a colorful heart and the words "One Love" on it. This is intended to set an example against discrimination. It is not yet clear whether FIFA will react to this matter of course as negatively as to the request to be allowed to label training clothes with a plea for human rights. If so, this tournament, which is viewed more critically than any World Cup before it, would have another scandal. 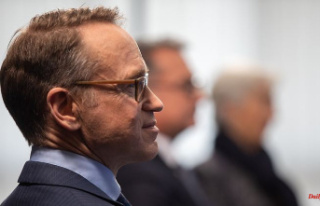 The Ministry of Finance has been informed: Ex-Bundesbank...