Hans Niemann is suspected of having cheated world chess champion Magnus Carlsen in a duel. 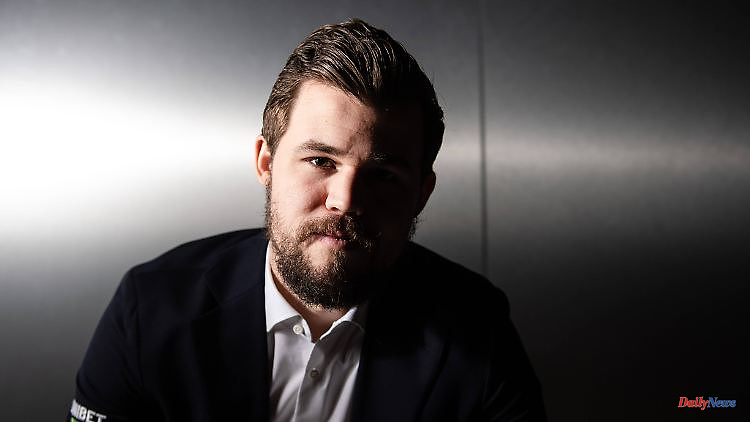 Hans Niemann is suspected of having cheated world chess champion Magnus Carlsen in a duel. The genius from Norway himself raises the accusation. The scene is in turmoil, gathering clues. But what is missing: evidence. A strange spectacle.

Magnus Carlsen has broken his silence. But the Norwegian hasn't (yet) done the chess world any favours. Because the superstar only caused more trouble on Monday evening. Of course, one can give him credit for finally saying what he's been suggesting in a strange, nebulous way for weeks, namely that his opponent Hans Niemann is cheating. However, Carlsen does not provide any evidence for his allegations. That's a problem. Or not? The feud between the two grandmasters reaches strange proportions.

And the distribution of roles is becoming increasingly difficult to understand. The matter seems basically clear: Carlsen sees himself as a victim and Niemann as a perpetrator. The Norwegian might not believe he was legally defeated at the Sinquefield Cup in early September. For weeks he hinted that the 19-year-old American had cheated. However, he did not specifically say so. Until Monday evening. The consequences of the quake could no longer be stopped. The scandal - it's one, regardless of whether the allegations are true or not - has thrown the entire scene into turmoil. The experts passionately pounced on Niemann, while Carlsen was able to watch the hustle and bustle in a relaxed manner. The roles were clearly divided. From himself.

Analysis followed analysis. And indeed, a few inconsistencies came to light. The grandmaster Hikaru Nakamura found out that Niemann, according to his own statement, had prepared for certain Carlsen moves from the past, which the Norwegian had never played according to the databases. Strange but no proof. Nakamura also warned that. But more and more experts suddenly questioned the game of Niemann, the world number 49. In "normal games" he would act according to his ranking. In extremely important duels, on the other hand, he plays with incredible precision. On Monday, shortly before Carlsen publicly named the fraud via Twitter, FIDE Master Yosha Iglesias presented an analysis on her YouTube channel that showed some so-called 100 percent games for Niemann in the recent past. A value that normally only a chess computer achieves with this frequency.

The pressure on Niemann grows and grows. However, the way it is practiced borders on bullying. For example at the Julius Baer Generations Cup, when the Norwegian gave up after a move and without any comment. Niemann was exposed. Grandmaster David Howell marveled and said: "These are just bizarre, bizarre times."

Carlsen's behavior raises a lot of questions. Why does he hide behind nebulous insinuations for weeks? He even tried a quote from star coach José Mourinho. "I prefer not to talk. If I say something, I'm in big trouble." Now he has spoken, but delivered nothing incriminating. The chess world is divided. While some act as investigators, others denounce the strange behavior of the Norwegian genius. Such as Master Jovanka Houska. "He can't just say, 'I think you cheated' and provoke a witch hunt. He has to say, 'Here's my proof'."

The world association was not happy about Carlsen's style either. As the supreme authority of sport, it is FIDE's duty to protect the integrity of the game and its image, the statement said a few days ago. In view of the fact that the current incident continues to escalate, it is now necessary to take a "step forward". The association clearly went on a confrontational course with the star player. "We strongly believe that the world champion has a moral responsibility because he is seen as a global ambassador," the federation wrote. "His actions affect the reputation of his colleagues, their sporting results and can end up damaging the game." FIDE is "firmly convinced that there were better ways of dealing with this situation". As much as Carlsen's tactics bother the world association, he says he is very interested in finding and punishing cheaters. You share Carlsen's concerns about the consequences of fraud for sport.

Germany's youngest chess grandmaster, Vincent Keymer, explained to the "Sportschau" how difficult it is to uncover fraud. It's pretty easy to find out for amateurs. But: "When a top player plays a particularly good game, you don't know for sure. Very good players can also play very strong games," explained the 17-year-old.

While it is easier to "cheat" in online tournaments, despite all the organizers' options with predetermined camera positions and randomly selected room, ear or other scans, it is extremely difficult in direct duels. "At the Chess Olympiad, there were metal detectors. Often there are even scanners that detect radio waves. A lot is already being done to prevent cheating," he explained, adding: "The problem is quite big, because the engines are so much stronger than the humans."

Carlsen said on Monday that Niemann's progress was "unusual". In one of the recent duels, he had the impression that the young American "wasn't tense and wasn't even fully focused on the game in critical positions," "while outplaying me with Black in a way that I think should be done only a handful of players can."

And then Carlsen continued his campaign against the 19-year-old, stressing that he no longer "plays against people who have repeatedly cheated in the past because I don't know what they will be able to do in the future". He couldn't say more at the moment, "but I hope that the truth in this matter will come out, whatever it may be".

And indeed, Niemann had cheated in the past. He himself admitted to not having won fair games twice in virtual tournaments at the age of 16. He deeply regrets that today, he assured, and is ashamed of it. He is now ready to play completely naked to prove he is not using any props: "I know I'm clean." 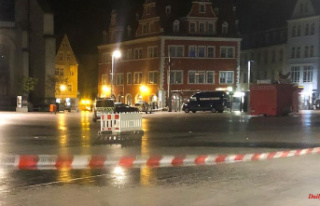