It's no surprise: in the occupied regions of Zaporizhia, Cherson and Luhansk, the Russian occupiers want to see overwhelming support for annexation to Russia after the mock referendums. 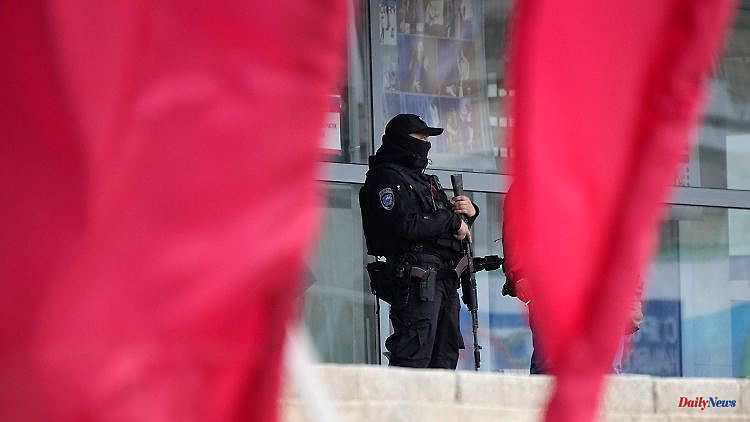 It's no surprise: in the occupied regions of Zaporizhia, Cherson and Luhansk, the Russian occupiers want to see overwhelming support for annexation to Russia after the mock referendums. According to observers, Ukrainians were forced to vote.

After the conclusion of mock referendums in several Ukrainian regions, the Russian occupiers presented an alleged overwhelming approval of the population there for annexation to Russia. After counting all the votes, more than 98 percent of voters approved in Luhansk in eastern Ukraine, more than 93 percent in Zaporizhia in the south and more than 87 percent in Cherson, also in the south, the occupation administrations said in the evening.

In Donetsk, the evaluation of the vote, which violated international law, was not yet complete, but according to preliminary information, the approval rating was already given as almost 95 percent. Thus, an unprecedented annexation of the territories is likely to begin in the coming days.

Ukrainian Foreign Minister Dmytro Kuleba said Kyiv would not be influenced by the so-called referendums. These would "have no impact on Ukraine's politics, diplomacy and actions on the battlefield".

Kiev's allies warned Russia against annexing Ukrainian territories. "We will not - never - recognize the annexation of Ukrainian territory by Russia," said US Secretary of State Antony Blinken. He repeated a threat by US President Joe Biden that the US wants to impose "additional quick and high costs" on Russia because of the so-called referendums. A spokesman for the European Union announced that the EU would impose sanctions on the organizers of the "illegal" votes.

The mock referendums are not recognized worldwide because they are held in violation of Ukrainian and international laws and without minimum democratic standards. Over the past few days, observers have pointed to numerous cases in which Ukrainian residents of the occupied territories have been forced to vote.

In a next step, it is expected that the occupation administrations deployed by Moscow will officially apply to Kremlin chief Vladimir Putin for admission to Russian territory. Before the start of the sham referendum, Putin had emphasized that the areas would then be completely under the protection of the nuclear power Russia.

1 Holes 'too big' for accident: Denmark: Gas... 2 Cause of insect deaths: EU wants to reduce the use... 3 "Process will continue": Russia announces... 4 Bavaria: Findings on Antisemitism and Holocaust Remembrance 5 "GoT" star breaks down in tears: Maisie... 6 Baden-Württemberg: brother and mother set on fire:... 7 Baden-Württemberg: Evacuation of cruise ship is rehearsed 8 North Rhine-Westphalia: Archdiocese of Paderborn presents... 9 Because of the flight of young Russians: Latvia declares... 10 Refugee criticism is "perfidious": Strack-Zimmermann... 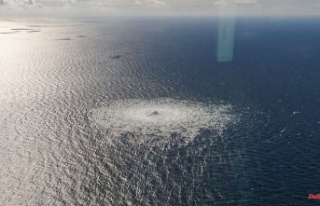