The members of Hertha BSC have elected a new president after the resignation of Werner Gegenbauer: Somewhat surprisingly, Kay Bernstein, a former ultra, will head the club in the future. 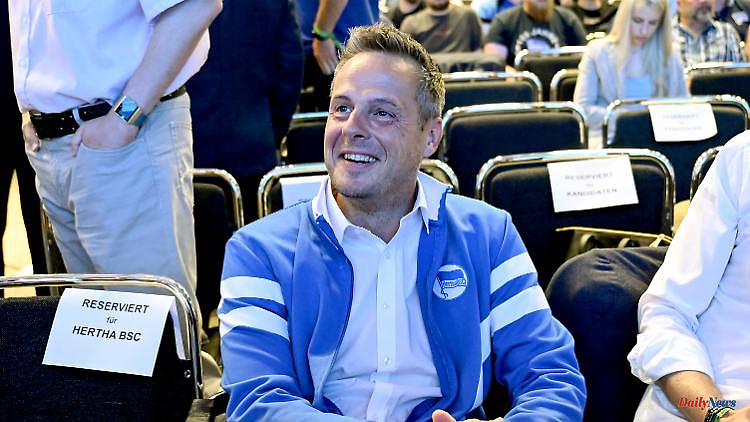 The members of Hertha BSC have elected a new president after the resignation of Werner Gegenbauer: Somewhat surprisingly, Kay Bernstein, a former ultra, will head the club in the future. The result is a defeat for the president of another capital city club.

Hertha BSC is now headed by a former ultra as president. The members of the capital club dared a small revolution on Sunday and elected the communications manager Kay Bernstein. The 41-year-old received 1,670 out of 3,016 valid votes and prevailed against the preferred candidate of the supervisory board and long-time CDU member of the Bundestag, Frank Steffel, and the blatant outsider Marvin Brumme.

"Our old lady is in intensive care. Now we can heal her holistically from the inside and make her healthy," said Bernstein in the City Cube of the Berlin Exhibition Center after his election. A huge cheer erupted at the announcement. "We need an honest, real restart," he had previously said. After Bernstein's speech there had been long applause and standing ovations.

The election had been eagerly awaited after 14 years under Werner Gegenbauer. It's a victory for the active fan base and a crushing defeat for the club's establishment. Bernstein was once the lead singer in the East Stand of the Bundesliga soccer club and is still involved in the fans' social projects today. He has no experience at the head of a Bundesliga club or as an official. Bernstein said he couldn't do it alone. He wants to build a team, it needs a truce with everyone in and around the club, which he also included investor Lars Windhorst.

The Berliners have turbulent months behind them. Only in the relegation did the Berliners manage to stay up in the Bundesliga under Felix Magath at the end of May. Just one day later, the controversial President Werner Gegenbauer resigned after 14 years in office. Hertha is in the midst of a massive change in personnel, but most of the key positions have now been filled. 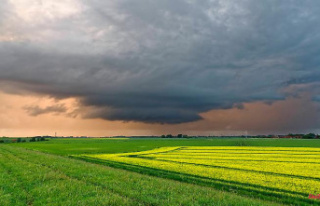 The weather week in a quick check: tornado danger...