Emotional big bang thanks to DFB women: The cruelest and most beautiful of all roller coaster rides 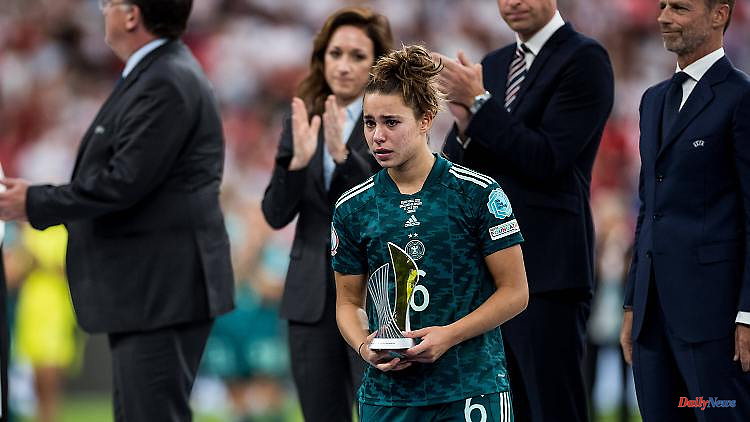 Pulse again at last. And that in an international match! For football fans, DFB only means boredom and hashtags. But then the German soccer players come along and turn everything upside down. Insanity!

Huh, what's going on there? pulse to the limit. The fingernails off or at least chewed. The gaze is visibly nervous and directed to the time on the TV. An intoxicated state sets in. There is an international football match going on, which in recent years has in many places been equated with indifference, boredom and sometimes even disinterest.

But the German women's European Championship final on Sunday evening shows many what DFB football can still trigger deep inside a fan. How trembling he can make you feverish. How he can let ecstatic jubilation (1:1 by Lina Magull just before the end of regular time) and cruel frustration (2:1 for England by Chloe Kelly in the 110th minute) culminate in a crazy roller coaster ride of emotions in the shortest possible time. How ready he makes you. The German soccer players managed to do what their male colleagues have not been able to do since the 2014 World Cup.

The outstanding TV ratings, the thousands of fans at the public viewing, the collective attention: Many people didn't think such an ecstasy was possible before the EM. The entire Bundesliga is besotted with the game played by the DFB-Kickers, celebrities celebrate with media attention, politicians from the Greens to the SPD to the AfD outbid each other with oaths of support. After the semi-final victory against France, various newspapers even wrote about the summer fairy tale based on the 2006 World Cup. At that time there was talk of a "big bang of emotions" - many are now experiencing this singularity again, despite the contradiction.

The women's national team is everything but irrelevant. Many a fan may have forgotten what that feels like. 6.37 million spectators watched Hansi Flick's team in the first international match of the year against Israel. It was only a test match, but overall the men's international matches are showing falling TV ratings. In contrast, there are almost 18 million who cheer on Sunday evening. A record. According to AGF video research, the transmission's market share was an incredible 64.8 percent.

Of course, the fact that many feel more about the women now is due to the team's strong run and the collective emotions and sense of togetherness it unleashed across the country. The frustration about the corona pandemic may also play a role, people finally want to celebrate, feel and be alive again. That was not yet possible at the EM 2021 for men because of the Delta variant and also thanks to the conservative appearance of the national team.

The intoxication with the DFB women is also related to the way the footballers play and their stories, which invite identification. Old champion Alexandra Popp, almost driven to despair by injuries and Corona on the way to the EM, scores and heads goals like a young goddess. The only 20-year-old Lena Oberdorf is the undisputed boss in midfield like Bastian Schweinsteiger in the 2014 World Cup final, straddle like Katsche Schwarzenbeck once did and after the bankruptcy in the final weeps the tears that every spectator would like to cry for her. Lina Magull - to be found everywhere, incredibly busy and scorer of the interim equalizer against England - even makes Popp (almost) forgotten for a short time. Marina Hegering and Kathrin Hendrich show (except for 0:1) how aggressive and modern defensive work works.

But the renewed desire and identity-forming feelings are also born from everything that is no longer fun in the men's national team. The miserable marketing term "The Team" introduced in 2015 is symbolic of this. It is now being abolished after many years of dislike. For many fans, the men's national team has degenerated into entertainment. Too smooth, too much event. A silly and meaningless hashtag (

In addition to the annoying entertainment trappings, the football fans are saturated and annoyed when it comes to the men: The more than critically viewed World Cup in Qatar with its human rights problems, qualifying games, Nations League (which nobody really understands or loves), which is being pulled further and further apart Bundesliga and Champions League match days. This is all way too much. Of course, with more success in major tournaments, things might have looked different. But "Best never rest" (the best never rest) was announced, then in 2018 they were eliminated without a murmur in the preliminary round of the World Cup. Football festivals have been in short supply under Joachim Löw since the 2016 European Championship, and Hansi Flick hasn't really been able to turn the tables yet either.

But now the EM parties with the women, which cast a spell over an entire country. Who win the most important thing in the final: the hearts. Now again sweaty and feverish with a life-threatening pulse. drama finale! And then an extension! Help! But that's exactly what every football fan wants. So cruel. So beautiful. If the fingernails aren't at least chewed, it wasn't a good game.

Or, to put it in the words of the writer Renate Bergmann, 82 years old, who writes on Twitter: "It's good that my teeth are already in the bowl, otherwise I would probably bite my nails because of the excitement." Rare and somehow strange-sounding words, but: Thank you, DFB. 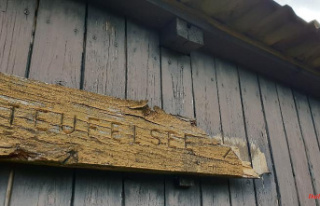 Police assume sex murder: What is known about the...