Escalation in the exchange theater?: The coach takes on the fleeing Ronaldo

The drama about Robert Lewandowski has hardly ended when Cristiano Ronaldo, the next superstar, chooses the path of escalation. 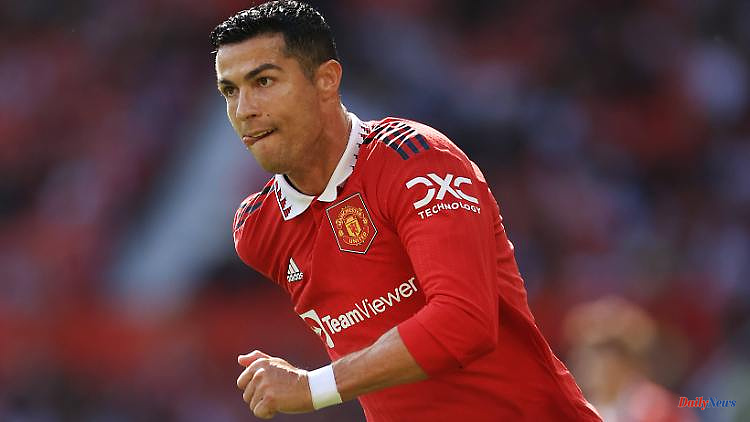 The drama about Robert Lewandowski has hardly ended when Cristiano Ronaldo, the next superstar, chooses the path of escalation. His "escape" from the stadium during Manchester United's friendly against Rayo Vallecano has now enraged coach Erik ten Hag.

Cristiano Ronaldo is doing his best these days to challenge Robert Lewandowski for the title of 'Angriest Footballer of the Summer'. The Polish star striker had teased and tackled Bayern Munich so severely for weeks that, after a tough fight that was consuming for all sides, he was finally allowed to switch to his longing club, the Catalan bankrupt giants FC Barcelona. An absurd war of roses that found its "happy end" on Tuesday when the striker returned to Säbener Straße to say goodbye. In the meantime, one could probably discuss the level of "happiness" among all those involved intensively and passionately.

Anyway, topic closed. Unlike Cristiano Ronaldo. The superstar would also like to leave his current employer. Preferably immediately. Manchester United will not play in the Champions League next season. But may (or must) compete in the Europa League. For the dazzling king of the past football decade, this is a gigantic horror and the final argument to end his second, less successful time with the Red Devils prematurely. Where to go Difficult question. Numerous top clubs like FC Bayern have already declined with thanks. But because United sees things very differently and would like to keep the Portuguese, there is a crunch, sorry, it's cracking now.

And that's right after the 37-year-old's first appearance for United this season. The star striker and other players left the Old Trafford stadium early on Sunday during the ongoing friendly against Rayo Vallecano (1-1). Like Kevin Kuranyi once did. For the attacker, the DFB career was over. The Portuguese has not (yet) achieved this goal, should Ronaldo pursue it really aggressively. But at least the next escalation level was called. Because his coach is pretty angry.

"I can't accept that," said Erik ten Hag, who took over the team as Ralf Rangnick's successor in the summer, in an interview with the Dutch sports portal Viaplay Sport. "We are a team and you have to persevere to the end." Ronaldo had played his first game in twelve weeks for the record champions against Vallecano after a private break, he was on the pitch for 45 minutes. And later posted a greeting on social media that is now a bittersweet punch line: "I'm glad to be back."

The theater around Ronaldo and United has also been dragging on for many weeks. Most recently, there is said to have been a crisis talk with his advisor and those responsible for the club. Exit? Not clear. But he apparently has zero interest in a future in the working-class city. He had just furiously attacked the English media to support this point of view. "It's impossible that a day goes by without people talking about me," he wrote on Twitter. "Otherwise the press doesn't make any money. They know that they can only get people's attention with lies. Keep up the good work and maybe one day you'll be able to get the message right." Ironically, Ronaldo left the comment under a post saying United are not letting their superstar go.

By the way, the stadium "escape" and his reckoning will underpin another status of the anger footballer. According to a recent study, Ronaldo is the most abused player in the Premier League. 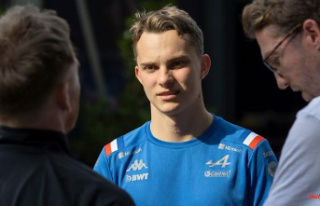