Foreign press praises the DFB team: "A powerful gesture and a clear statement"

No rainbow, no "One Love" bandage, but the German national soccer team poses with their hands over their mouths before the World Cup opening game. 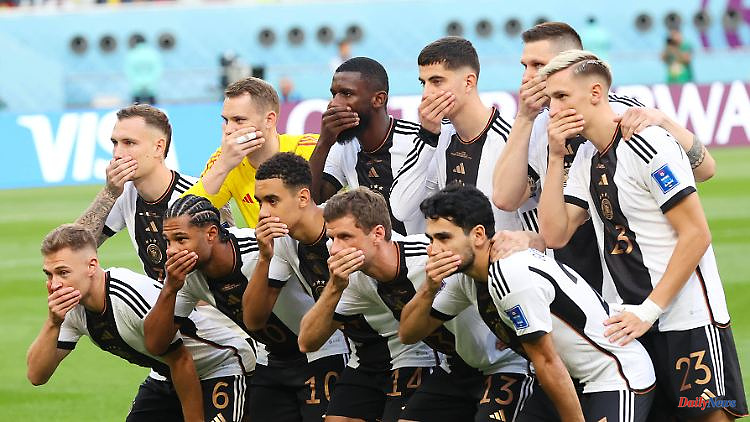 No rainbow, no "One Love" bandage, but the German national soccer team poses with their hands over their mouths before the World Cup opening game. A small gesture whose addressee - FIFA - is perfectly clear. That goes down well abroad.

"The Guardian": "Germany says how it is. The Germans started the game slowly, but were quick to make their statement before kick-off."

"The Mirror": "A powerful gesture and a clear statement."

"Gazzetta dello Sport": "No rainbow armband for the German captain, but a strong gesture together with his teammates."

"Kronenzeitung": "They did without the 'One Love' captain's ribbon, but Germany's World Cup stars still sent a signal at the start against Japan. The DFB selection very obviously sent a signal to the world football association on Wednesday."

"Blick": "They hold their hands in front of their mouths for the team photo. True to the motto: Our opinion is censored. A strong sign."

"De Telegraf": "After the ban on the 'One Love' bandage, Germany is making a bold statement to FIFA."

"A Bola": "Even without an armband, we resist. Germany is sticking to the protest against FIFA." 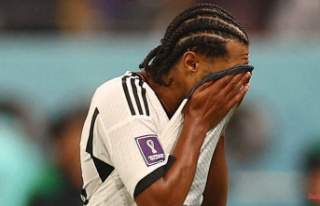