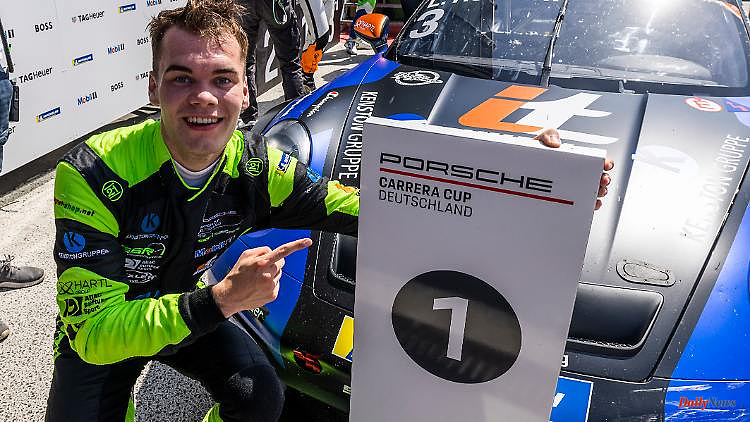 In the Porsche Carrera Cup Germany, Porsche Junior Laurin Heinrich (Germany/SSR Huber Racing) continues to be in good form. On the Circuit Zandvoort (Netherlands), the Würzburg driver won the seventh race of the season on Saturday.

"It's difficult to overtake on this narrow track, so I pushed straight away at the start and was rewarded. It was a hectic race but I was able to use the safety car periods to bring my tires back into the optimum temperature window " says Henry. Second and third place in the ADAC GT Masters race went to Larry ten Voorde (Netherlands/Team GP Elite) and Bastian Buus (Denmark/Allied Racing).The race started with 31 of the 375 kW (510 hp) Porsche 911 GT3 Cup was eventful. Several vehicles collided in the first corner, which led to an interruption of several minutes. Shortly after the restart, Heinrich took the lead after passing pole setter ten Voorde on the inside lane. Despite two safety car phases, the 20-year-old showed himself to be in command and was the first to cross the finish line after 14 laps. Ten Voorde was unable to put the man in front under significant pressure – the 25-year-old followed 0.6 seconds behind Heinrich in his home race. "Unfortunately, I didn't get off that well at the restart, that was the decisive factor. In the race I was able to keep up with Laurin Heinrich, but I couldn't find an opportunity to overtake," analyzes ten Voorde.

Buus was delighted with his third podium result of the season. "A place in the top 3 was my goal, so I'm happy with the result. In the meantime, I was able to get close to Larry ten Voorde. In the end, however, I didn't want to lose my place on the podium through an ill-considered maneuver," says the Dane. Lucas Groeneveld (GP Elite) from the Netherlands and rookie Alexander Tauscher (Allied-Racing) finished fourth and fifth – for both these are their best results so far in the Porsche Carrera Cup Deutschland. Jukka Honkavuori (Finland/ID Racing) saw the checkered flag in sixth place, but received a time penalty of 30 seconds after the race for a jump start. After a great race to catch up, Loek Hartog (Netherlands/Black Falcon), who started the race from 16th place, secured sixth place. His compatriot Max van Splunteren (Team GP Elite) took seventh place ahead of Lorcan Hanafin (Great Britain/Fach Auto Tech).In the ProAm classification, Kim Hauschild (HRT Performance) was initially in the lead. However, the German had to park his cup vehicle early in the pits after a puncture. As a result, Jan-Erik Slooten (Germany/IronForce Racing by Phoenix) won the 4.259-kilometer track on the North Sea coast ahead of his compatriots Sören Spreng (Black Falcon) and Christof Langer (Fach Auto Tech). Heinrich leads the Porsche Carrera Cup with his victory Germany started with 153 points after seven out of 16 runs. Defending champion ten Voorde follows in second (112 points) ahead of Buus (98 points). Round eight of the Porsche Carrera Cup Deutschland begins on Sunday at 2:40 p.m. local time and will be shown live on NITRO on German free TV. The RTL Deutschland channel will broadcast from Zandvoort from 2:15 p.m. Fans can also follow the race via live stream on RTL, the Porsche Carrera Cup Deutschland Facebook and YouTube channels and the Porsche Motorsport Hub. 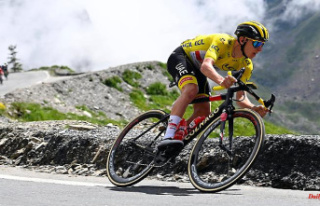