It's his home race. 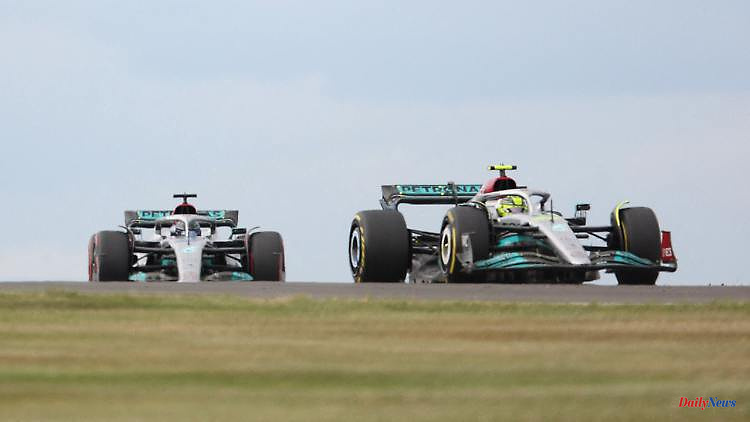 It's his home race. He's the record winner. Lewis Hamilton has a lot in common with the race at Silverstone. Friday, and especially the second practice session, gives reason to hope that the seven-time Formula 1 champion can finish right up front in the tenth race of the season.

There were two training sessions that could hardly have been more different. The typical British rainy weather slowed down the first session at the Silverstone Circuit on Friday - lots of rain, little action, but hardly any meaningful results. Then followed a second training session under dry conditions. Lo and behold: With fresh slicks, Lewis Hamilton raced to second place in front of his home fans in the "Home of British Motor Racing". Before Charles Leclerc. In front of World Cup leader Max Verstappen. In front of stable rival George Russell.

After just ten minutes of training, there was a moment when the concerns of the team and fans increased significantly. The Mercedes driver pronounced the evil B-word. "I have a lot of bouncing," the 37-year-old radioed to his team and complained about the bouncing on the fast straights. bouncing. A word that Mercedes and Hamilton fans no longer want to hear. Especially since the racing team had actually assumed that the problem had been solved after the Azerbaijan GP.

It is not yet possible to say exactly how big the problem is in England. "Whether Mercedes has the bouncing under control here depends on what they tried today," analyzes RTL expert Christian Danner. "Does Lewis want to try out whether it bounces or not, does he want to try out in which window my performance is ideal, where do I still have enough grip?" Either way, in the end it was enough for Hamilton, the record winner of the British GP, to take second place, just a tenth and a half behind Carlos Sainz in the Ferrari. But six tenths ahead of garage neighbor George Russell, who had outperformed him in most races this season.

In general, it was noticeable that the times at some racing teams differed internally. Danner explains how this is possible. "Because of the limited time, the team distributes the tasks and runs different programs. That means: one person goes a bit in the direction of development, the other in that direction," he says. Afterwards you throw everything in a pot, shake it up and pick out the best parts. "That's why there were relatively big differences from car to car within the teams, except for those who were on the same road. You saw differences at Mercedes and Ferrari, and at Aston Martin too."

On a fast lap, the W13, Hamilton's Mercedes, was competitive on Friday. What gives Mercedes a lot of hope, however, are the long run times that simulate driving in the race on Sunday. Because the Silver Arrows kept up with the Scuderia and Red Bull. Most recently, Mercedes chief engineer Andrew Shovlin explained that they were always half a second behind.

If Mercedes manages a coup in qualifying, rain chaos is always possible at Silverstone, the until recently unthinkable seems possible again: a race win. The timing could hardly be better. Silverstone is Hamilton's home race, the Brit really thrives in front of the hundreds of thousands of fans, and the Mercedes factory is not far away either. In keeping with the home game, the team has launched a number of updates, including a new rear wing, underbody and front suspension. Hamilton himself thirsts for a sense of achievement. So far, two third places are the biggest successes of the season. By the tenth race at the latest, he has won at least one GP in every season of his career. So it's about time.

The appearance gives hope to the Hamilton fans. Danner also praises the Friday performance. "Mercedes looks very mannered, which is certainly different than usual." Because a quick reality check shows: The racing team is only the third force in Formula 1. In the team ranking, the team with the star is 116 points behind the industry leader Red Bull. In general, Mercedes is "a little bit better than usual," says Danner, but then puts a lot of pressure on the brakes on euphoria. "But the general weather situation remains the same, even if Norris radios in there - Red Bull, Ferrari." The last minutes of practice 2 showed that not everything went smoothly at Mercedes either. Suddenly part of the car was on the track. "I lost something, probably from the underbody," Hamilton radioed. The B-word was forgotten again. 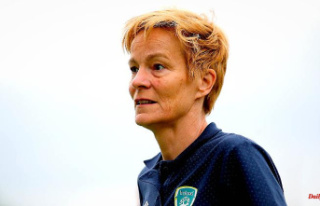