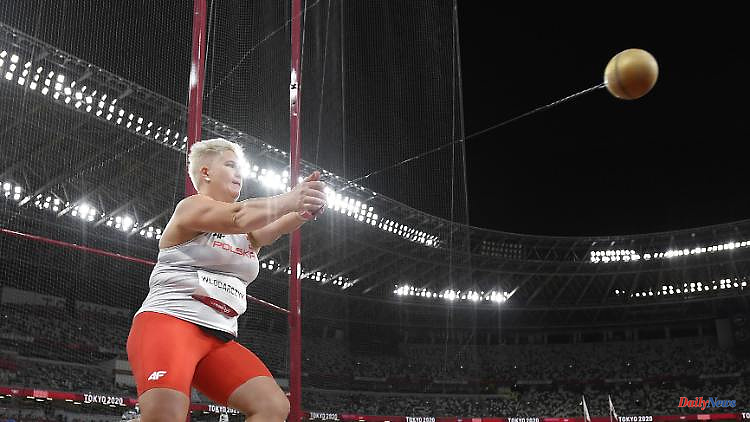 Anita Wlodarczyk is a very good hammer thrower. Multiple awards, if you will. She wins gold at the Olympics three times and is also extremely successful at world championships. But she will miss the World Cup this year. The reason for this is as spectacular as it is curious.

Three-time Olympic hammer throw champion Anita Wlodarczyk has to end her season prematurely after being caught by a car thief. As the 36-year-old reported on social media, she sustained an injury to her thigh during the campaign and was therefore operated on on Monday. The Pole misses the upcoming World Championships in Eugene/USA and the European Championships in Munich. "I will do everything to be there again next year and to give you a lot of joy," wrote Wlodarczyk to her fans.

Just a few days ago, a man had tried to steal her car. "I single-handedly arrested the thief and handed it over to the police. Unfortunately, I paid for it with a muscle injury," she previously wrote. At first she didn't even realize she was injured. "The adrenaline was so strong that I didn't even feel it."

Wlodarczyk, who last year in Tokyo was the first athlete to win Olympic gold three times in a row in one discipline, is considering whether she will later switch from the hammer throw ring to another. "After my career, I think I'll fight like our champion Joanna Jedrzejczyk in MMA or UFC because the perpetrator was injured," wrote Wlodarczyk - but probably not meant too seriously. She actually had her sights set on her fifth title at the World Cup, but that's not the case now.

Wlodarczyk is already thinking about the 2024 Olympics in France and is far from wanting to end her career. "There is a lot of work waiting for me in rehab," she wrote, making it clear that "in two years in Paris I want to be back on the podium". 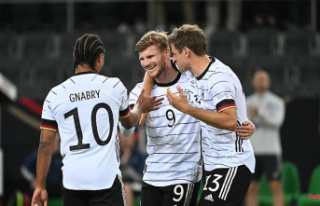 The DFB party in a quick check: The European champions...