Image change at Bayern: Hasan Salihamidžić: "I was often the bad guy"

Hasan Salihamidžić is one of the defining football figures of this summer. 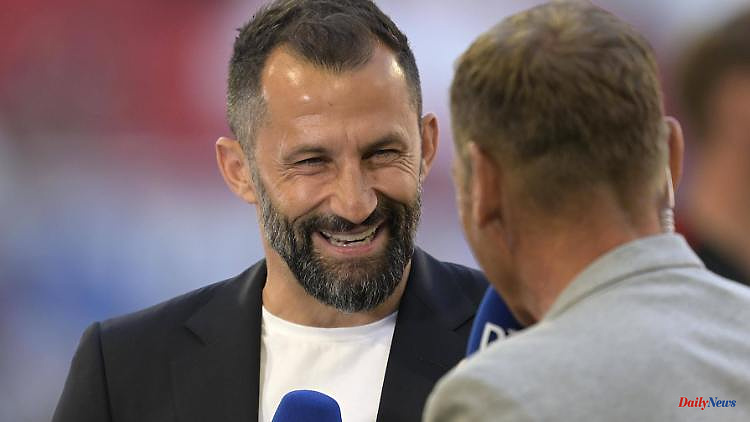 Hasan Salihamidžić is one of the defining football figures of this summer. The sports director rebuilt the FC Bayern team in a remarkable transfer frenzy - and earned great respect in the process. But times were not always easy for him.

Nobody laughs at Hasan Salihamidžić anymore. The sports director used the complicated transfer summer of 2022 to earn a lot of reputation. Not only did he manage to lure a superstar to Munich with Sadio Mané, but he also brought the transfer theater around Robert Lewandowski to a happy end. At least financially, the deal was worth it for Munich. 45 million euros plus bonus payments for a 33-year-old, that's strong. Mané and Lewandowski are just the highlights of his work at Bayern, which will now apparently be rewarded by the bosses.

The status is still like this: His contract expires next year. "As far as my future is concerned, I'm relaxed. I notice how respect towards me is changing," said Salihamidžić in an interview with the "Süddeutsche Zeitung". "Sport Bild" had previously reported that an extension of the working paper was a long-term matter that had already been decided. And at the supervisory board meeting on August 29, it should only be approved. It's a remarkable development that the 45-year-old has completed. A few weeks ago, there were reports that he was counted internally. The club denied that, but the rumors didn't really want to be silenced.

Well, just before the start of the season, this scenario looks like it's from another time. Hasan Salihamidžić has become one of the defining figures of this football summer. But he doesn't see his work as a one-man show. He believes, said the sports director, that he now forms "a very good team" with club boss Oliver Kahn and President Herbert Hainer. Meanwhile, yes. Because his time on Säbener Straße was far from easy. Just the beginning was complicated. He had "made mistakes" and "burned his fingers here and there". He first had to find his place between the old grandees Karl-Heinz Rummenigge and Uli Hoeneß. "The reorganization of the team was complicated, then the pandemic came. It takes a while before you become sovereign."

Among other things, there was criticism that the bosses had hidden too often in the past season when things got explosive. For example in the vaccination theater around Joshua Kimmich and four other players from the club. One learned from it, says Salihamidžić. When it comes to important issues, the bosses want to show their colors more often and relieve Julian Nagelsmann. In the past, the coach had repeatedly had to provide information on difficult issues because the bosses were silent. "We will definitely change something there and sit down in the press conferences on special topics. Just to relieve the coach of the burden." He once again described Nagelsmann as "a stroke of luck for FC Bayern" but it was also normal "that Julian is still developing. It's a learning process, just like it was for me. He too has to find his style. But we all have to give him the time."

He was under particular pressure in a dispute with ex-coach Hansi Flick. Your squad dissent was sometimes carried out in public before Flick voluntarily withdrew. But it was mainly the functionary who suffered the most damage. He got caught up in a whirlpool of constant resentment and hostilities. "The part of the criticism that was unobjective and personally motivated did hurt." But he didn't think about quitting. "It wasn't that far, no. All of a sudden we didn't give a good picture anymore." It's different now: "The mood has changed." After the first reactions he noticed: "The name Mané will have a wow effect."

But it's not just Mané who earns him and his work respect. The transfer of Matthijs de Ligt also caused a stir. Not only because of the sum, which could level out at 80 million euros with all bonus payments, but also because the Dutchman is still one of the greatest defensive talents on the continent. Ryan Gravenberch, Noussair Mazraoui and Mathys Tel were other newcomers who promise great things. Mazaroui and Gravenberch possible this season, forward Tel in the future. But Salihamidžić also did a good job with the departures. For the rarely used substitutes Marc Roca and Omar Richards, he negotiated a transfer fee just over the ten million euro mark.

Salihamidžić said that in the past he had "often been the bad guy" when it came to restructuring the squad. Especially in the Lewandowski case, he had drawn the anger of the fans at the beginning of the grueling transfer saga. "It was and is always about FC Bayern. It was important to me that we strengthen the team so that they can play at the top of Europe," says Salihamidžić of "SZ" and is also happy about the change in image. It is indeed a remarkable one.

1 A gift for Putin: How the Serb Aleksandar Vučić... 2 Temperature Shock Needed: Heat wave does not affect... 3 Study on life expectancy: men do not live shorter... 4 Thuringia: serious theft in the supermarket in Bad... 5 Thuringia: AfD in survey the strongest force in Thuringia 6 30 bargains for your manager game 7 After the trip to Moscow: "Disgusting when former... 8 EU Court of Justice rejects – parents want to move... 9 Disposal: Start construction work to dump Fukushima... 10 With these new Corona rules, the anger is programmed 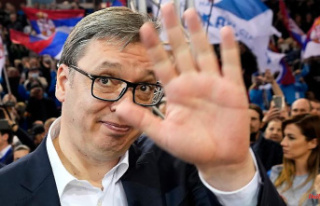 A gift for Putin: How the Serb Aleksandar Vučić...