What a drama: In an intense European Championship final, England's soccer players defeat the DFB team and are crowned European champions. 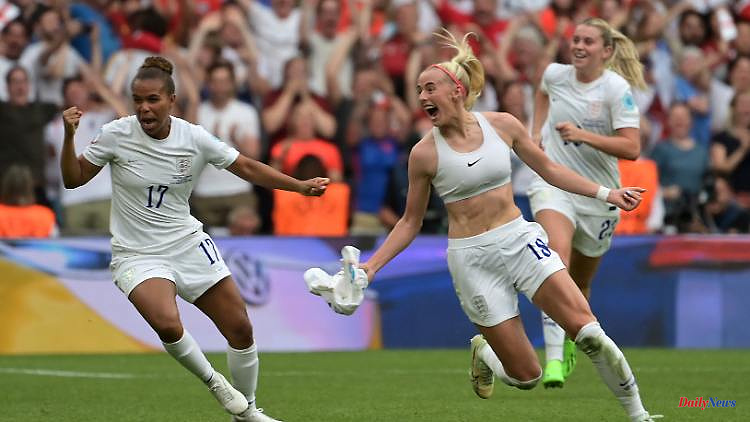 What a drama: In an intense European Championship final, England's soccer players defeat the DFB team and are crowned European champions. In front of almost 90,000 fans, a late goal in extra time decided the game. It is the first title for the nation of England since the 1966 World Cup final with the infamous Wembley goal.

Tears instead of triumph: Without their leader Alexandra Popp, the German soccer team narrowly missed out on their longed-for ninth European Championship title after a make or break battle. The record European champions lost the Wembley final 1-2 (1-1, 0-0) after extra time against hosts England and thus conceded their first EURO final defeat.

"It's just a pain in the ass right now," said substitute captain Svenja Huth on ARD: "We gave our all for 120 minutes and didn't let the deficit shock us. Unfortunately, we didn't reward ourselves." Substitutes Ella Toone (62nd) and Chloe Kelly (110th) scored the goals for the English women, who won their first major title, in front of a deafening crowd of 87,192 spectators at the European Championship final (women and men). Lina Magull (79th) had equalized in the meantime.

The selection of the German Football Association (DFB), which was at the top at the 2016 Olympics, has to make a new attempt at the World Cup next year. The players of the two-time world champion can comfort themselves with a final bonus of 30,000 euros.

Captain and goal guarantor Popp, who was out due to muscular problems, did not make it into the final. The 31-year-old had previously scored in all five games. According to DFB managing director Oliver Bierhoff, Popp suffered a "slight strain" on Saturday. Lea Schüller played for Popp - the newly crowned soccer player of the year. Svenja Huth replaced Popp as captain. "We want to take the last step," national coach Martina Voss-Tecklenburg said shortly before kick-off on ARD: "We see it as a challenge, but also as a privilege."

In the repeat of the 2009 final (6:2 for Germany), the Lionesses also determined what happened afterwards. The Germans, who also had to do without Klara Bühl (Corona), still had a good chance through Sara Däbritz (10th). The DFB team was put on the defensive for long stretches of the heated game. However, the English could not create any real chances.

In the middle of the first half, the Germans broke free from English pressure. In the 25th minute, Marina Hegering almost poked the ball over the goal line after a corner. A potentially punishable handball by the English captain Leah Williamson in this scene was checked by video evidence to the detriment of the DFB selection. After that, not much happened. Both teams neutralized each other in midfield. That changed in the 38th minute when White again had the English lead on his heels.

At the beginning of the second half, the Germans turned up the heat. Substitute Tabea Waßmuth (48th) and Magull (50th) missed the chance to lead. After that, things got tougher again, after an hour referee Katerina Monsul (Ukraine) had already issued five yellow cards.

When Toone conceded, the German defense had moved too far. Magull could have equalized immediately, but only hit the post (66'). After that, the Germans threw everything forward, Voss-Tecklenburg brought a number of fresh forces for the final offensive. Magull rewarded the running DFB team with the equalizer. In the extra time, the Germans were initially more active, but Kelly tipped the ball over the line after a corner.

Even before the final, it was clear that regardless of the outcome, there would be a celebration in Frankfurt/Main on Monday afternoon. The German team presents itself to its fans on the town hall balcony at the Römer.

Neuendorf was already looking forward to the time after the finals with high hopes. "The team has put the whole country in a little frenzy in the last few weeks," said the DFB boss: "We want to convert the whole thing, we want to achieve concrete goals." 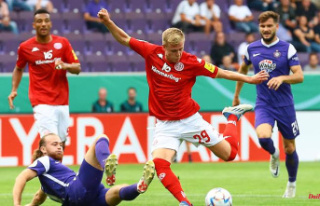 Fourth cup duel against Aue: Mainz thrives on its...