"Let's get Mick": Schumacher receives support from a competitor 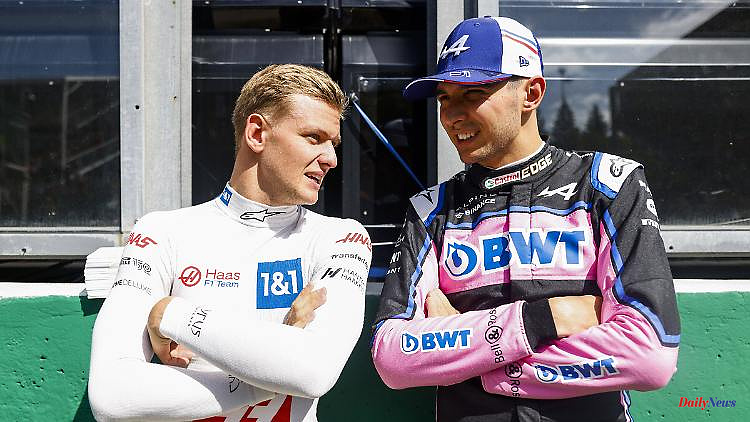 Mick Schumacher's future is still uncertain. His contract with Haas ends, there is still no extension for Formula 1. But the 23-year-old gets a lot of support - also from the competition. Esteban Ocon wants him for his team. It is unclear whether he has long since had a colleague.

Mick Schumacher has won another advocate in poker for his future in Formula 1. Alpine pilot Esteban Ocon is campaigning for the 23-year-old to join his racing team. "I told the team management that I would like to drive with Mick Schumacher. We are friends, I think a lot of him," said the Frenchman. After Fernando Alonso's surprise move to Aston Martin, Alpine still has a cockpit free for the coming season.

The team had already announced Australian Oscar Piastri as Alonso's successor. However, the 21-year-old top talent publicly rejected the offer and assured that he would not drive for Alpine. Because he wants to switch to McLaren. Alpine claims there is a legally binding contract. But Piastri apparently already signed with McLaren. Now both claim to be right. An arbitral tribunal is currently dealing with the case.

Should the case be decided in favor of McLaren, Alpine will need a new pilot. Schumacher's contract with Haas expires after this season. The team played for time last time. Team boss Günther Steiner said: "We have no pressure to make a decision. Nobody is running away." Schumacher must continue to perform to secure a place for next season.

Alpine driver Ocon said he didn't know Schumacher's contractual situation exactly. "But as I understand it, he hasn't signed anything for 2023. So I said to my people: Let's get Mick," said Ocon.

However, there are rumors that Alpine is interested in Pierre Gasly. However, his employer AlphaTauri only confirmed in June that the Frenchman will fulfill his contract, which runs until 2023. But Gasly himself is dissatisfied. "I would be lying if I said it wasn't disappointing for us. Especially when you consider that last year was our most successful season so far," he said in an interview with RTL/ntv. It seems he's eyeing a change. This could make the 26-year-old a competitor for Schumacher - but he has an advocate in the Alpine team concerned. 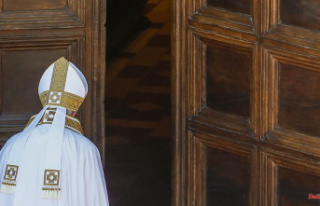 Rumors of Pope resignation: Francis meets with all...