Fred Kerley is the fastest man in the world - and the USA celebrates gold, silver and bronze in the 100 meters at the World Championships. 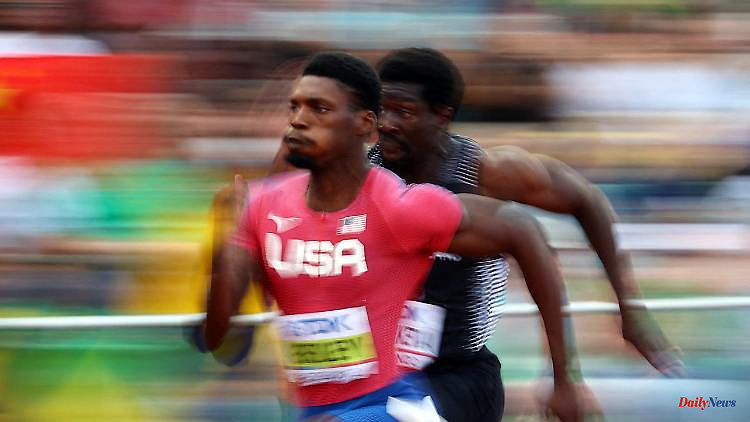 Fred Kerley is the fastest man in the world - and the USA celebrates gold, silver and bronze in the 100 meters at the World Championships. Although the Texan cannot fill in the big footsteps of Usain Bolt, he is still a good role model because of his life story.

Fred Kerley was already a legend before late Saturday evening (American time). And Fred Kerley hadn't wanted to make a secret of this, his status. The opposite was the case. He once gave himself the unmodest nickname "The Legend". However, not entirely without reason. The 27-year-old belongs to the elite of sprint stars who have each recorded a time of under 10 seconds over 100 meters, under 20 seconds over 200 meters and under 44 seconds over 400 meters. Elsewhere in this group: US talent Michael Norman and South African 400m world record holder Wayde van Niekerk.

But up until this late Saturday night (American time), Kerley was a legend without a crown. He had already won gold and silver at the American 4x400 meter relay, but in a man-to-man duel he still lacked the big title that adorns his proud neck with gold. The man without a smile has now made up for this omission. In a spectacular final over 100 meters, Kerley defeated his two compatriots Marvin Bracy and Trayvon Bromell. Only on the very last few meters did he push himself forward with his outstanding top speed.

The run was spectacular because it was exciting. Not because the times were so outstanding. Kerley won in 9.86 seconds, his US colleagues were each timed in 9.88 seconds. Great times, but they didn't live up to what the previous performances had promised. Kerley, for example, came to the World Championships in Eugene with a season record of 9.76 seconds, having already run 9.79 seconds in the lead-up. But maybe this rather normal spectacle isn't so bad after all. Because the more phenomenal the times, the greater the suspicion. The doping shadow is a constant companion in every sprint race. All too often the radiant heroes were subsequently transferred. Like the iconic Carl Lewis, who led the last US medal trip at a World Cup in 1991. He won ahead of Leroy Burrell and Dennis Mitchell.

"It felt great," said the new radiant hero after his legend crowning. "It's great to be able to do that on home soil with the support of the home fans." The vast majority of them will probably only now get to know his remarkable story. It's a story Americans love. Of a difficult childhood, of a rough environment and a heroic rise, which turned into bad luck for a short while last year before the happy ending is written. At the Olympic Games in Tokyo, his gold mission was conceded by Italian sensation Marcell Jacobs. It was a defeat that hurts. Until the start of the World Cup final. "I was so close to gold, so close," Kerley said of his failure in Tokyo: "I achieved something, but silver is not enough - I wanted gold."

This obsession carried him to Eugene. "No one in this world will break my self-confidence. I believe in myself," Kerley confessed before the world championship sprint spectacle: "I never go into a race with the thought that I will lose." And he didn't either. He believed in it until the last centimeter and when the others thought they could beat him, he passed. What was previously discussed? Would Jacobs strike again (he missed the final due to injury)? Would perennial talent Trayvon Bromell finally grab a big win? Kerley didn't care. He only thought of himself and his dream.

The American Dream. Growing up in conditions that one can benevolently describe as "difficult", he struggled through his childhood and youth. The father went to prison early in Kerley's life, the mother failed to keep the family together with five children and drifted down the wrong path. The sprinter speaks openly about his past and has already published a short biography on the Internet. It's called "Meme and me". Meme, that's his aunt's nickname. At the Kerley finally grew up. In a cramped environment. 13 children shared a room in their aunt's house! Not everyone was always fed, as a teenager Kerley almost ended up in prison. He got into college through sports. Thanks memes.

"She's an incredible woman with the best personality anyone could ask for. Kind and caring, tough but fair. Without her I probably wouldn't be here now. I definitely wouldn't be a world-class athlete and who knows where I might be in the life would have landed," Kerley wrote in his short bio. And now confessed: "I think about her every day. If it hadn't been for her, I probably wouldn't be talking to you now. She sacrificed her life for me and my brothers, sisters and cousins."

In the story about his past, he also says that all the failed existences in his immediate environment were the great motivation to make something better out of his own life: "The difference was my attitude." His willingness to fight for happiness. Always with memes as a companion. He has her name tattooed on his arm. When he broke his collarbone in high school and had doubts. "I am grateful to her for enabling me to win in life," says Kerley about his aunt: "I know that many doors have opened for me today. The future is bright for me."

These doubts have long been erased and given way to the belief that he can achieve great things, maybe the greatest in his sport: the Jamaican legend Usain Bolt. "He's probably a role model for all of us. He did great things. We all want to be on the podium and reach his level," Kerley admitted. "He did something that not many have done: world records over 100 and 200. I feel like we all want to be on his level." Whether he succeeds in sport? Questionable. His potential does not seem to have been exhausted by a long shot, as he only switched from the 400 to the 100 meters last year. And as a sport icon? Even more questionable. Kerley is a taciturn man. A legend. Without a smile. 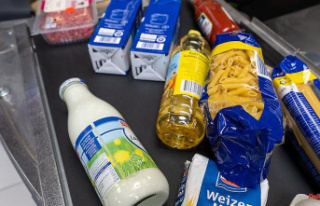 Food price pressure: Can you eat cheaply and healthily?