Malaika Mihambo wins for the first time since 2017 in a major international competition, but the long jumper is still satisfied - even if a tiny bit of gold is missing in the end. 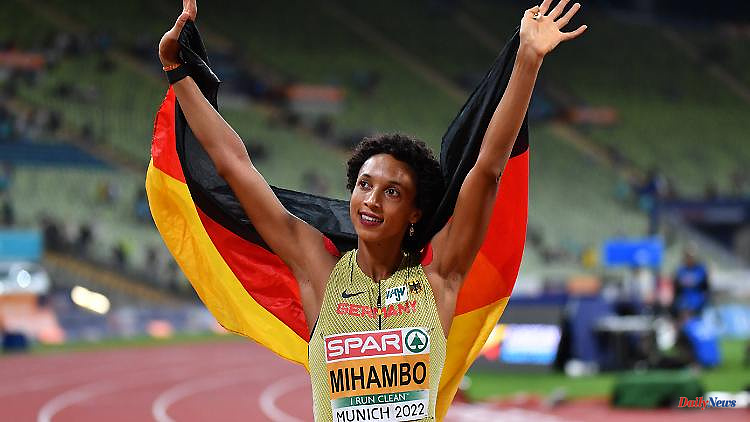 Malaika Mihambo wins for the first time since 2017 in a major international competition, but the long jumper is still satisfied - even if a tiny bit of gold is missing in the end. Also silver brings sensational high jumper Tobias Potye.

Long jump Olympic champion Malaika Mihambo was just three centimeters short of the next title. The 28-year-old finished second in a thrilling European Championship competition in the rainy Munich Olympic Stadium with a jump of 7.03 metres. Three and a half weeks ago, Mihambo had successfully defended her world title, but that didn't work at the European Championships. The victory went to the Olympic bronze medalist Ivana Vuleta from Serbia, who jumped 7.06 meters in her first attempt. Third place went to Brit Jazmin Sawyers.

For Mihambo, a challenging time ends successfully even without a title. Your start at the EM was temporarily open after a corona infection. The long jumper from LG Kurpfalz and her competitors also faced special challenges in the final. Because of a storm in Munich, the fight for the medals started a little later than planned and under more difficult conditions. After 6.71 meters in the first round, Mihambo increased to 7.03 meters in the subsequent attempt. At the World Championships, she jumped 7.12 meters.

"Maybe a bit of luck was missing," said Mihambo and still seemed satisfied during a long lap of honor to the cheers of the Munich audience, even if it was one this time after the 2018 European Championship, World Cup gold in 2019 and 2022 and the Olympic victory last year defeat gave.

The Munich high jumper Tobias Potye delivered the competition of his life almost at the same time and surprisingly won the silver medal. After crossing 2.27 meters, the 27-year-old was only beaten by the Italian Olympic champion Gianmarco Tamberi. For him there were 2.30 meters to book. "It was really fun," said Potye, who was happy to receive a congratulation from Mihambo. "I wanted to reward myself today and I managed to do that," said the 27-year-old. "Finishing second always sounds stupid, but tomorrow at the latest, when I have the silver medal in my hands, I'll be really happy.".

The Ukrainian World Cup bronze medalist Andriy Protsenko was third with also 2.27 meters. With the great success, Potye from Munich is finally leaving a big disappointment behind him: after years with numerous injuries, he narrowly missed the Tokyo 2021 Olympic Games, and now he was able to cheer in front of a home crowd.

Defending champion Mateusz Przybylko finished sixth. At a height of 2.23 meters, 30-year-old Leverkusen ended in the final. Dresden's Jonas Wagner failed because of the initial height of 2.18 meters. 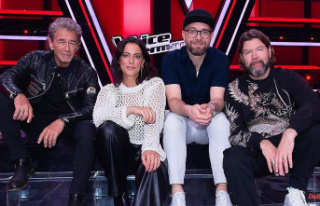 Start of "The Voice Of Germany": From heart...