The World Cup preliminary round match Portugal against Uruguay will be remembered mainly because of a speedster. 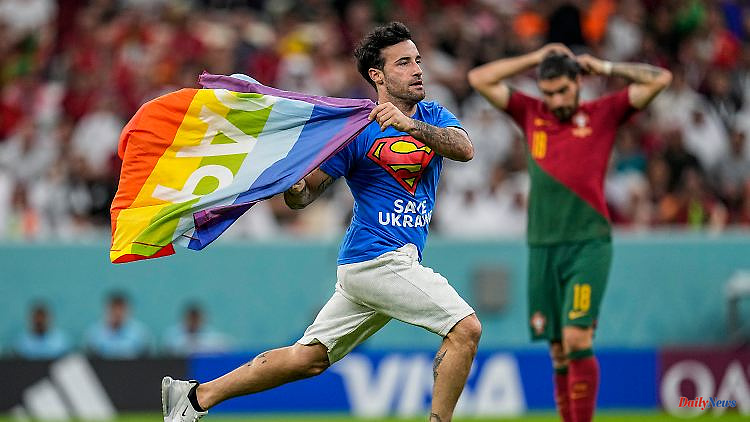 The World Cup preliminary round match Portugal against Uruguay will be remembered mainly because of a speedster. The man presents several messages at the same time: He has a rainbow flag with him, has prints on his shirt for peace in Ukraine and solidarity with Iranian women.

The World Cup preliminary round match between Portugal and Uruguay was not one of the most eventful of this World Cup. But the game in the final stadium on December 17, the Lusail Stadium, will be remembered for another reason. After 50 minutes, a streaker ran onto the square and brought big politics with it. He protested for several messages at once. Waving a rainbow flag, his blue Superman shirt read "Save Ukraine" on the front and "Respect For Iranian Women" on the back.

After running across the field, the man was stopped by security forces and escorted off the field. Iranian referee Alireza Faghani picked up the flag left on the field and transported it to the touchline. Then she grabbed a folder and, after a few seconds, took her out of the interior through the same exit that the fan was led through.

The TV viewers hardly saw the scene at all, the international direction kept them out of the worldview as much as possible. The runabout was only briefly seen, followed by the referee with the flag in his hand.

Rainbow flag, the war in Ukraine, the violent repression of the protests in Iran. Three themes that highlight some of the many points of contention at this most contentious World Cup ever. The runabout shows enormous courage with its space attack. Political messages are vehemently forbidden by FIFA at this tournament. In the first games of the tournament, paraphernalia in rainbow colors were strictly forbidden, and homosexuality is a punishable offense in the World Cup host country. Statements about the political upheaval in Iran were also consistently confiscated by the security.

The man is most likely the Italian Mario Ferri. He had gained some notoriety in his home country in the past through his speedster actions in the Superman shirt and earned the nickname "Il Falco", the falcon. Among other things, he stormed the pitch in the semifinals of Germany against Spain (0:1) at the 2010 World Cup. At that time he brought a vuvuzela and the message: "Lippi, I told you so". He was referring to the failure of the then world champion in the preliminary round.

But the messages have changed over the years. Always a footballer, he most recently played for United Sports Club, a club based in Kolkata, India, CBS reported in March 2022. Driven from India by the pandemic in February, he soon found himself in Poland, only at the border to Ukraine and then in Ukraine itself. "I drive to Lviv, look for people who need help and then drive 5, 10, 15 hours," Ferri told CBS.

Other contacts with refugees were made via Instagram. "I thought social media was just for useless stuff, but now I have a very different perspective on it," he said. No wonder that just a few minutes after the action in the Lusail, the "Falcon" Instagram account was stormed. Thanks were quickly read there. "Thank you very much for your support of the Iranians," it said there and "Free Marco". 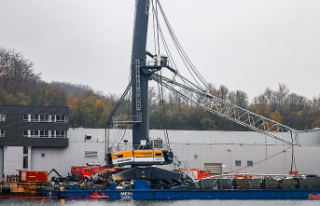