Southgate stubborn as once lion: The desperate lions of England

After two strong tournaments in 2018 and 2021, the English footballers are aiming for the title at the World Cup this year. 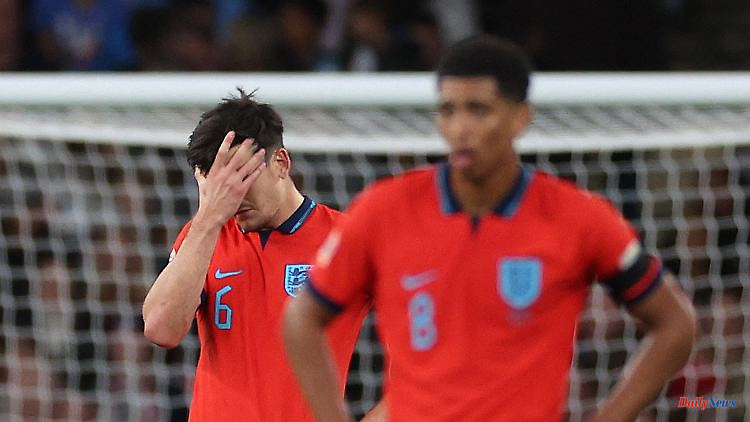 After two strong tournaments in 2018 and 2021, the English footballers are aiming for the title at the World Cup this year. But the closer Qatar gets, the weaker and more insecure the "Three Lions" appear. Coach Southgate believes he's still the "right guy" though.

Hardly anyone knows better how fleeting fame is than Joachim Löw. 2014 celebrated world champion, 2016 already critically eyed EM semi-finalist, 2018 mainly responsible for the disgrace of Watutinki, 2021 then only the end of an apparent eternal era was longed for. Knocked out by Gareth Southgate's English in the quarter-finals of the European Championship. From the celebrated and admired "Three Lions", who made it into the final with merciless defense and the extra class of their offensive top stars around Harry Kane and Raheem Sterling. Everything done right, all decisions made correctly, said storm legend Alan Shearer before the final drama against Italy.

Up until the 120th minute last July, Wembley suddenly seemed to be the place where Southgate's fortunes took a turn for the better. But then, before the penalty shoot-out, the coach brought on two super talents, Jadon Sancho and Marcus Rashford, both started and both missed. In the 1996 European Championship semifinals, Southgate missed a goal himself against Germany and now his luck has failed him again. Southgate was the tragic hero again. But just a hero. He had revived the proud nation in terms of football. The "Three Lions" were no longer howling kittens, but roaring predators again. And the next chance for a title is so close: Qatar, winter, 2022.

But the belief that the men will triumph for the first time since 1966 has dwindled since June. Nothing has worked for the English national team since then. The team received the most resounding slap in the face in the Nations League against Hungary (!). With 0:4 (!) the lions went down in Wolverhampton. It was their heaviest home defeat since a 5-1 loss to Scotland in 1928. And it called everything into question. First and foremost the trainer and the suitability for the title of the squad, which is attributed such a gigantic potential. Southgate took up the smack. Admitted to wrong personal decisions. And what followed? A 0-1 defeat against Italy and thus relegation from the top group of the Nations League and now the bizarre 3-3 against the DFB team. The criticism of the coach is growing. At least in public.

After the Wolverhampton debacle, England's usual sharp-tongued media chose headline words like "shocking", "humiliating" or "terrible" to describe the condition of the "Three Lions" just five months before the desert World Cup in Qatar. The fans in the stadium chanted spitefully at Southgate: "You don't know what you're doing." Ex-national player Jamie Carragher jumped to the side of the coach. "Shut up, you clowns," tweeted the TV expert: "This manager has led the country to its two best rankings since 1966." But fame is fleeting. What matters is the now. And that's neither nice nor successful. The list of criticisms of Southgate is long. Tactically too despondent, offensively too aimless. And on the defensive, the showpiece of past successes, there is a lack of stability and self-confidence. Among other things, because of central defender Harry Maguire. The once most expensive defender in the world is completely out of shape. But Southgate is sticking with him. Also a parallel to the late Joachim Löw, who did not allow himself to be talked into about system, line-up and squad issues. Sometimes stubborn and defiant reacted.

"It was the appearance of a player who had lost faith and was vulnerable," said the Telegraph about the giant, who lost his place at Manchester United. After the game against Germany, the BBC advised the coach not to play Maguire for the time being: "It has reached a point where it is not good for the player to hold on to him." The 29-year-old started the 0-1 lead with a bad pass and a clumsy foul on Jamal Musiala in the penalty area. Before the 0:2 he lost the ball after a brave offensive excursion, Kai Havertz completed the counterattack wonderfully. Maguire has become the face of the crisis, the face of the current state of the Three Lions. England was unsettled, at times almost panicked. The fact that the mood in the stands didn't change completely was due to the surprising turnaround. And to Southgate. With Bukayo Saka and Mason Mount, two players came on who acted bravely and went into dribbling. Who played the way England should play. Not only when the next debacle is imminent. But always.

However, Southgate still has the backing of the team. Ahead of the game against Germany, seeded winger Sterling emphasized: "I'll say it again and again: it's not the time to panic. He's shown what he can bring to this team over the past few years. He's someone who has everyone guys trust and that we all want to follow in that direction. I don't think the last few games will change that." Sterling is one of the gifted in the squad. His technique and his pace make him a key player. But Southgate does not see the key to success in the offensive. A lot of fans don't understand that. What potential is being wasted there? Kane, Sterling, Phil Foden, Jack Grealish, Mount, Saka, Tammy Abraham, Jadon Sancho and Marcus Rashford - what a dazzling list of options (although not all are currently operational).

Southgate himself is undeterred. At least he says so. And radiates it. Although there were already calls for Thomas Tuchel on social media after the bankruptcy against Italy, the incumbent says: "I'm the right one." The 52-year-old doesn't give a damn about judgments that England "run against the wall at the worst possible time" (as the "Guardian" writes). "If the reactions are aimed at me, that's totally fine because I'm 52 and I've been through pretty much everything. It's my job to take the pressure off the players."

But it's also his job to offer footballers solutions on the field. Under his direction, the lions were always at their best when they could chase the ball high from the opposing team and quickly counterattack. For a long time, however, this has hardly been possible, if at all. If England meets top organized and deep defending teams like Hungary or Italy, ideas are lacking. And slow time too. Fame is fleeting. 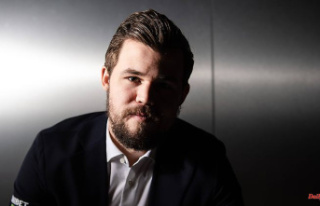