Since Russia's invasion of Ukraine, Russian biathletes have been banned from the World Cup. 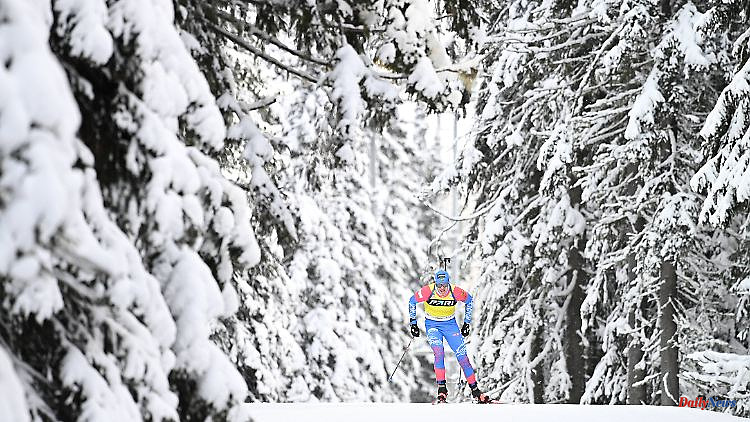 Since Russia's invasion of Ukraine, Russian biathletes have been banned from the World Cup. At the first competition, the suspension becomes an issue again. The German top athletes think the measure is good - they also have an eye on the fate of the individual athletes.

Russian biathletes are doing their own competitions in far-off Siberia. At the start of the World Cup in Kontiolahti, Finland, this Tuesday with the men's singles (1.15 p.m. / ARD and Eurosport), they are missing, as are the Belarusians. "The entire athletes' committee supports the IBU's decision," said Johannes Kühn, who is one of the athletes' spokespersons.

Because the teams from Russia and Belarus are missing. Because of the Russian war of aggression in Ukraine, they will remain excluded from the competitions until further notice, as the world association IBU decided. The two national federations are also left out until they "clearly distance themselves from the war and ensure that none of their officials or athletes are actively involved in the Russian military". But that won't happen. Russians and Belarusians were already suspended in the pre-season after the February 24 invasion of Ukraine. The Russians and Belarusians are complaining, but it is unclear when a decision will be made.

"I always see every single athlete, regardless of their nationality. Not every Russian can do anything about the situation being the way it is. Ultimately, individual people are punished for something they can't do anything about," said record world champion Magdalena nines. "But sport is also political. I don't want to make that decision." Of course you have to think about returning, said Kühn, "but the easiest way back would be if the war were simply ended. That would be the quickest way for them to come back."

His teammate Benedikt Doll also thinks the exclusion is right. Sport is also a political issue and is used for propaganda. "I think it's right that international associations don't give them the stage," said the 32-year-old, who also keeps an eye on the individual fates of the athletes concerned. "It's a shame for the athlete himself. He trains a lot for it, invests a lot for it and then he's not allowed to start. It would hurt me too if I wasn't allowed to start because my country was going to war," said the former world champion .

1 Defendant remained silent: verdict in Baden-Baden... 2 Saxony-Anhalt: trailer of a truck overturns on A14 3 Bavaria: shot at dog: half-breed put to sleep 4 Baden-Württemberg: Hermann: The car industry could... 5 Bavaria: Bus hits 26-year-old pedestrian: seriously... 6 Saxony: Leipzig Elster basin is cleared of sand and... 7 Bavaria: ATM blown up: cases in Bavaria have skyrocketed 8 Bavaria: Kaniber stays in the hospital for a few days... 9 North Rhine-Westphalia: Corona incidence in NRW at... 10 Bavaria: Fire in an apartment building in Munich:... 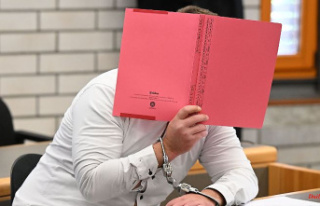