In modern football, the boundaries between fiction and reality disappear. 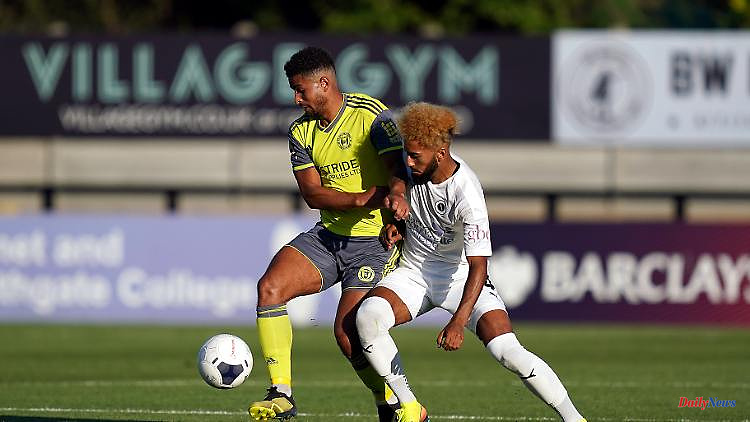 In modern football, the boundaries between fiction and reality disappear. This isn't news, the daily transfer rumors are proof enough. In England, a footballer has now based himself on the specifications of a series hit. Will Ted Lasso Play The Simpsons?

The third season of the unbelievably good football series "Ted Lasso", which is considered one of the best series of all time by quite a few experts, is still a long time coming. So before we can memorize new life lessons from the likeable US coach at fictional English Premier League club AFC Richmond, modern football offers enough inspiration for the scriptwriters.

Or is it exactly the other way around? What is fiction and what is reality? A story from the small English town of Halifax, the birthplace of mega star Ed Sheeran, makes you sit up and take notice. It works like this, as ntv.de colleague Till Erdenberger wrote down for you yesterday:

"Football clubs are used to their pre-season being disrupted when players change teams, but English club Halifax Town have suffered an unusual departure - their striker is leaving to join the dating reality show Love Island. In the, a group of candidates lives isolated from the outside world in a villa. Under constant surveillance by cameras, it is now a matter of pairing up with another participant. If this does not succeed, the isolation ends.

Jamie Allen, who plays internationally for Montserrat, travels to Spain to join the UK edition for the final days of the current season. Allen, who recently signed a contract extension with the National League (fifth division) club, was announced on Wednesday as one of four new candidates to join the show. There he will meet the daughter of former football prodigy Michael Owen, who is also hoping to win there.

However, his club, Halifax Town, were less impressed. "The matter will be reviewed upon his return," the club said on Twitter.

Curious enough and not really newsworthy except in our wonderful sports tag format were it not for one small detail:

The story of Jamie Allen, the Halifax player who now has to justify himself, happened exactly like this before. At Ted Lasso's. There, star striker Jamie Tartt leaves Manchester City in the second season to take on a leading role in the TV show "Lust Conquers All", which is also fictional.

Of course that goes horribly wrong, he's thrown out quickly and even Pep Guardiola, who plays himself, is no longer interested in him. Tartt just wanted to live his life to the full one more time. He had just found out about the death of Beatles George Harrison, who died in 2001, he explains.

Whether Jamie Allen is on a similar current news level has not yet been found out. "Life imitates art," one user commented online, while others worried about The Simpsons. So far, these have been the leaders in predicting real events. "We'll meet at the mansion," meanwhile Phil Dunster - who plays Jamie Tartt on the show - tweeted, blurring the lines between fiction and reality for good.

1 "There is no superiority": the DFB team... 2 "They are meant for each other": Pastor... 3 At the age of 82: Director Dieter Wedel has died 4 Lemke speaks climate plain text: "We have to... 5 Warentest examines Straffr: Is it better to train... 6 Shower gels in the Öko-Test: Test winner from drugstore... 7 NASA with possible sensation: Telescope "James... 8 Bavaria: S-Bahn dispute: opposition threatens with... 9 North Rhine-Westphalia: 36-year-old dies in a head-on... 10 Saxony: After a forest fire at the bastion: the police... 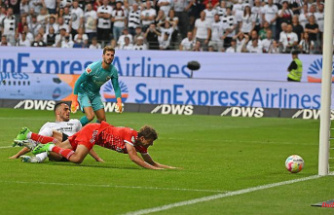 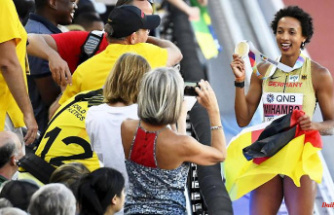 Mihambo in isolation before home EM: DLV fears for his greatest hope for a medal 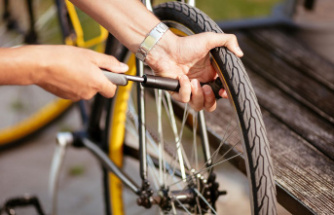 Bike equipment: mini bike pumps: a comparison of six models for on the go 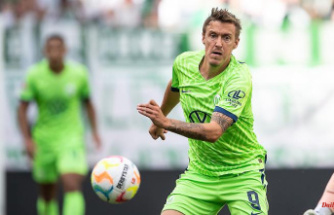 "Where do we live?": Max Kruse complains about the police operation 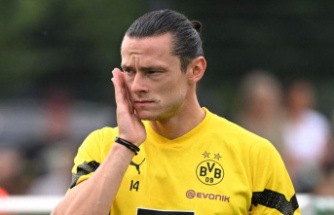 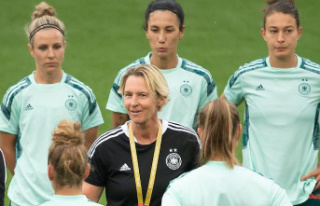 "There is no superiority": the DFB team...