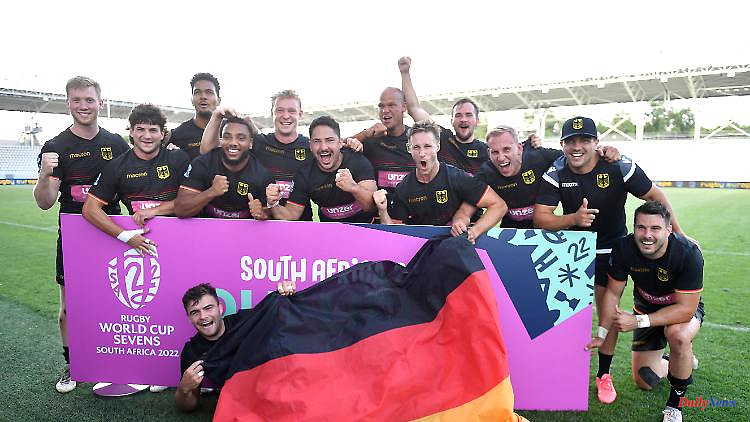 The men's national rugby 7s team makes history. After qualifying for a World Cup for the first time, the joy in the team knows no bounds. For the first time in the association's history, a national team will play in the concert of the best.

First history was written, then the party night started: The big break of the German 7-man national rugby team didn't end until early Monday morning. Even many hours after the final whistle, the first qualification for a world championship in the team is hard to comprehend, the joy knows no bounds. "It's a huge relief to have finally made it," said national coach Clemens von Grumbkow in an interview with the sports information service. Ten years after the first attempt, the men's selection secured the historic ticket for the World Cup in South Africa from September 9th to 11th at the qualifying tournament in Bucharest on Sunday. "We haven't really realized it yet," added von Grumbkow.

With an impressive dominance, the "wolf pack" marched through the group phase, even in the decisive game against Italy (24:7) they held their nerve. "I couldn't stop grinning," revealed von Grumbkow, who was only promoted to head coach in April: "It was like a big stone had fallen from my heart." In about seven weeks, the team around captain Carlos Soteras Merz will be involved in the concert of the big ones for the first time. In the picturesque World Cup arena in Cape Town, the German selection can hope for duels with the hosts or rugby heavyweight New Zealand in front of around 60,000 fans. "We'll see how far we can get," said von Grumbkow.

Merz and Co. celebrated the historic moment in the capital of Romania. "One or two beers" were drunk by von Grumbkow in the evening, then "the players went out and made Bucharest unsafe," he said. At 1:20 p.m. local time, the plane took off for home - everyday life awaited. Many players have to return to work on Tuesday. "Most of them are students who will go back to the university - or not," joked von Grumbkow, who had seen "a few tired faces" at the airport. But that is "okay, they deserve it".

The team will meet again in just one week, another major goal is imminent: qualifying for the world series in August. "We can go into the tournament with a lot of self-confidence. We're one of the favourites," emphasized von Grumbkow. After the impressive performances, this self-confidence is absolutely justified.

The German women, on the other hand, started with outsider chances, but lost 0:43 (0:24) to European champions Poland in the decider on Sunday and thus did not get any of the four tickets. Coach Cieran Anderson remained calm. "I think we can be proud of this team," he said. "Because they showed strong fighting performances and finally achieved what we set out to do, which was a place in the top eight teams and still be in the playoffs." 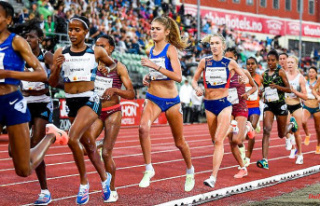