Alone Together, the concert of Jean-Michel Jarre for the music Festival, will be completely virtual

This is a world first: Jean-Michel Jarre will play live Sunday "in avatar, like in the Matrix", in a virtual world where he will be joined by avatars of membe 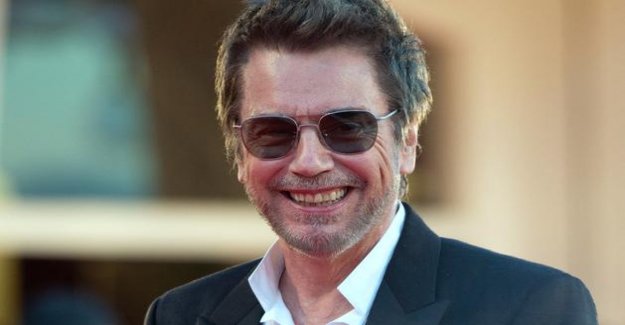 This is a world first: Jean-Michel Jarre will play live Sunday "in avatar, like in the Matrix", in a virtual world where he will be joined by avatars of members of the audience total immersion", he says Wednesday at the AFP. An avatar of the american rapper Travis Scott, had been seen in the video game Fortnite during the confinement. But the project Jar, Alone Together, created with the startup French VRrOOm, goes further.

"Everything that is done now, as with Fortnite, was pre-recorded, in a universe pre-existing. There, it is total immersion, in a space created and live. As in the Matrix. The concert will last 45 minutes, and there is interaction with the public. It is we, the artists, to propose new things", exposes the international star of the electro, always at the forefront of new technologies.

read also : the 12 million players of Fortnite followed the concert of a Travis Scott giant

The set of Jar, organised in the framework of the Fête de la Musique in France, will be broadcast live at 21: 15 on all digital platforms, accessible from any point on the globe (through the sites and networks of Jar and VRrOOm). The access to this show in augmented reality will be free of charge, as supported by the ministry of Culture in France, which also diffuses. But Jarre, who was president of the international Confederation of societies of authors and composers (Cisac), took the opportunity to take the alarm signal. "We must stop thinking that music is free like the air we breathe. Behind, there are authors, composers, but also producers, technicians, that it is necessary to pay at their fair value, and this event is the opportunity to recall".

"The platforms are the only ones to have made their butter for the containment on the back of the virus with the content of people who are struggling to feed themselves in different areas of the planet," he says. Jarre also took the opportunity to point out that "musicians are always the great forgotten of the system: the music classes are regarded as secondary and when one chooses this path, the first thing you hear is, "chosen you rather have a real job"".

The session to Sunday, will also be projected on a large screen in the courtyard of the Palais Royal in Paris in front of a selection of students of schools of training of sound and image, with smartphones and headphones. Then, these students will be able to chat directly with the avatar of Jar. Will then open a "door virtual" behind which the musician will in his studio, to reveal behind-the-scenes of the evening. "Augmented reality will never replace the live performance, but can complement it. It can be compared to the appearance of the cinema in relation to theatre," concludes the artist.

The editorial team conseilleAvec Hellfest from Home, the metal offers a edition virtuelleDévasté, Jean-Michel Jarre recounts his last meeting with his friend ChristopheFrance Music launches a virtual choir to sing Javanese of Serge GainsbourgSujetsJean-Michel JarreFête of the musiqueAlone TogetherAucun comment

1 Soprano, Cabrel, Angela... That have listened to the... 2 Requiem for Wolf Music, an institution in the musical... 3 The French music accuses 4.5 billion euros in losses... 4 Almodovar, Lelouch, Dardenne... The filmmakers on... 5 Departure of the balloon, a previously unseen Victor... 6 Funds of the european recovery : Brussels is hoping... 7 Dispute about the rescue package: The oomph of the... 8 Corona outbreak in Tönnies: health is set for profits... 9 Series about Catherine the Great: What a amazing madness 10 France wants to relocate the entire production chain... 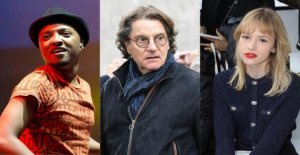 Soprano, Cabrel, Angela... That have listened to the...