From the Philippines to California: So the new underwater cable, Google and Amazon

Facebook, Google and Amazon, in collaboration with several local operators, will build a new network of submarine cables to connect several Asian and African co 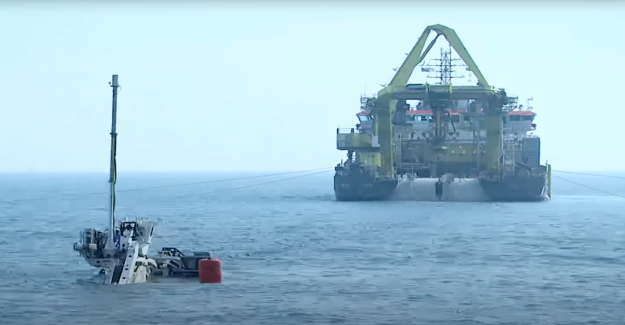 Facebook, Google and Amazon, in collaboration with several local operators, will build a new network of submarine cables to connect several Asian and African countries, with extensions to the US it is a set of projects that promises to improve the quality of connection for almost the Half of the population of the planet, but it will leave outside to China in key regions by the restrictions imposed by the administration of Donald Trump last year.

The most important cable, CAP-1, will connect California with Pagupud, in the Philippines, thanks to its 12,000 kilometers in length. It is a cable with six fiber optic threads that will offer a transmission capacity of 108 TBPS and that will start operating in 2022.

The initial project was more ambitious. Planned as a collaboration between the Chinese operator Mobile, Facebook and Amazon, one of the extremes of CAP-1 was going to reach the city of Hong Kong originally.

The commercial tension between the US and China, however, ruined this possibility. The "Clean Networks" plan, prepared by the Trump administration to ensure that the data flow that connects to the USA. With the rest of the world does not pass through controlled servers from Beijing, China Mobile was forced from the project. Facebook (through your Edge Cable Holdings Contractor) and Amazon, consequently, have become the only ones responsible for the deployment of it.

CAP-1 will join more than a dozen already installed submarine cables that now cross the Pacific, a list that will soon include Echo and Bifrost, two lines of communication in which Facebook will also participate.

These cables will use new routes around the Java Sea, connecting Indonesia and Singapore directly with the US "will increase by 70% the transpacific traffic of current data," explains Kevin Salvadori and Nico Roehrich, engineers of the company.

In the Pacific region, in addition, a new project coordinated between Google, Facebook and several telephony operators will also reinforce submarine communications between Japan, Taiwan, Guam, Philippines, Indonesia and Singapore.

This cable, which also leaves out China, has been baptized as ApoRot and will start operating in 2024, with a capacity of 190 Tbps. Also of 12,000 kilometers long, it will be the backbone of the 5g deployments and broadband access throughout the region.

Although underwater cables are nothing new, these are complex facilities that until recently only carried out large telephony operators, often with the help of several governments.

Many of the cables that will be deployed in the next five years, however, will be financed and operated by large technology companies such as Google or Amazon, which are increasingly controlling a greater part of the global data traffic. Facebook stands out within this group for the number of projects that has been added in recent years.

Unlike projects in the Pacific, on the 2FRICA branch that is deploying Facebook will participate by the Chinese operator Mobile, with important economic interests in the region.

The 2 AFRICA cable will be one of the longest in the world, almost 37,000 kilometers long (approximately the same length as the circumference of the planet). One of its ends will be in Barcelona and the other in the United Kingdom, but along its tour you will link with land stations in France, Italy, 23 countries in Africa, Saudi Arabia, Oman, and Portugal. It is expected that, once deployed, triplique the data flow of the continent.

1 So you can control your Android mobile with winks,... 2 This Dyson fan also cleans the formaldehyde air 3 How to prevent your computer or mobile from getting... 4 You can ask Google to erase information about your... 5 Honor presents Magic 3, his first phone on the margin... 6 Frosted showers, a meal a day and Bitcoin as a religion:... 7 Razer announces a keyboards customization kit 8 WhatsApp launches its expected tool to pass chat histories... 9 iPhone 13: Apple will bet everything to the camera 10 Samsung presents its new folding mobile phones, Galaxy... So you can control your Android mobile with winks,...