It should be the end of a tour through the Ostalb district. 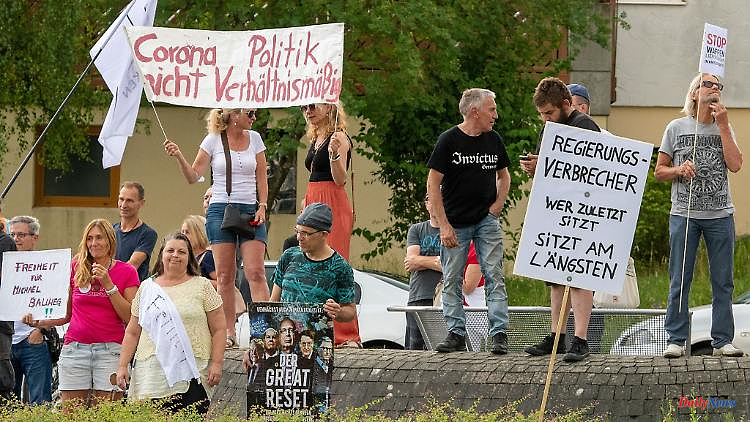 It should be the end of a tour through the Ostalb district. Loud opponents of the Corona policy await the Prime Minister at a citizens' reception in Aalen. The Green politician finds clear words.

Aalen (dpa / lsw) - Prime Minister Winfried Kretschmann was loudly received by demonstrators at a citizens' reception in Aalen (Ostalbkreis) on Thursday evening. Around 150 opponents of the Corona policy and so-called lateral thinkers gathered in front of the local vocational school center.

Some of the demonstrators held up posters with inscriptions such as "No vaccination, no mask requirement", others drew attention to themselves with loud whistles. They also criticized German arms deliveries to Ukraine to defend itself against Russia.

A speaker explained at the rally that one was also there out of solidarity with Michael Ballweg. The Stuttgart "lateral thinking" initiator has been in custody since Wednesday evening for investigations into fraud and money laundering.

Prime Minister Kretschmann had previously visited the battery manufacturer Varta in the district and inspected the new training center there as well as breaking ground for the new company headquarters in Ellwangen. The Greens politician did not meet the demonstrators in front of the hall in Aalen.

The prime minister nevertheless addressed clear words to them. "It gives us an idea of ​​how to do politics. Sometimes you have to make a noise," said Kretschmann, while calls of "liars" could be heard from outside in the hall. But then something has to follow - he misses that with these people, said the Green. "It would be good if they were not only cross, but also thought."

Kretschmann calmly responded to questions from citizens about solar systems, bullying at school or the nine-year high school and took his time. A citizen finally carried the opinion of the demonstrators into the hall and, with boos from other listeners, accused Kretschmann of a failed corona policy. The Prime Minister clearly denied this, but also showed self-criticism. Kretschmann was convinced that the measures taken were correct to protect the citizens.

Of course you didn't do everything right. That wasn't even possible because we didn't know enough at the time. "However, I want to make that clear to you: I would have done some things sharper and faster than I did," said Kretschmann. At the same time, he emphasized that "the full toolbox of measures" would also be needed in autumn in order to be able to react to the development of the pandemic. 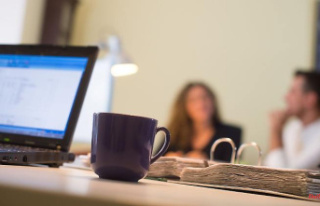