Tibor Pleiss does something that no German has ever done before: The basketball player wins the EuroLeague for the second time. 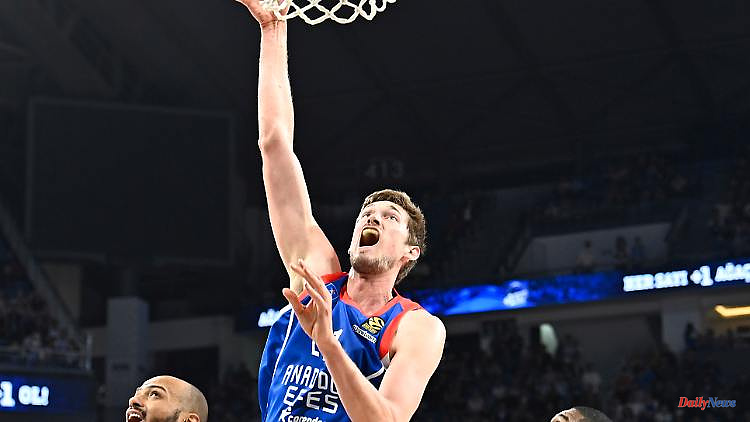 Tibor Pleiss does something that no German has ever done before: The basketball player wins the EuroLeague for the second time. And that largely away from the broader perception. Because of a rift in 2016, the center no longer plays for the German national team. That can change.

Tibor Pleiß was the first German basketball player to win the Euroleague for the second time. With his team Anadolu Efes Istanbul, the national team center won the final against Real Madrid on Saturday evening in Belgrade with 58:57 (29:34) and thus crowned an already very successful season. "It's crazy. This title means a lot to me. We really wanted to win the title again. We were so hungry for victory," said Pleiss, who played a major role in the triumph with 19 points and seven rebounds. Last year, Pleiss and the Turkish top club won the title in the European basketball premier class in Cologne, Pleiss's hometown.

Pleiß scored ten of his 19 points against Madrid in the final quarter. 65 seconds before the end, the former Bamberg player tapped the offensive rebound to make it 58:55. Apart from the 32-year-old Pleiß, only the German national basketball player Patrick Femerling has won the Euroleague with FC Barcelona. "That's the icing on the cake. I'll be happy to look back on this Final Four in Belgrade. Everything was just right here," said Pleiss.

The fact that Pleiß is still under the radar in Germany, despite his unique success, is also due to the fact that he has not played for the national team since the summer of 2016 after a quarrel with the association. At that time he had left the DBB selection in the middle of the European Championship qualification because he was in contract negotiations with clubs from the NBA and Europe after his time with the Utah Jazz had previously come to an end. The national coach at the time, Chris Fleming, paid no more attention to him after that.

But in the meantime the relationship with the association has normalized, the current national coach Gordon Herbert has Pleiß on the slip. "Of course Tibor is an issue," said the Canadian. Only recently was he in Istanbul to talk to Pleiß about the summer with the European Championships in Cologne and Berlin, among other places. It is not yet clear whether there will be a comeback. "My full focus is first on the Final Four in the Euroleague," said Pleiss before the tournament. The willingness to return to the national team is basically there, "but I have to listen to my body and see what my health says."

1 Leclerc's bitter failure: Verstappen rages and... 2 Corpses poison groundwater: Russians want to make... 3 Dispute over surviving Eitan: Gondola accident from... 4 "Has to give up all posts": Kubicki's... 5 Next victory at the Ice Hockey World Championship:... 6 A week after the state election: CDU and Greens in... 7 "It's frustrating": US military flies... 8 Breathtaking final sprint: Gündogan decides title... 9 Saturday Night Live exit: Pete Davidson mocks Will... 10 US ambassador summoned: Ankara clashes with Washington 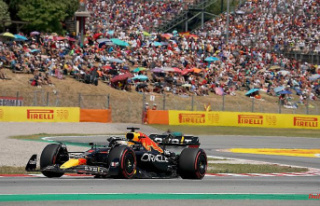