Be it a beer garden, a garden party or just a piece of cake on the balcony. 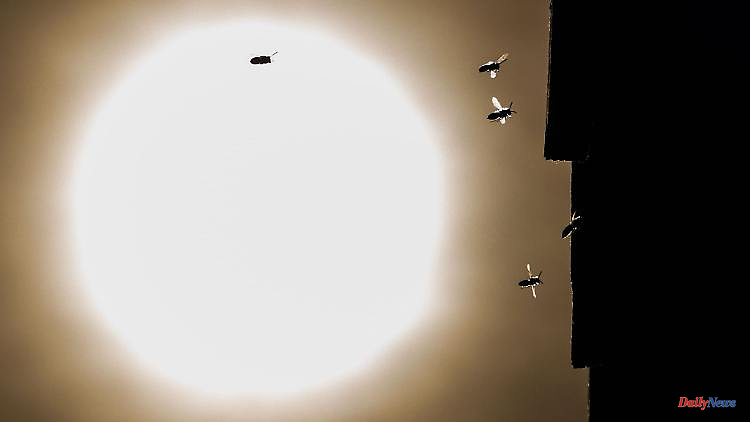 Be it a beer garden, a garden party or just a piece of cake on the balcony. Wasps can get really annoying. The year so far has been very dry, especially in northern Bavaria - good for the insects.

Hilpoltstein (dpa / lby) - People in Bavaria could be threatened with an August full of wasps due to the dry weather. "If it continues to have little rain, it will develop into a wasp year," predicted insect expert Tarja Richter from the State Association for Bird Protection in Hilpoltstein, in central Franconia. A little rain is a good thing for the wasps.

This year's wasp generation will reach its full size from August, the biologist explained. New queens and males are produced - accordingly, the colony needs a lot of food. Food that the wasps pick up at the garden party - whether cake, jam or cola.

The federal government recommends spraying wasps with atomized water. Then the wasps would fly back to their nest because they thought it was raining. Insect expert Richter also suggests a distraction: cut grape halves a few meters away, which the wasps could fly to.

And even if the little animals can be annoying - biologist Richter reminds us how useful wasps can be. For the ecosystem, for example, because they pollinate crops and wildflowers. They also hunt the caterpillars of pests and sometimes catch annoying mosquitoes or flies.

There are several species of wasps in Germany, but only two of them are annoying to humans - the common wasp and the German wasp. Species such as the red wasp or the Saxon wasp are harmless to humans. 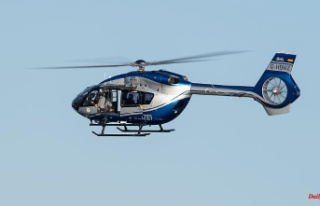 Baden-Württemberg: Three injured after an accident:...