They are a horror for every hobby gardener and a real problem in parks: slugs and caterpillars. 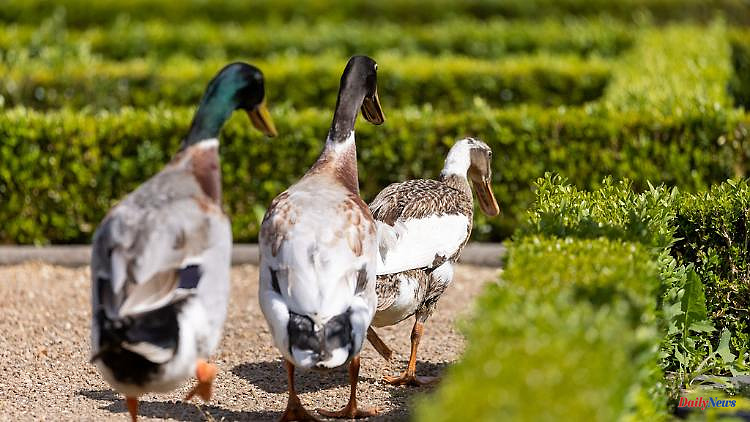 They are a horror for every hobby gardener and a real problem in parks: slugs and caterpillars. The ducks are now loose in the Ansbacher Hofgarten to keep the voracious pests in check.

Ansbach (dpa / lby) - Carl Wilhelm Friedrich and his family have a blessed appetite - and that's a good thing. In the Ansbacher Hofgarten, the Indian ducks are supposed to devour a large number of slugs and caterpillars of the box tree moth. "They are very full when they have a break at lunchtime," says garden manager Tamara Sand. The three ducks have been hunting snails in the courtyard garden for a few weeks. The first successes are already visible, says Sand.

Every morning from Monday to Friday, the farm manager lets the ducks out of their enclosure. Until midday, Carl Wilhelm Friedrich, his partner Friederike Louise and her son Carl Friedrich August - named after the penultimate Margrave of Ansbach and his family - can fill their stomachs in the 3,600 square meter herb garden. After that, they would first have to take a long nap in the afternoon to recover from the exertion, says Sand.

In the herb garden, the slugs attack herbs and flowers, while the boxwood moth endangers the bed borders made of boxwood. "We wanted to do without chemical pesticides," says Sand. When she was looking for other options, she came across the Indian runner ducks. This year, Sand wants to test snail hunting with three ducks. "Then we'll take a look."

1 Hessen: 146 of the planned counting points for bicycle... 2 Unusual. He will run backwards while he climbs the... 3 North Rhine-Westphalia: A4 near Cologne closed this... 4 Hessen: 13 injured in an accident with two buses 5 Brazil. Two men disappeared in the Amazon on Sunday:... 6 Thuringia: Around 210,000 Thuringians can elect mayors 7 Saxony-Anhalt: Commissioner Neumann-Becker in the... 8 Saxony: accident when overtaking: driver seriously... 9 Ukraine: War. Live: The city of Severodonetsk is almost... 10 Credit rating agencies: You can do this against negative... 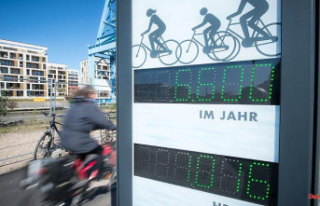 Hessen: 146 of the planned counting points for bicycle...