Borne announces the creation of an "ambassador for LGBT rights" position

The head of government spoke during a visit to the LGBT (lesbian, gay, bi, trans) center in Orléans, on the occasion of the fortieth anniversary of the repeal of discrimination between heterosexual and homosexual relationships introduced in the Penal Code by the Vichy regime. 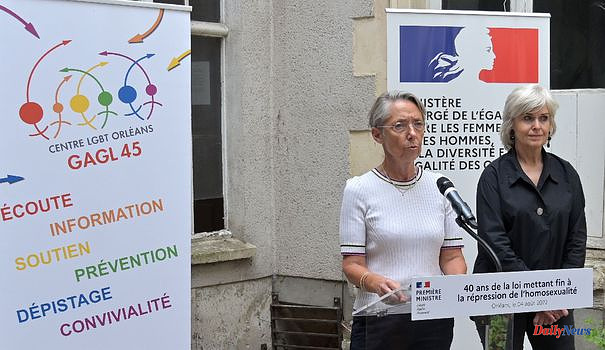 The head of government spoke during a visit to the LGBT (lesbian, gay, bi, trans) center in Orléans, on the occasion of the fortieth anniversary of the repeal of discrimination between heterosexual and homosexual relationships introduced in the Penal Code by the Vichy regime.

This ambassador "will coordinate the action of the Ministry for Europe and Foreign Affairs for the protection against discrimination and the promotion of LGBT rights and will carry the voice of France", indicated Ms. Borne, in particular to defend "universal decriminalization homosexuality and transidentity".

The Prime Minister also praised "the exemplary work of LGBT associations and centres", "identifiable and accessible entry points for many people who do not know where to turn" and who, last year, "have helped nearly 6,000 people across our country."

The fund of three million euros should allow the creation of ten new centers, so that there are at least two centers in each region of France and at least one center in each overseas region.

"The battle of mentalities is not yet won", warned Elisabeth Borne, noting that "anti-LGBT hatred continues to exclude, hurt and even sometimes kill".

Asked about Minister Caroline Cayeux, who had caused an uproar in mid-July, in particular for having designated homosexuals by the formula "those people", the head of government deplored "hurtful expressions" but insisted that he did not There was "no ambiguity about the commitment of all the members of (his) government, who share the same vision of a progressive society".

Regarding a bill brought by PS Senator Hussein Bourgi seeking compensation for people convicted of homosexuality between 1942 and 1982, the Prime Minister said that she "heard it" and that she was going to "look at it ".

"It's not a simple subject to know how to repair wounds that may have been caused by discrimination", she observed, considering "it is important, already, to note that the introduction of discrimination in the law had been wrongful, and to salute and commemorate the repeal of these provisions".

The Vichy regime had introduced discrimination between heterosexual relations - the sexual majority then being set at 15 years - and homosexual relations, penalized if one of the partners was a minor (at the time, 21 years old).

Discrimination remained in force when the age of majority was lowered to 18 in 1974, before the left repealed it in 1982 and aligned sexual majority at 15, regardless of the sex of the partners. 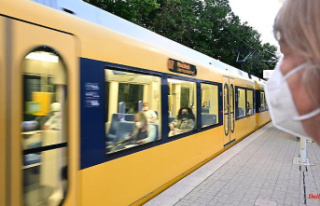