Can the Chinese giant Alibaba be expelled from Wall Street?

The troubles continue for Alibaba. 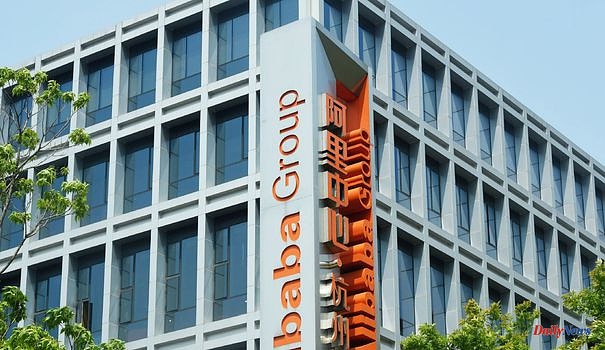 The troubles continue for Alibaba. The Chinese e-commerce giant published a slight decline in quarterly revenue on Thursday, August 4 for the first time in its history, against a backdrop of economic slowdown and regulatory tightening. For the first quarter of its staggered fiscal year, between April and June 2022, turnover stood at 205.55 billion yuan, or 30.7 billion dollars, detailed the group in a press release in which it mentions a "decline" in commerce activities compensated by those on the cloud. “After relatively weak April and May, we are seeing signs of recovery in our business in June,” said group CEO Daniel Zhang. Last year, at the same time, its sales had increased by 34% over one year, to 205.7 billion yuan.

On Friday, July 29, Alibaba's stock suffered a spectacular fall on the New York Stock Exchange, down -11.1%. On Monday August 1, Alibaba's stock continued to fall, ending the session down more than 5%, its lowest level since May. At issue: the American financial market watchdog, which indicated on July 29 that it had added the Chinese company to a list of more than 250 companies that could be expelled from Wall Street if they did not meet strict criteria in auditing for three consecutive years. This announcement came in a context of tensions between Washington and Beijing around several issues, including Taiwan.

On July 26, the Chinese e-commerce giant announced that it was going to make Hong Kong its other main listing market, along with Wall Street where it has already been present since 2014, in order to have better access investors from Mainland China.

The Alibaba group has already been listed in Hong Kong since 2019. But for the moment it is only a secondary listing, not allowing it to participate in the lucrative Stock Connect program which links the Hong Kong stock exchanges to those of Shanghai and Shenzhen. . The move, which will come into effect by the end of the year, came amid growing concerns among New York-listed Chinese tech companies about tighter regulation by US authorities. Beijing has opposed an attempt by US regulators to inspect the documents of Chinese companies listed in the United States. Alibaba is thus one of those at risk of being delisted in New York if no agreement is reached.

Long considered a model of success in China, Alibaba, based in Hangzhou, in the east of the country, is one of many tech behemoths trapped in a sweeping crackdown on alleged anti-competitive practices since late 2020. in China. The authorities are intransigent against certain practices of the digital giants - previously widely tolerated - in terms of the collection of personal data and competition. Beijing has thus multiplied the blows against powerful internet companies, prevented from raising money internationally or fined for abuse of a dominant position. These measures have caused the sector to lose billions of dollars in market capitalization.

At the end of 2020, the regulators had, for example, derailed the gigantic IPO of the subsidiary of Alibaba, Ant Group. The firm, which saw itself raising 34 billion dollars in Hong Kong and Shanghai, had been prevented from doing so in extremis by the authorities, worried about possible financial risks. In the process, Jack Ma had disappeared from the radar for two and a half months, a silence which had then raised many questions, particularly of a political nature.

Alibaba, whose net profit fell 59% in 2021, was fined 2.3 billion euros that year, or about 4% of its turnover in 2019, for violating the anti-monopoly rules and abused its dominant market position. It is the highest antitrust fine ever imposed in the country. “We sincerely accept this sanction and we will firmly comply with it,” reacted Alibaba, pledging to bring its activities into compliance with the regulations “and to better assume” its “social responsibilities”.

The country's economy is also slowed down by anti-Covid restrictions, which in turn makes consumers very cautious and penalizes e-commerce companies. China has been facing a resurgence of the pandemic for several months, which is affecting several areas of the country to varying degrees. Under a strict zero Covid health strategy, cities were locked down, starting with the economic capital Shanghai, for two months in the spring. This obviously had a significant impact on the world's second largest economy. 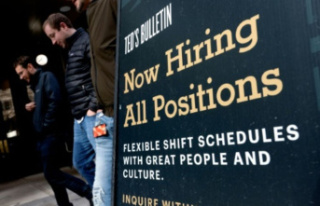 US unemployment rate falls to pre-crisis level of...