The workers at the trans-Alaska pipeline's end use saws to remove large blocks of hard-packed powdered snow from oil storage tanks. 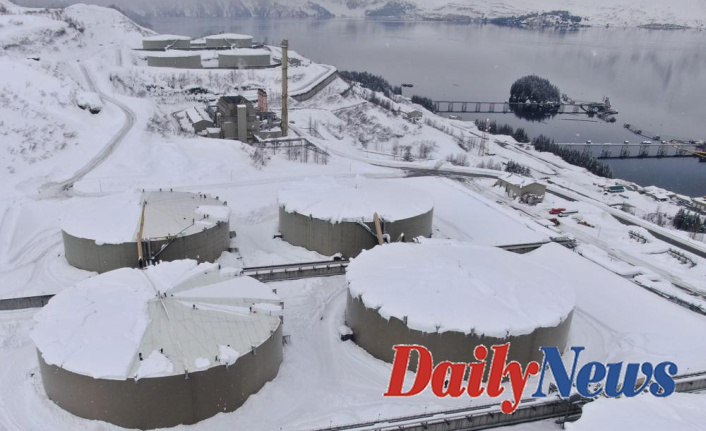 The snow accumulation in Valdez, which was more than 4 feet (1.2 meters) high, occurred between February and March, according to the Anchorage Daily News.

The tanks are located at Valdez Marine Terminal. Alyeska stated that it periodically took some of the 14 tanks from service. According to the company, there have not been any disruptions in oil shipments.

Michelle Egan, spokesperson for Alyeska, stated that 80 contractors are wearing respirators to keep them safe from fumes and work in shifts to clear snow from the tanks. Additional resources are planned.

Contractors are roped to the tops and must use handsaws for snow removal. Power tools can cause sparks, which could set the petroluem in the tanks ablaze.

Egan stated, "That takes tremendous focus." We do everything very carefully and safely. It can take as long as it takes.

The oil is stored in the tanks until it is transported to tankers. Alyeska is owned and operated by ConocoPhillips Exxon Mobil, Hilcorp and Hilcorp. Through the pipeline's 800-mile (1,287 km) length, approximately 500,000 barrels are transported daily.

At different points, up to four tanks were taken out of service after snow accumulation ripped off valves along the roofs of the tanks. A system is used to regulate oil vapors. The snow accumulation created enough force to remove 10 valves.

A state regulator stated that at least seven tanks had released vapors into atmosphere, in violation of Alyeska’s Clean Air Act permit.

Moses Coss, an official at the Alaska Department of Environmental Conservation said that potential penalties and enforcement actions are still being decided.

Egan stated in an email to The Daily News that "we have been in touch with our regulators from the beginning." "We followed our permit and properly reported emissions."

Because of the possibility of hydrocarbons such as benzene being released from the valves, the contractors are wearing respirators. This is a carcinogenic chemical and can be dangerous at high levels.

To prevent workers from falling, they wear traction devices and are tied to the tanks by ropes.

Four workers fell while clearing snow. The company called these "first aid injuries" and sent a letter to the employees. Anchorage Newspaper obtained a copy. 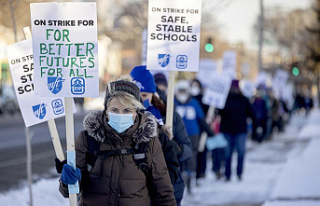